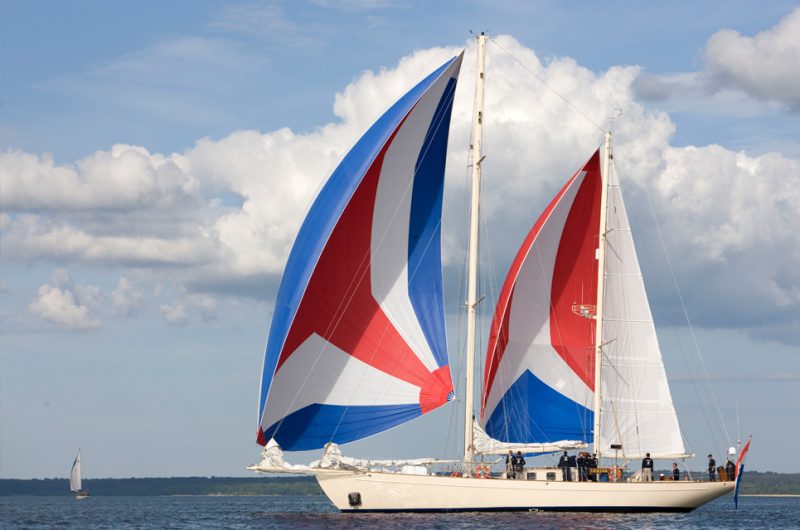 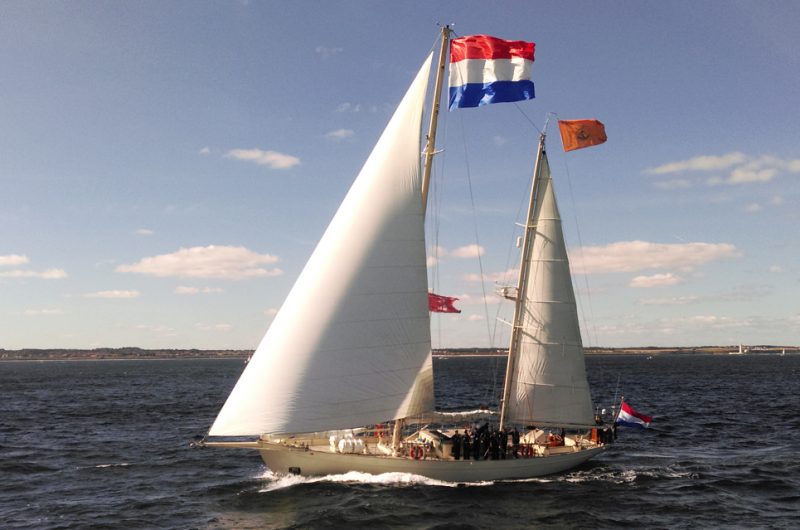 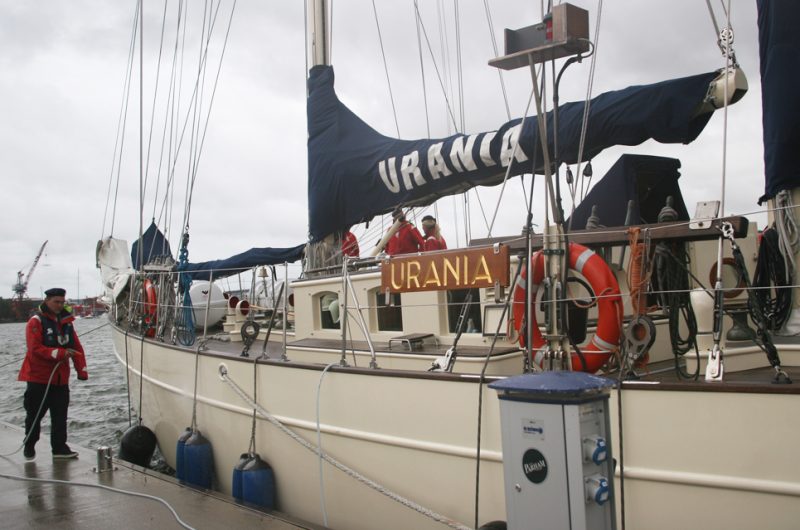 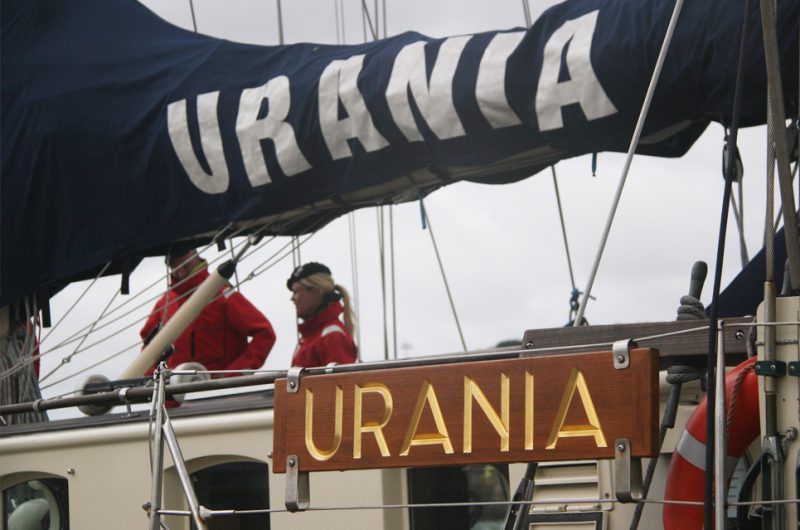 The Royal Netherlands Navy has owned a sail training ship, Urania, since 1830. The name comes from Greek mythology where Urania was the muse of astronomy. Her crest represents this with the signs of the zodiac and her motto means ‘vigilance without fear’.

The current Urania is the sixth and was built in 2003/2004. The lines of Urania are based on the lines of the former Urania to a design of Olivier van Meer, but built to the 2004 standards. She has accommodation for a crew of seventeen and is rigged as a ketch. Urania is used as a training ship for training of midshipmen.

Urania competed in the Tall Ships Atlantic Challenge 2009 and won the Friendship Trophy for this race series.