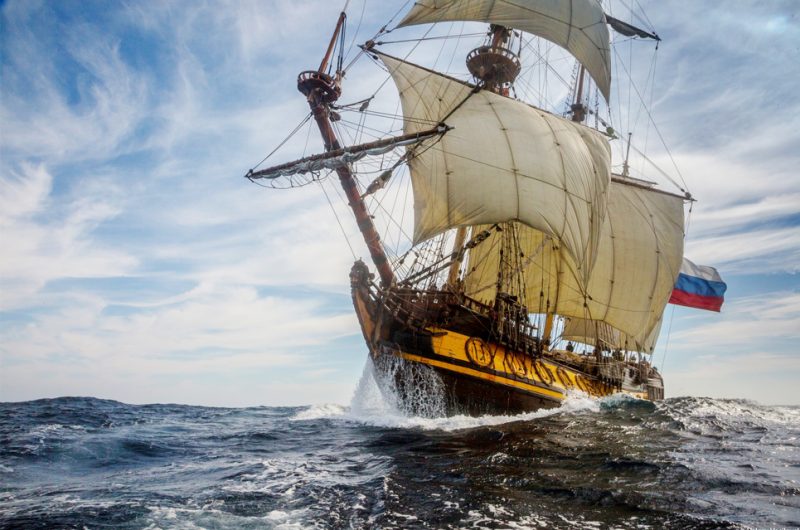 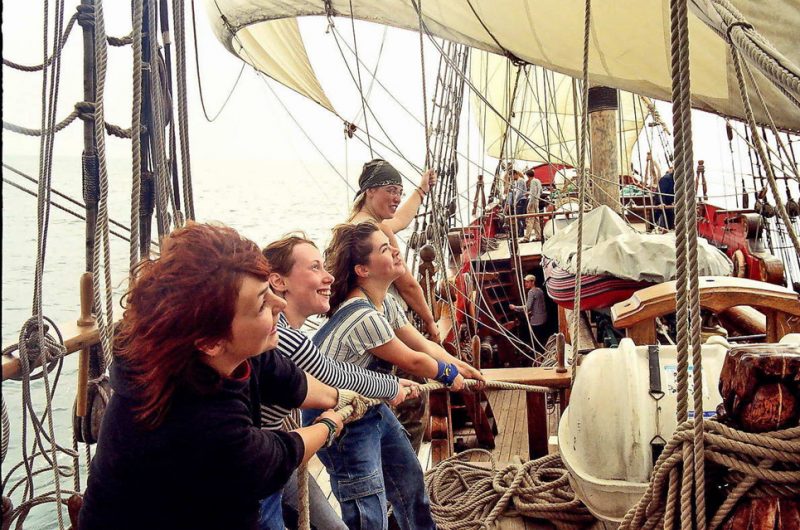 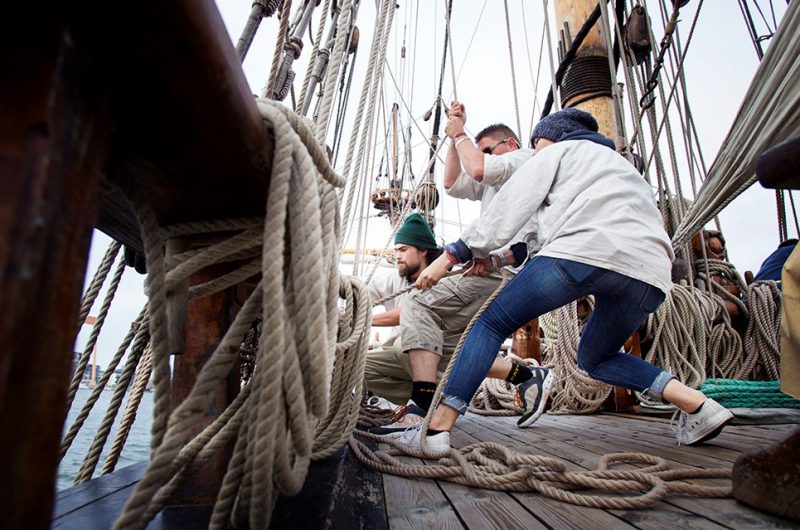 Trainees hard at work on board Russian Tall Ship Shtandart. 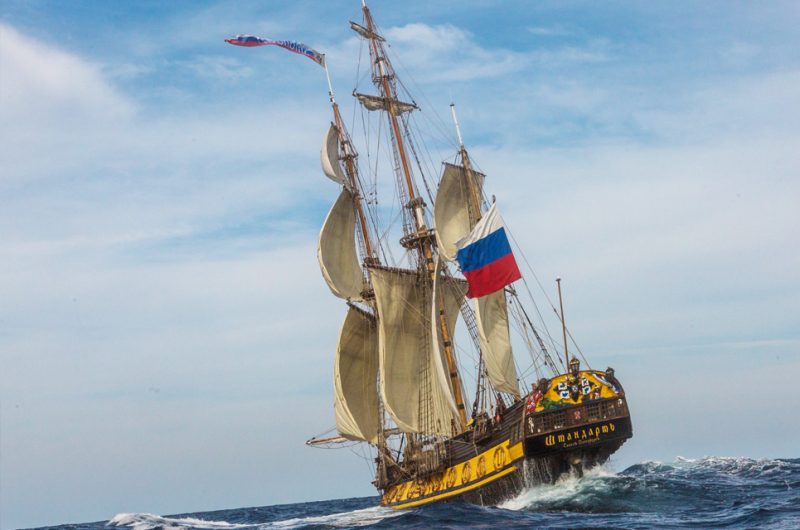 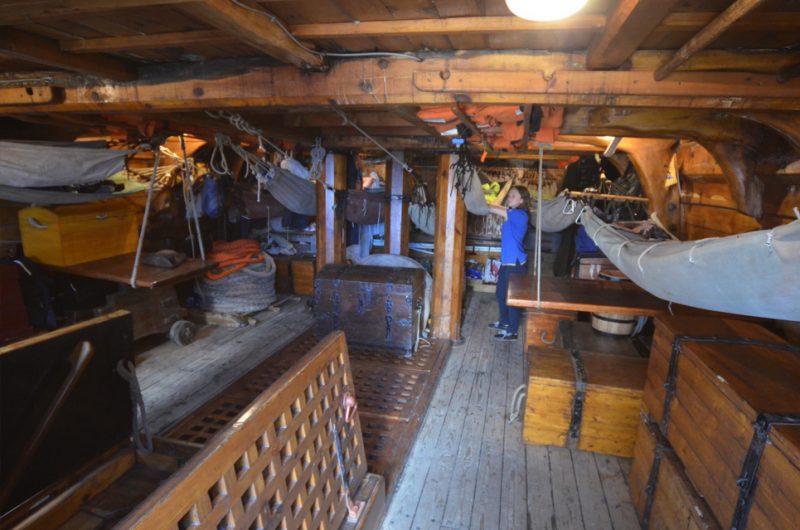 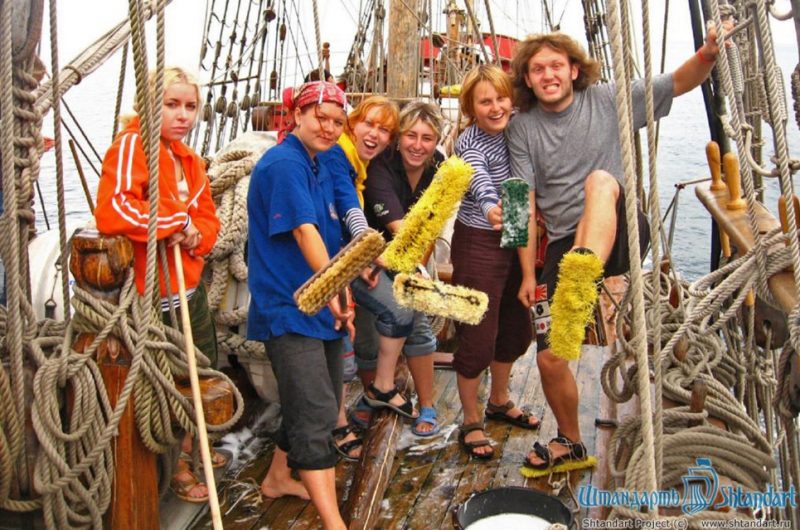 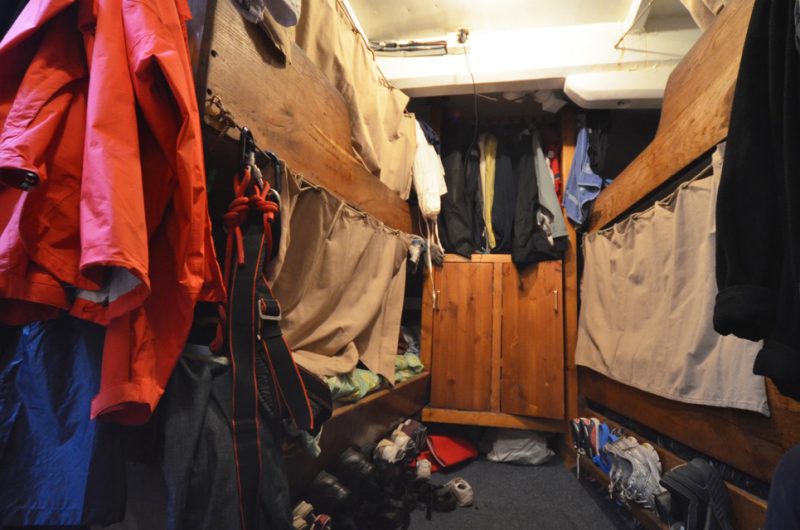 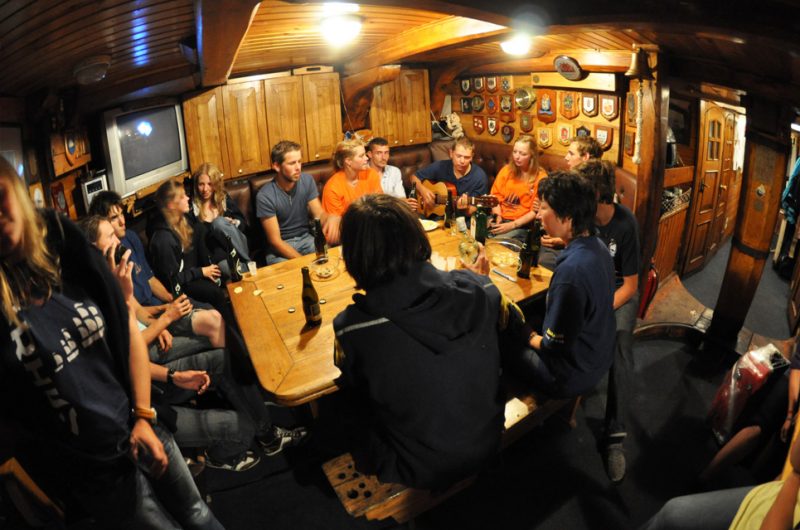 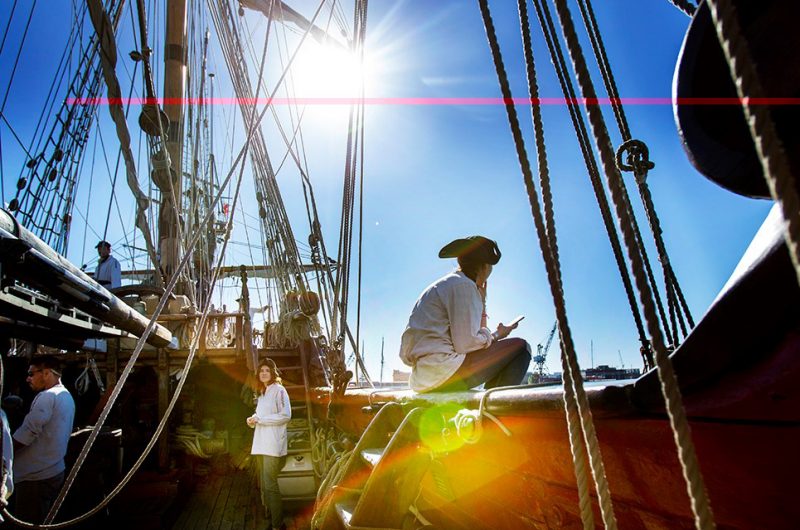 Trainees on board the Russian vessel Shtandart. 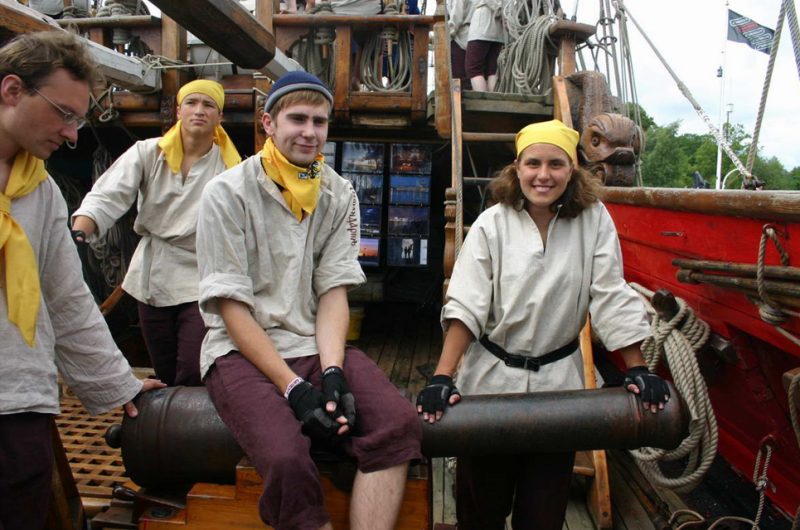 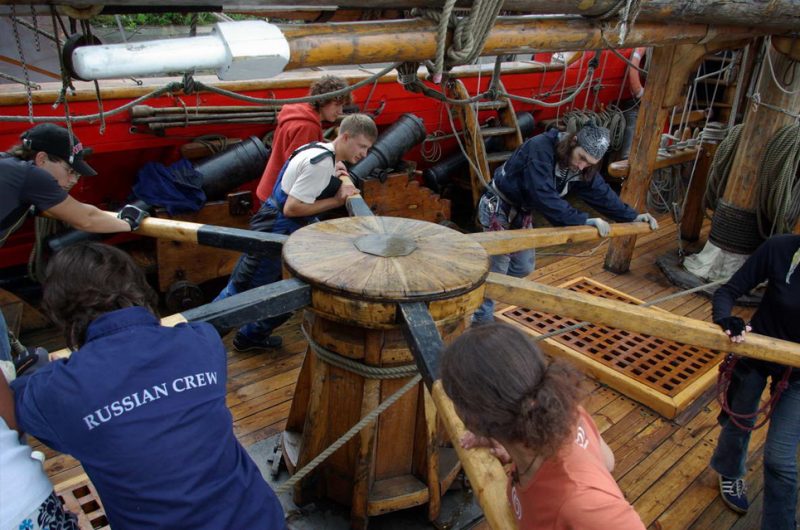 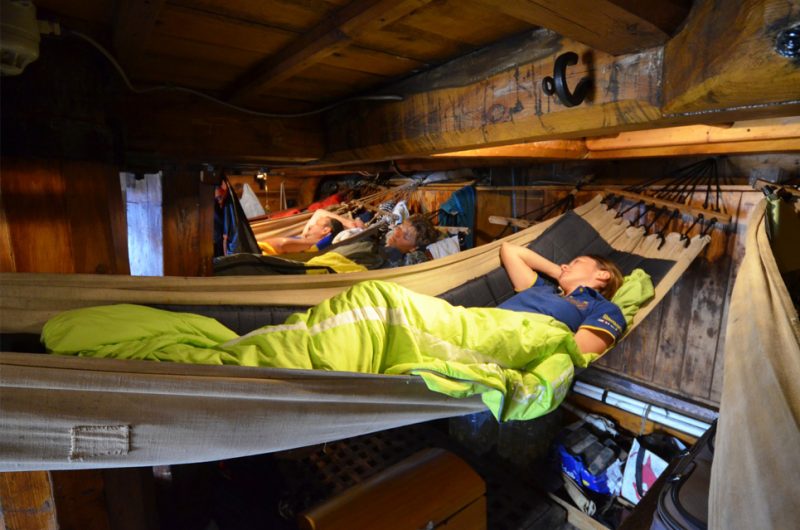 Shtandart is a replica of the 1703 frigate built by Peter the Great. In 1994, the Shtandart Project had the necessary elements to begin building the ship at St Petersburg – a location, skilled people, start-up money and the plans and diagrams of the vessel.

No actual plans of the original Shtandart had survived, but coincidentally an experienced naval historian, Victor Krainyukov, had been commissioned in 1987 by the Hermitage museum in St. Petersburg to find out everything possible about this ship. He researched Russian archives and records and also gleaned information about ship design and construction from Dutch, French and British authors of the time. He also found an 18th-century engraving which showed the Shtandart in naval action.

From all these combined sources, basic plans were drawn up and a model constructed in 1991. All this information became the basis of the design of the new replica Shtandart.

The hull length of the Shtandart is 30 meters, 100 ft, and therefore required a lot of wood. Oak for the keel and frames, pine for the deck, masts and yards, larch for the hull and deck planking and lime for the carvings would normally be a huge expense. But thanks to local officials, large quantities of wood were obtained from parks around St. Petersburg.

Interestingly, the larch was gathered from a forest planted in 1730 to produce wood for ships. As was traditional for the period, the ship is richly decorated with beautiful carvings. On the bow, there is a lion figurehead and mermaids. There are wreaths around the gunports and on the transom, a three-headed dragon, flags, the imperial crest and King Neptune riding on the sea.

Shtandart often participates in the Tall Ships Races when they are held in the Baltic.

With a small crew, every crew member has important responsibilities. We do trust to our trainees to do the real job of steering, manoeuvring, trimming sails, going aloft. It is a lot of practical knowledge you would need. "Learning by doing" is a good way forward. In seven days, we will cover almost the full RYA syllabus for Day skipper.
Find your adventure
This site uses cookies: Find out more.