As crowds of spirited onlookers gathered along the parade route, the crews of the Tall Ships fleet paraded along a 2km route that took them from Tollbodplassen through to Library Park. From there, it was time to really get the party started with the Prize Giving Ceremony. 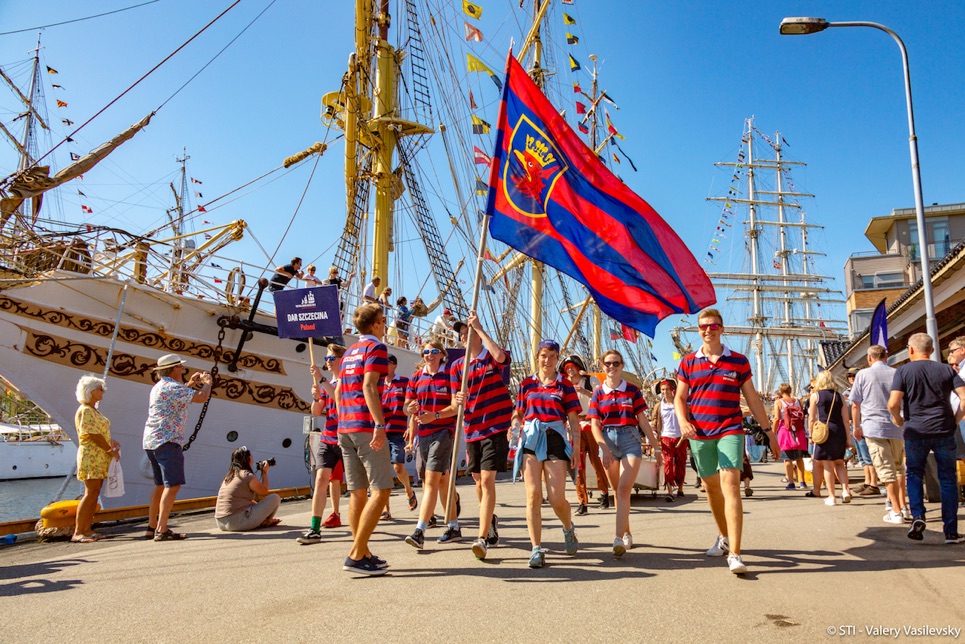 1ST ON CORRECTED TIME IN CLASS A:

2ND ON CORRECTED TIME IN CLASS A:

3RD ON CORRECTED TIME IN CLASS A:

1ST ON CORRECTED TIME IN CLASS B:

2ND ON CORRECTED TIME IN CLASS B:

3RD ON CORRECTED TIME IN CLASS B:

COMMUNICATIONS AWARD FOR RACE One:

BEST IN CREW PARADE (CLASS A):

Before the Crew Parade and Prize Giving Ceremony, trainees representing many of the nations taking part in the Tall Ships Races 2019 gathered on the Foten beach to take part in a beach clean. Assisting the local environmental organisation, Kystlotteriet, they took time to improve the environment for marine life on one of Fredrikstad’s most popular beaches.

The beach clean is just one of many cultural exchanges in port that forms a major part of the life-changing experience for many of the trainees taking part in the Tall Ships Races. This year’s event has attracted young people from across Europe and all corners of the globe and brought them together in the spirit of international friendship and understanding.

Fredrikstad is Norway’s sixth-largest city and holds seas and water at the heart of it’s daily life. Since it’s founding over 450 years ago, it has held Norway’s longest river, the Glomma river, close as a crucial hub for development and city activities. 2019 will mark the third time that the Tall Ships Races have visited the Norwegian city and Norway’s “gateway to Europe” is sure to provide another memorable four days of maritime celebrations and entertainment.