The Tall Ships Races 2019 Fredrikstad: Setting Sail for the Cruise in Company

After an action packed four days in the beautiful port of Fredrikstad, the Tall Ships fleet took part in a spectacular Parade of Sail out of Fredrikstad…

The second Host Port stop of the Tall Ships Races 2019 has been a fantastic success. Once again, the Tall Ships fleet have entertained hundreds of thousands of spectators over four days of glorious Norwegian sun. During the event, crews and spectators have been treated to a wide array of cultural activities, live music, sports and entertainment including a stunning fireworks display on the final night of the festivities. 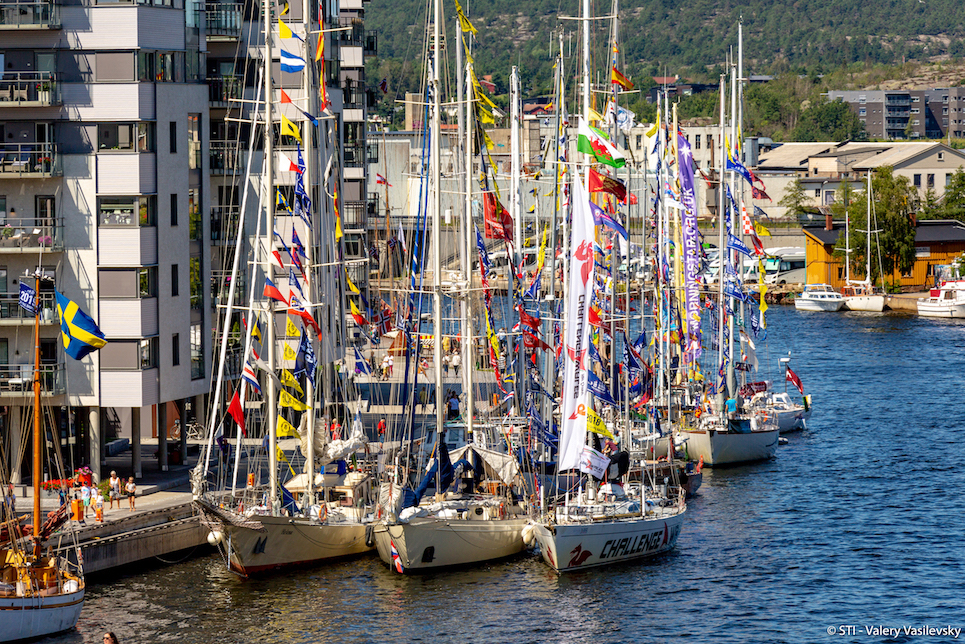 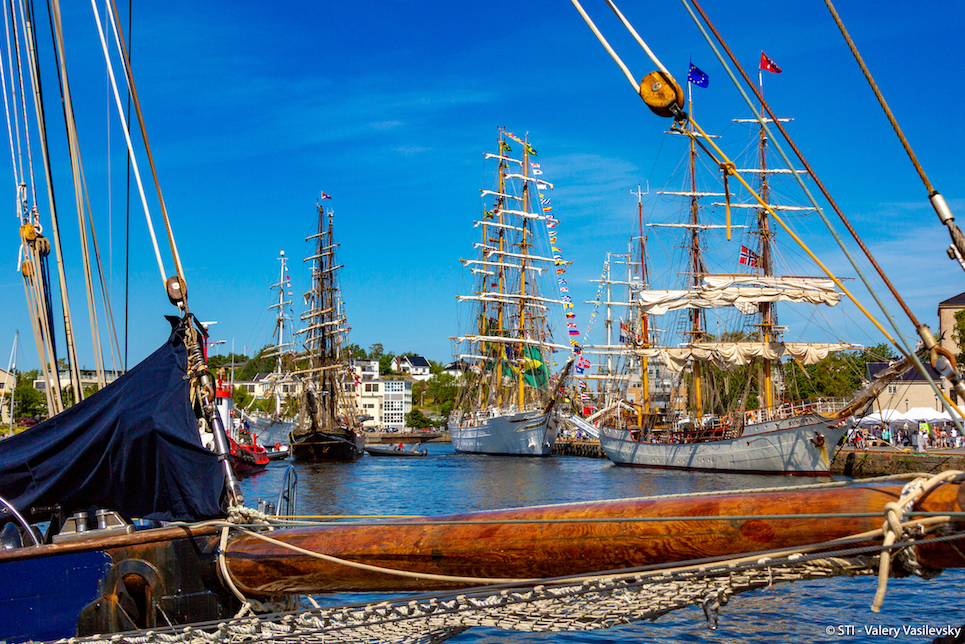 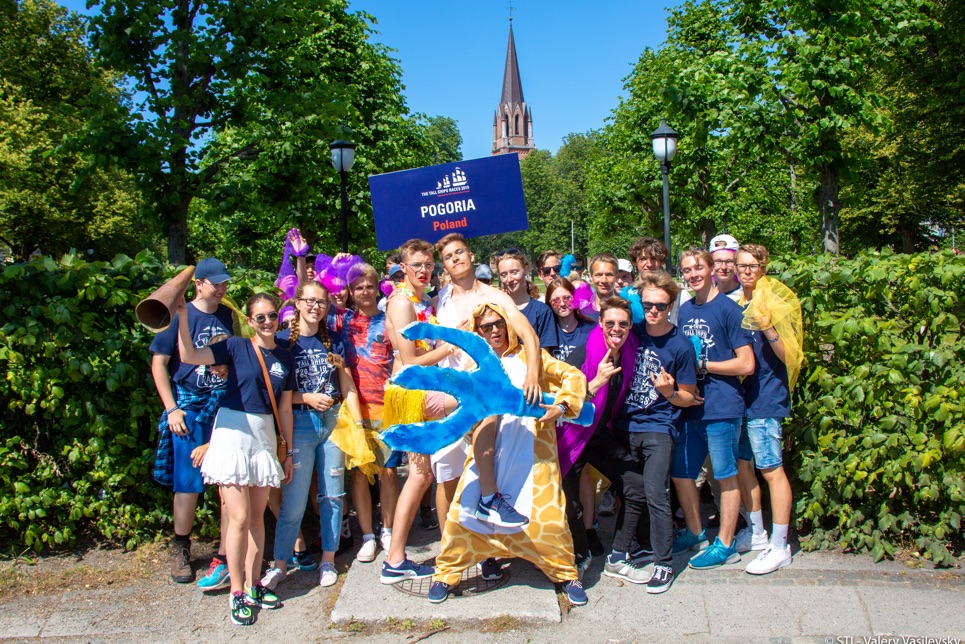 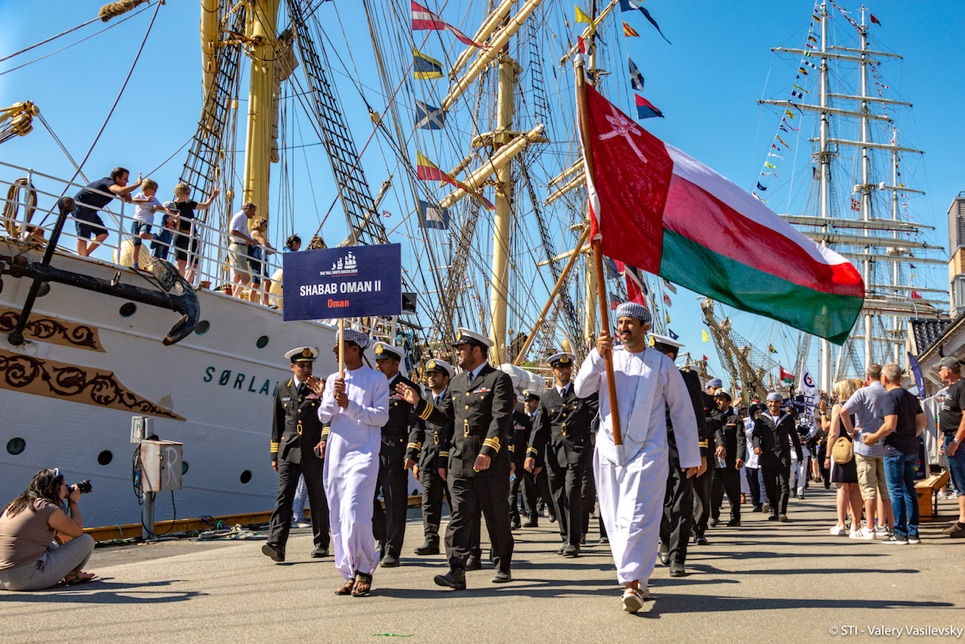 As is tradition after every Host Port stop for the Tall Ships fleet, today they took part in a breathtaking Parade of Sail out of the port before setting sail on the Cruise-in-Company leg of the series. Departing at 1300 local time, the parade saw spectators line the port to wave goodbye to the fleet.

Meanwhile, there were emotional farewells for many of the trainees from Aalborg, who sailed in Race One and left their vessels in Fredrikstad, who will now embark on the next phase of their lives with expanded horizons. For some, this will be the first of many life changing adventures at sea, but for all it will certainly be a week of excitement and achievement they’ll never forget.

Looking Forward to the Cruise-In-Company

Following the celebrations in Fredrikstad, the Tall Ships fleet will embark on the Cruise-in-Company leg of this year’s races. Unlike race legs, this leg will provide crews with the chance to embrace a more relaxing life at sea amongst beautiful Norwegian surroundings. Throughout this cruise, the Tall and Small Ships will have the opportunity to stop in a number of different ports where they will be greeted with festivities and celebrations.

Stord is the centre for the entire Sunnhordland region. In Stord, the crews will only ever be a few moments away from new experiences. Here you can go skiing in perpetual snow, swim in the sea, fish for trout in the rivers and for pollock in the sea, all in one day.

Kvinnherad Kommune is situated on the Hardanger fjord next to Folgefonna National Park. It is famous for its beautiful coastline, stretching from the north with dramatic scenery with waterfalls and steep mountains to the south with a mild coastline and beautiful islands.

Located just outside of the third Host Port of this year’s race series, Bergen, Askøy Kommune is a cultural hub for art, museums, cafes and live music. It’s picturesque harbour, Strausshamn, has long been a favourite of both local and long distance sailors.

Hå Kommune is home to the village and harbour town of Sirevåg. Every summer the idyllic harbour is a popular destination for sailors and boaters. It is also a favourite of tourists thanks to its untouched mountainous caves and multiple scenic viewpoints.

The port of Bekkjarvik is situated in Austevoll Kommune and is a favourite throughout Norway. In 2015 the port was awarded a prize for being the best port in Norway for boaters and distance sailors. Throughout the year there are exhibitions, concerts and other events that are sure to entertain.

Along the beautiful southern coast of Norway is the small town Arendal. The town comes to life with an array of  activities from May through August including international markets, sightseeing tours and music festivals.

The perfect stop for vessels just after finishing the Parade of Sail, the smaller port of Dypedal in Hvaler Kommune is just along the Norwegian coast from Fredrikstad. It is a hub of natural beauty with warm beaches scattered across many of the surrounding islands.

Fredrikstad is Norway’s sixth-largest city and holds seas and water at the heart of it’s daily life. Since it’s founding over 450 years ago, it has held Norway’s longest river, the Glomma river, close as a crucial hub for development and city activities. 2019 will mark the third time that the Tall Ships Races have visited the Norwegian city and Norway’s “gateway to Europe” is sure to provide another memorable four days of maritime celebrations and entertainment.

This year, Europe’s largest and free family-friendly festival will visit north-west Europe during the summer, with a fleet of over 70 international Tall and Small Ships. The three-leg event will see vessels sailing from Aalborg, Denmark to Fredrikstad, Norway. Following this there will be a stunning Cruise-in-Company along the coast of Norway to Bergen and a nail-biting race back to Aarhus, Denmark.