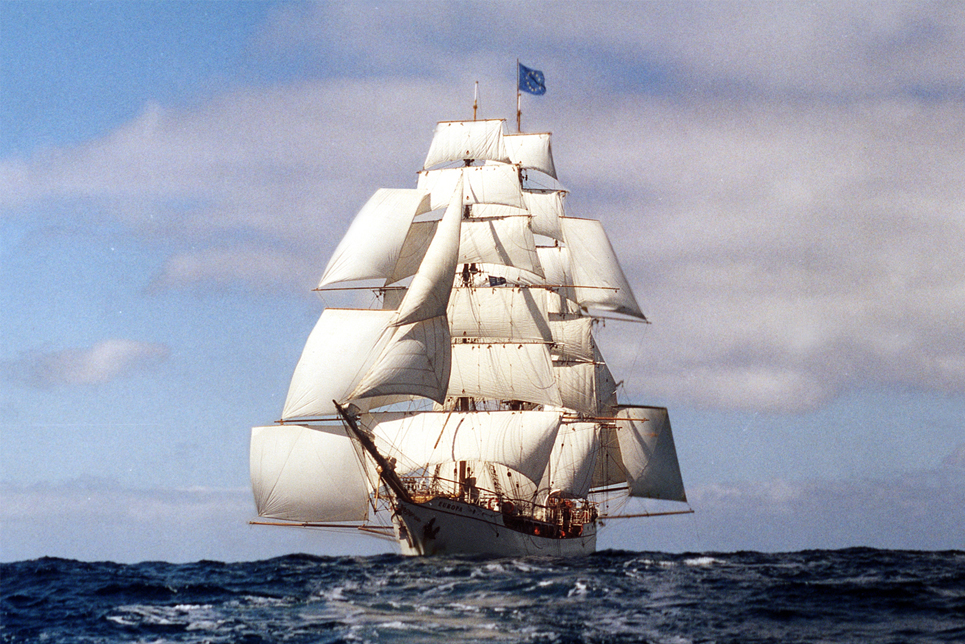 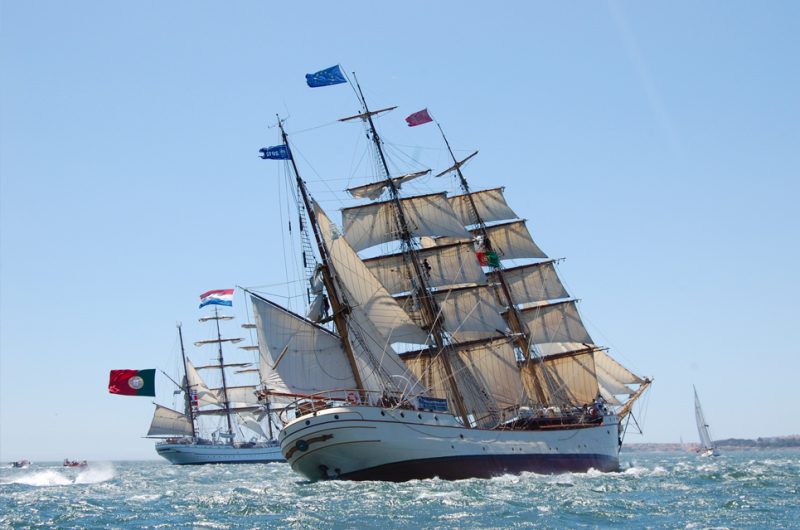 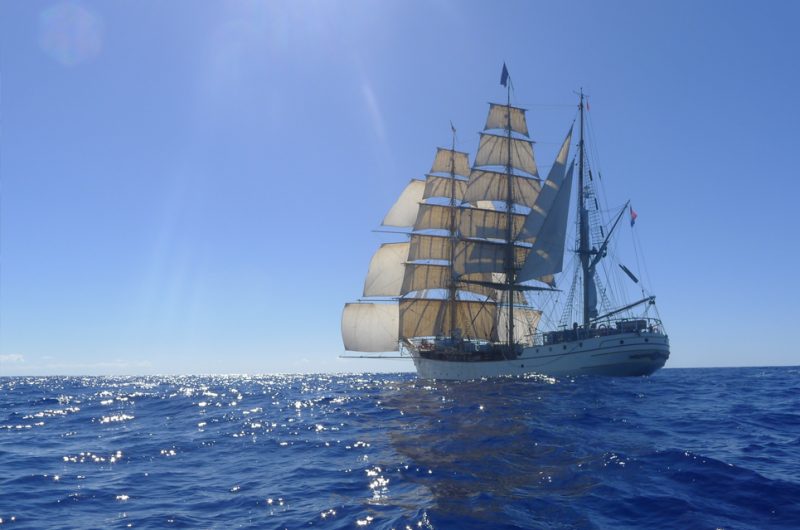 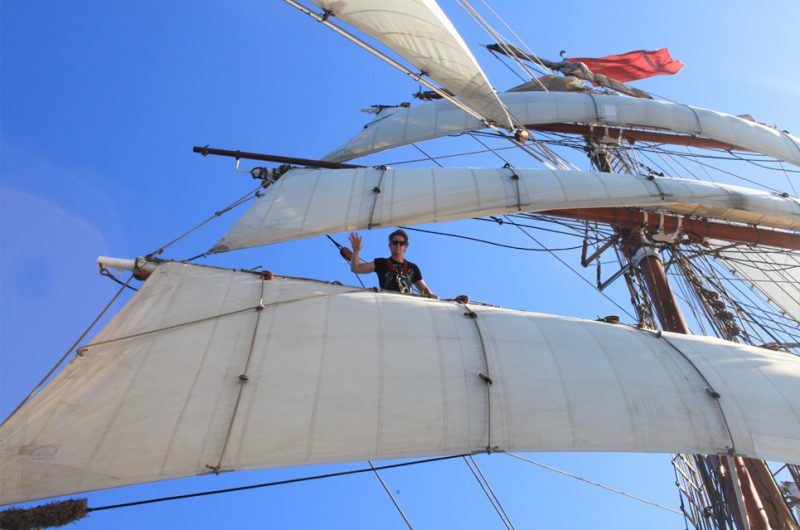 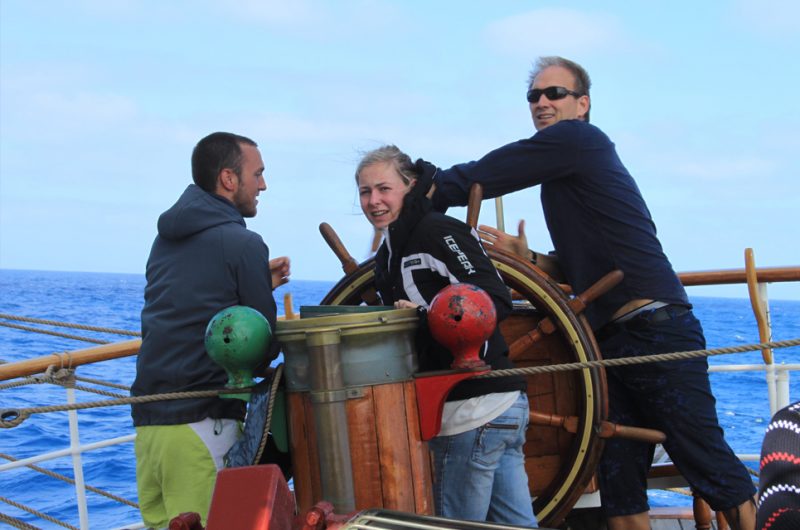 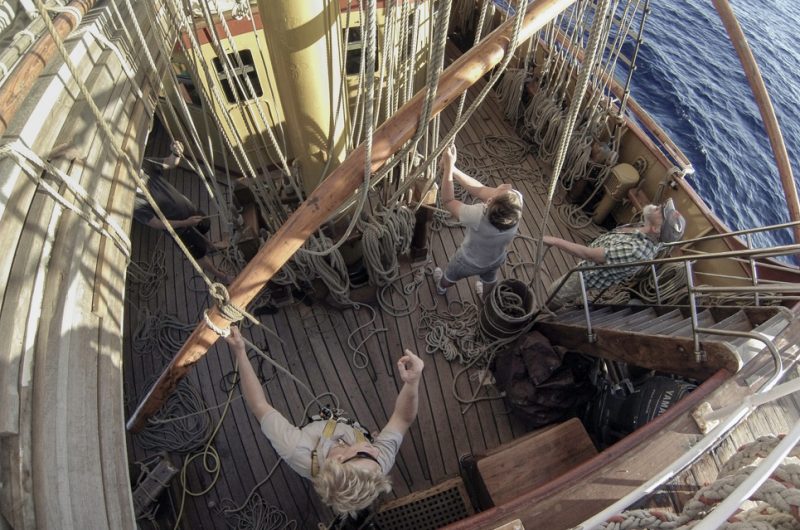 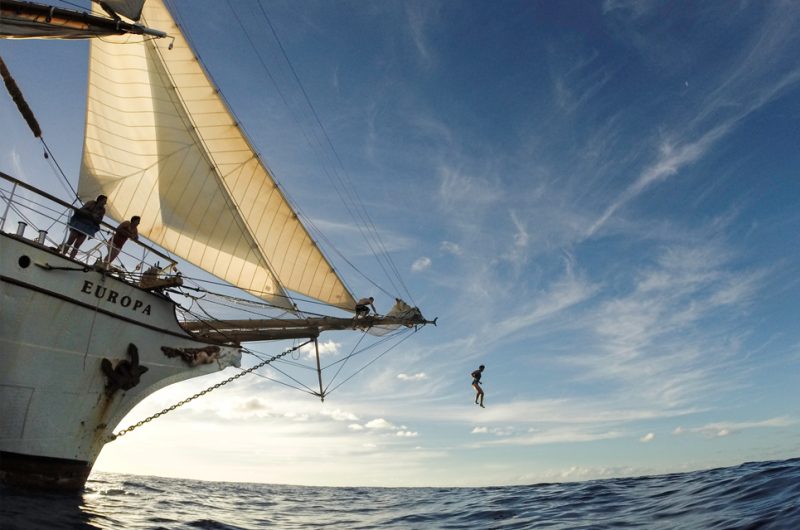 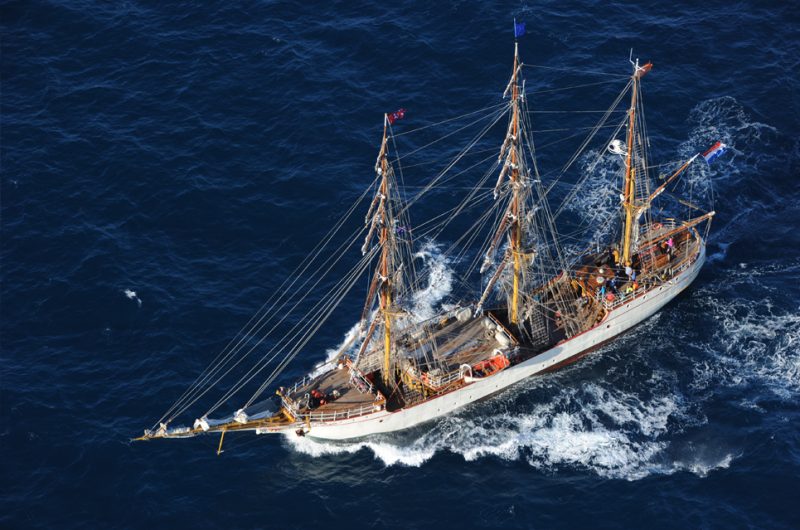 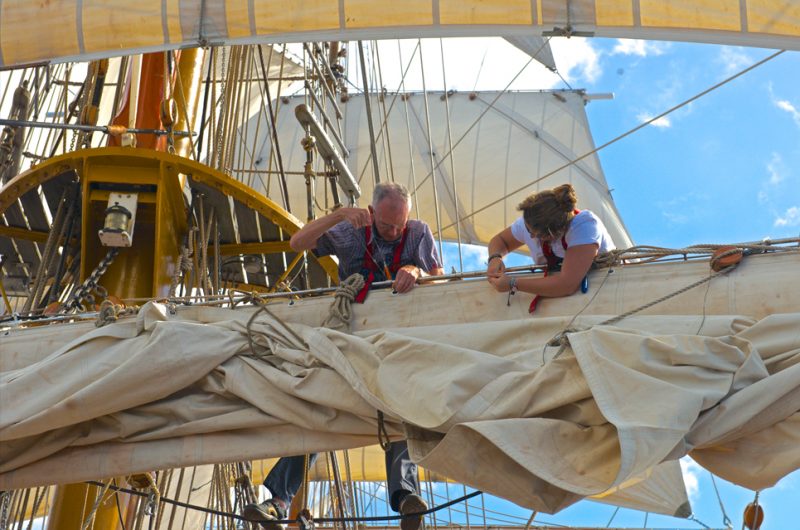 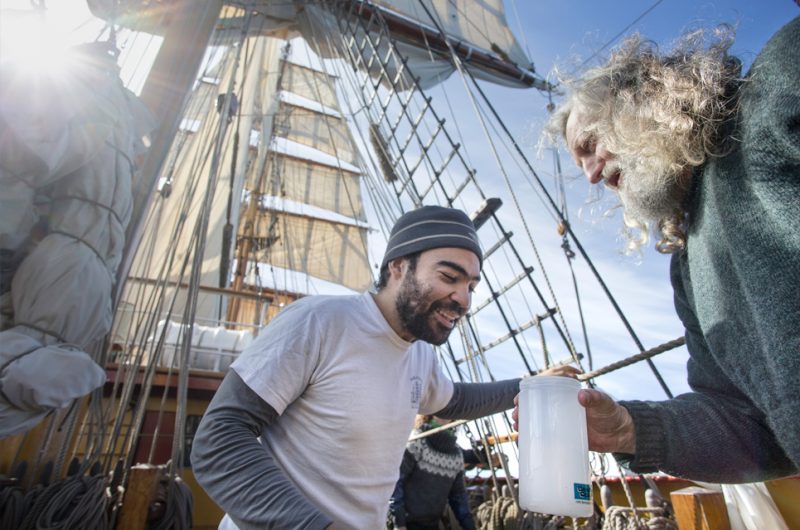 “The Bark “EUROPA,” built in 1911, is a well-known Tall Ship. Since 1994, she has taken part in Tall Ship Races all over the World. EUROPA travels the oceans, visits Antarctica from December until March each year, and participates in the Tall Ships Races during the summer.

She is a ship that really sails, with her full set of Studding Sails (which you will not find on every Tall Ship), she has covered many miles, thus giving her the nickname “Ocean Wanderer.”

Although not the largest ship in the fleet, EUROPA is very much appreciated for the atmosphere on board as well as her looks. Everything about her gives the impression that our guests are on a true sailing ship from a forgotten era.

No Sailing Experience Needed
Everyone is welcome to take the helm, set sails, assist with manoeuvres, navigation, weather observations, furling the sails on the yards, and much more. The permanent crew will give lectures and instruct you during the voyage in steering navigation and line handling. Sailing experience is not necessary.

There is always something new to see or learn from the crew, of the voyage crew or by our environment. For some of the guests, sailing on board EUROPA feels like an escape from their daily routine. Think of a relaxing time without your phone and without internet. Live in the moment and admire the wonder of nature. During a voyage on board, you establish a routine that’s relaxing and comfortable and keeps you occupied.

Our Crew and Guests
We are very pleased that the ship enjoys the company of a very international crew and voyage crew trainees. No two voyages are the same. Having up to 14 different nationalities on board during a voyage is no exception. With all those different languages on board, we have one common language: English. All communication and instructions are given in the English language.

Also, the average age can vary on every voyage. We have voyage crew on board from the age of 15, but also voyage crew of over 60 years old. The most important factor for being able to sign up for a voyage on board bark EUROPA is being healthy, having the strength in your arms and legs for the life and work on board, and being willing to participate in the watch system.

One hour on board the Bark Europa and it will instantly be clear: “teamwork” has to be the key to this beautiful traditional sailing vessel. No winches, but an infinity of lines, which might seem like a complete jungle at first glance. The hundreds of blocks look like spiders in their webs. The novice sailor will be introduced to these matters every day and, after a few weeks, all those lines, blocks, stays, booms with their impossible names and functions become an open book.

Everyone is welcome to take the helm, set sails, assist with manoeuvres, navigation, weather observations, furling the sails on the yards and much more. The permanent crew will give lectures and instruct you during the voyage in steering, navigation and line handling. This will be done in a “Dutch” style, so without yelling, blowing whistles and so on. Also, you will find no uniforms on the Bark Europa. Crossing the ocean properly with a square-rigger under sail like the Bark Europa is a team effort, so we appreciate every input from the voyage crew. Sailing experience is not necessary. Instructions will be given in watch responsibilities, basic sail theory, line handling, steering and navigation.
Find your adventure
This site uses cookies: Find out more.