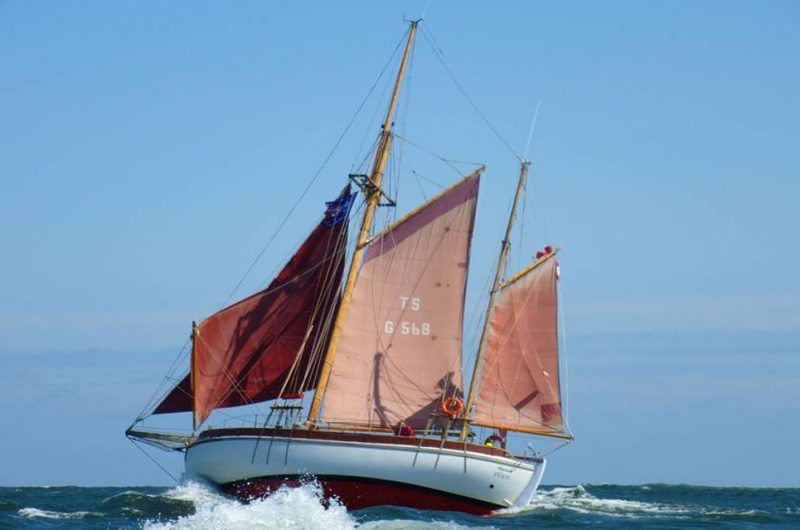 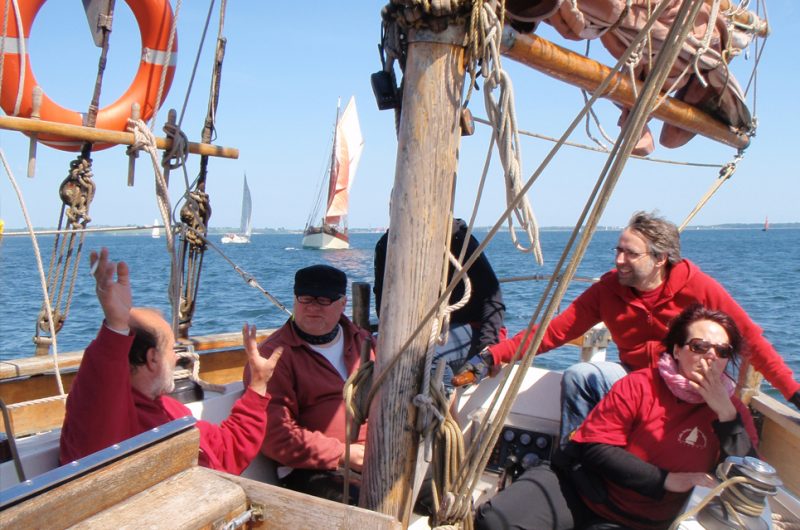 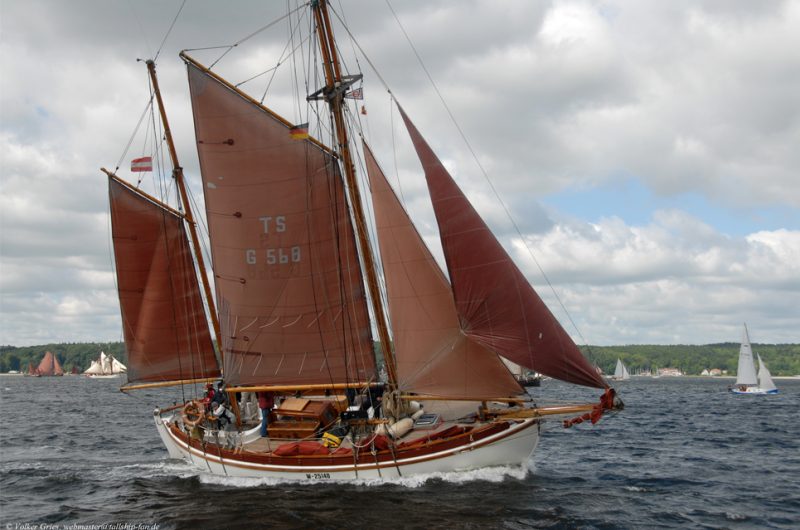 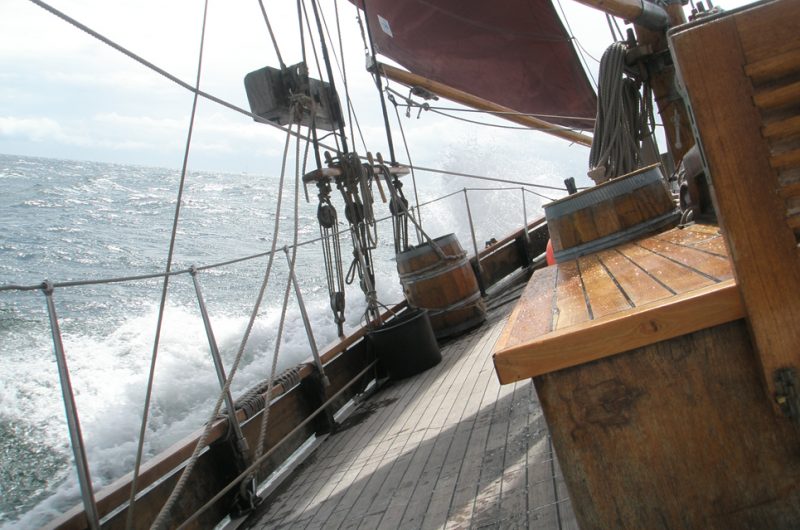 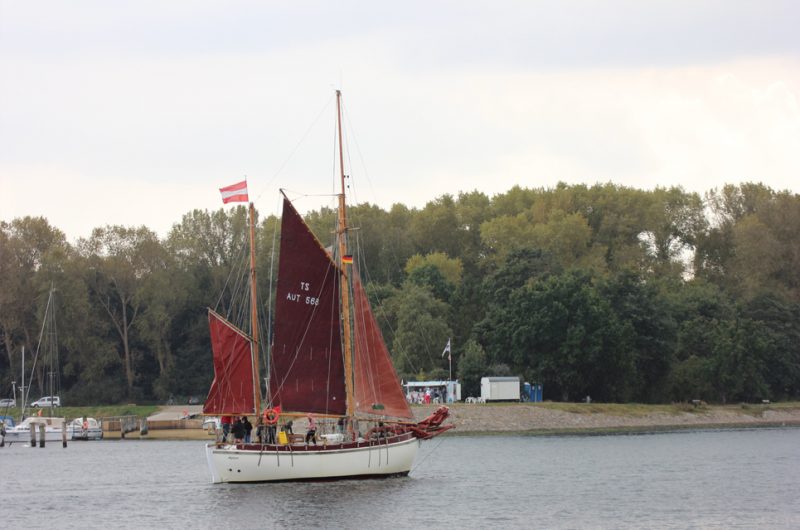 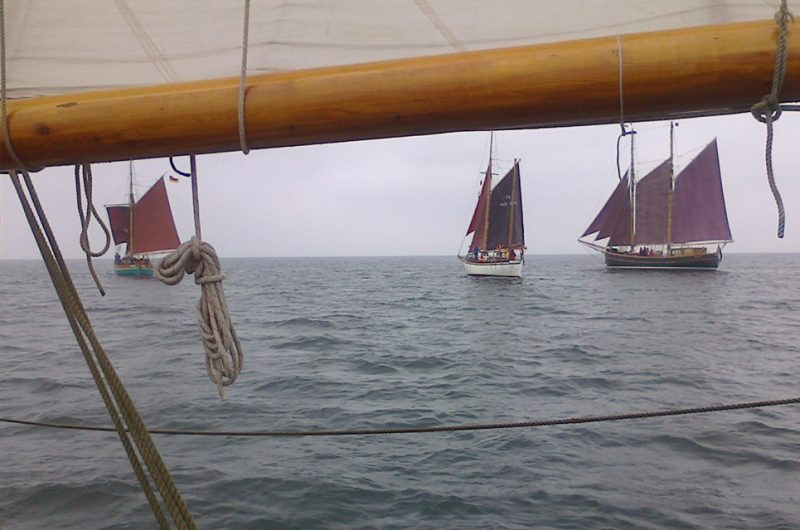 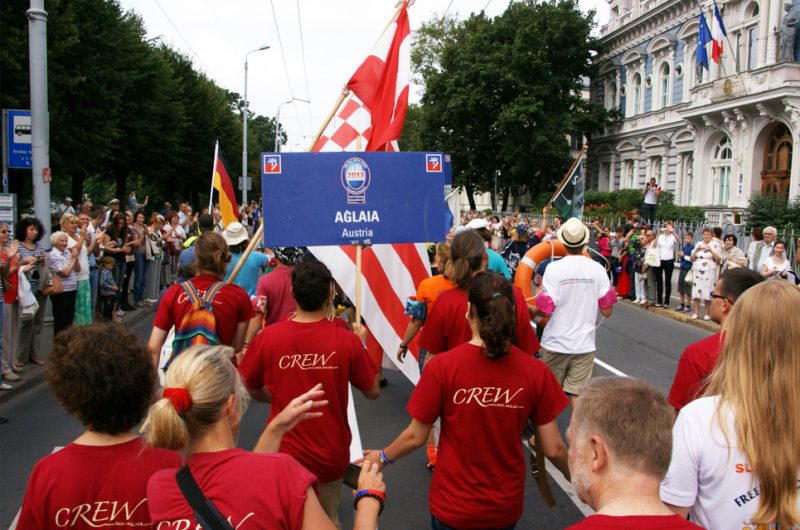 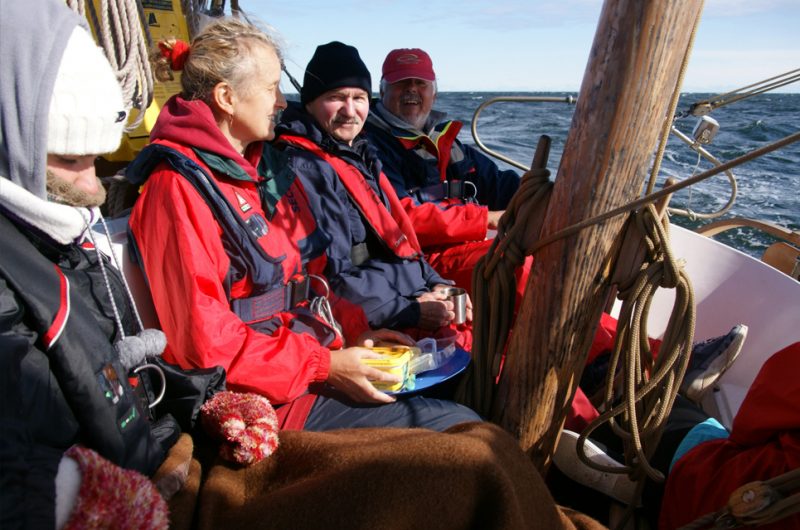 Aglaia was built by the Colin Archer Club in Stockholm, a club that was founded in 1975 to rebuild hulls based on the famous Norwegian rescue vessels of the last century. Her hull was one of 30 built at the time and bought by a salesman from Hamburg in Germany, who worked on completing the ship himself. However, after 15 years of work, he died in the early 1990s. His sons took four years to sell the unfinished vessel, but in 1996, she was bought by the non-profit organisation, Segeln ohne Grenzen e.V. which means Sailing without Borders. In June 1997, Aglaia was put in the water for the first time.