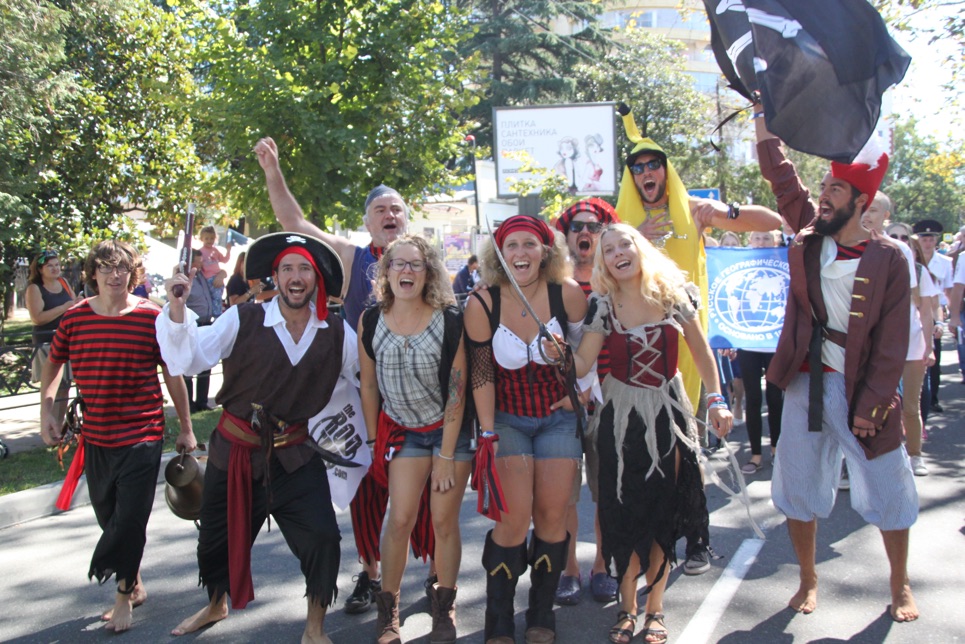 Today (Saturday 24 September), there was a welcome break

prestigious Prize Giving Ceremony, which included a visit from a very

The event has been a huge success in Sochi. We’ve seen highly

several exciting excursionsäó_ not to mention the large number of visitors

that came to visit the impressive fleet.

Although today is the

last full day in port, the festivities aren’t quite finished yet! We’re

looking forward to the Parade of Sail tomorrow (Sunday 25 September),

ahead of the start of Race 3 to Varna, Bulgaria.

the spirit of global friendship and understanding, we took the

proud to confirm that trainees, cadets and crew members from 18

today, the parade made its way through the city toward the stage in the

Marine Village, entertaining the spectators that had gathered to watch

crews were hugely excited to welcome President of the Russian

Federation, Vladimir Putin, on stage to present the award for 1st in

Class A on corrected time.

Furthest vessel from their home port:

Development of sailing activities and sport in the Black Sea:

Development of Sail Training in the Black Sea: