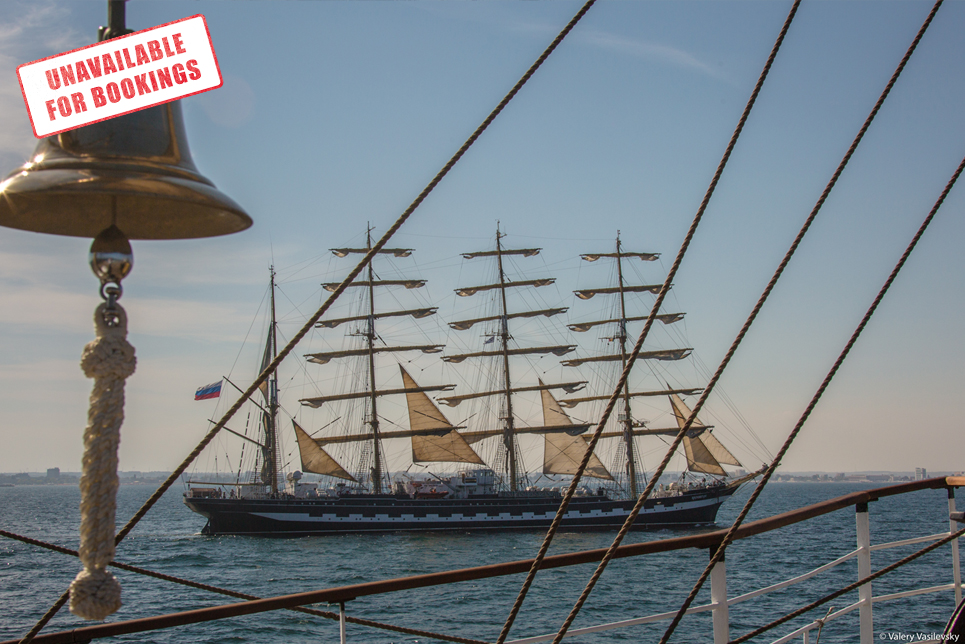 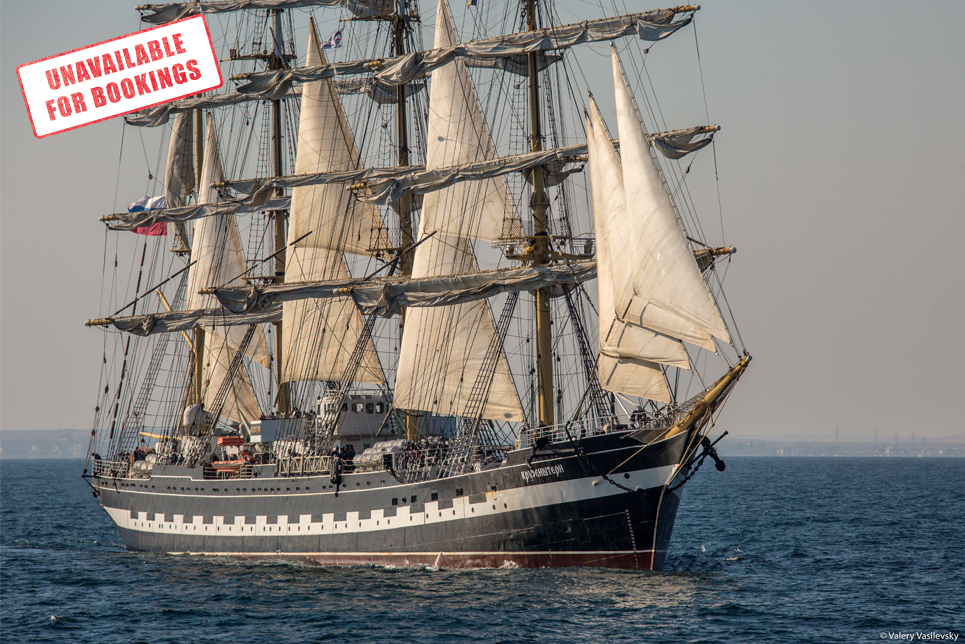 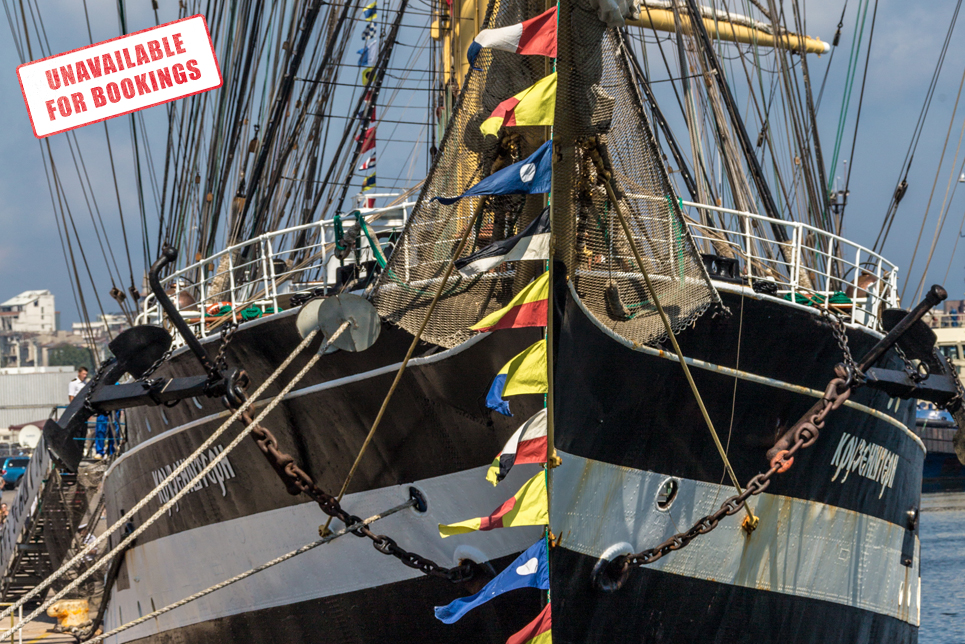 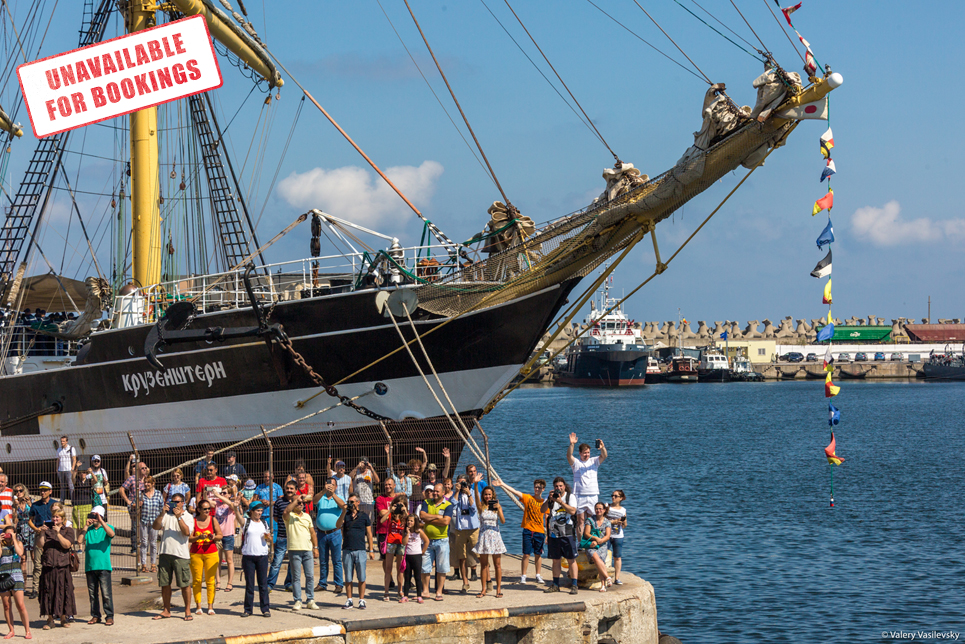 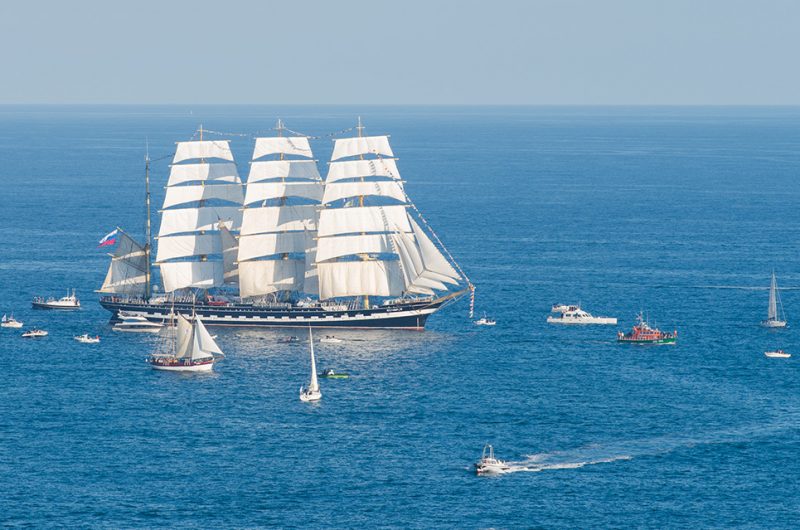 Kruzenshtern is the second largest sailing ship in the world behind another Russian ship, Sedov. Originally called Padua, she was built in Germany in the 1920’s as one of five clipper ships for the “Flying P Line” which traded in the Atlantic, Indian Ocean and Pacific. The five ships’ names all began with “P” and only Padua is still sailing. Pamir sank in a hurricane off the Azores, Peking ended up as a museum in New York, Pommern is alongside in Mariehamn and Passat is tied up as a youth camp with mast, but no sails, near the Kiel Canal.

Padua was awarded to Russia in 1946 and renamed Kruzenshtern after the famous Russian hydrographer and navigator. She is easy to recognise with distinctive black and white sides, common on ships that traded with the East, where the design imitated gunports to scare away pirates.