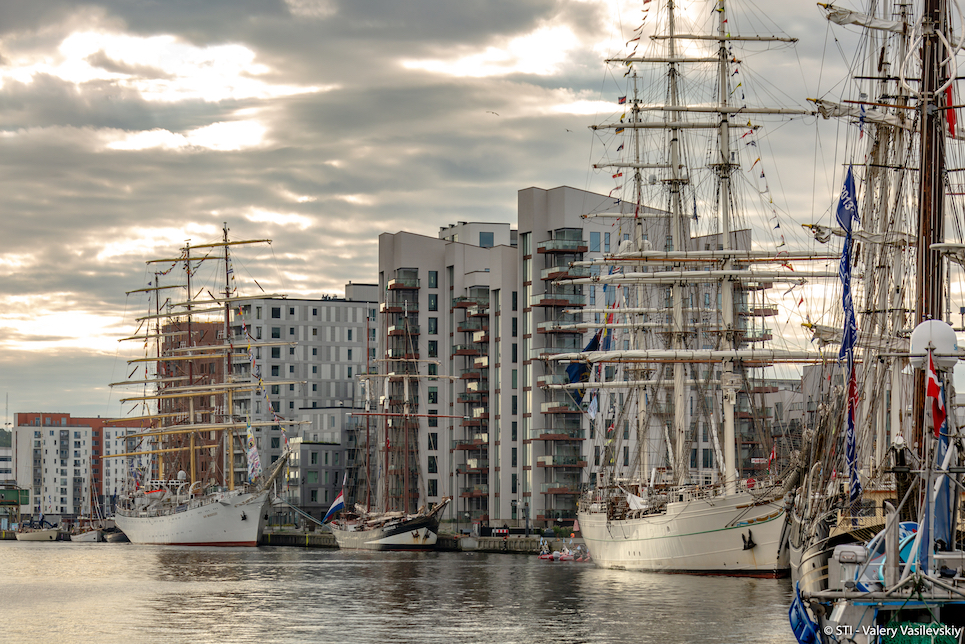 Following two amazing races and three fantastic Host Port stops, the Tall Ships fleet returned to the beautiful Danish city of Aalborg for the magnificent final stop of the The Tall Ships Races 2022…

Ships began their arrival Wednesday 3 August and thousands of visitors and spectators have already flocked to view the splendour of the Tall Ships and enjoy the attractions. A crowd of over 38,000 have already enjoyed the festivities and many more are expected throughout the event.

With the fleet arriving from an exciting Race Two there will be lot’s for crews to enjoy with a wide cultural programme, crew sports and activities as well as the much anticipated final Prize Giving Ceremony. Following three days of the celebrations for crews and visitors, the event will close with a spectacular fireworks display that provide an appropriately spectacular finale to the return of The Tall Ships Races.

Aalborg is situated in the North of Jutland, Denmark, and is the country’s fourth-largest city. It’s undergone an extensive period of rejuvenation over the last few years – the updated waterfront areas are now the focal point of the city. Such has been the city’s development from an industrial hub to a modern city it was named in the top ten places to visit by the New York Times.

The Tall Ships Races 2022 will see the international fleet of Tall Ships and Small Ships return to the North Sea. From 7 July-7 August, we will visit Esbjerg, Harlingen, Antwerp and Aalborg.

The event will mark a welcome return to all four Host Ports who have hosted a total of 16 Tall Ships Races and Regattas so far. The series will see the Tall Ships sailing from Esbjerg, Denmark, south through the North Sea to Harlingen, Netherlands, as part of an exhilarating Race One.

Following this they will enjoy a stunning Cruise-in-Company leg further south to Antwerp, Belgium, enjoying spectacular coastal sailing. Race Two will take the fleet from Antwerp, Belgium, back north through the North Sea to Aalborg, Denmark, for the final celebrations.