The third Host Port of the Tall Ships Races 2019 has given the Tall Ships and Small Ships a memorable four days of fun with cultural activities, live music, sports, funfair rides, fireworks and more. For the crews and trainees who have come from over 50 different countries, their time with the Tall Ships Races will have created friendships and memories that will last a lifetime.

The Tall Ships Races 2019 Race Director (Bergen to Aarhus), Ben Stuart, reflected on another fantastic visit to the Norwegian port.

“The fleet departed under clear blue skies after three full days of fun and friendly competitions organised impeccably by the city of Bergen.

“The sense of camaraderie and of international friendship was tangible during the whole event and really showed at the end of the crew party. Old and young crew members from nations as diverse as Congo, Syria, Afghanistan, Mexico, Oman, Germany, Russia and also stateless individuals were ushered out in a Conga line accompanied by dancing Norwegian security guards back to their vessels.

“We look forwards to bringing the Tall Ships back to this beautiful Host Port in future race series and continuing our fruitful relationship promoting International Friendship & Understanding.” 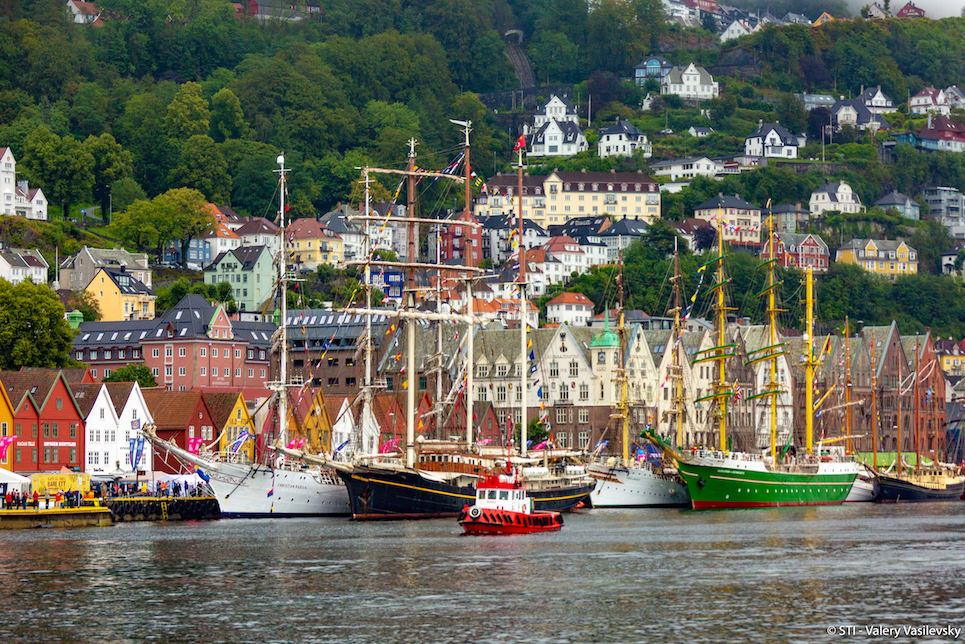 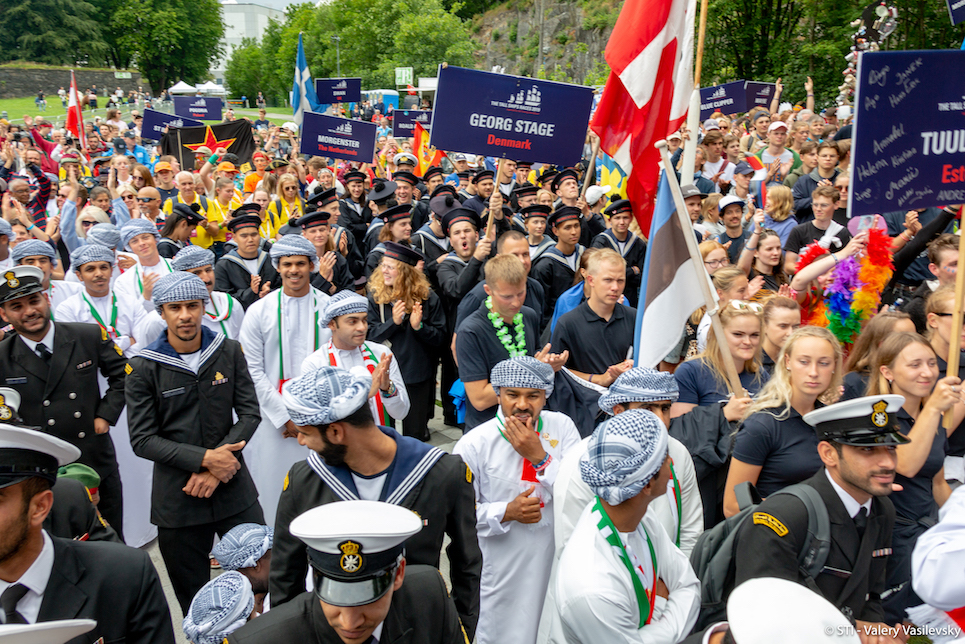 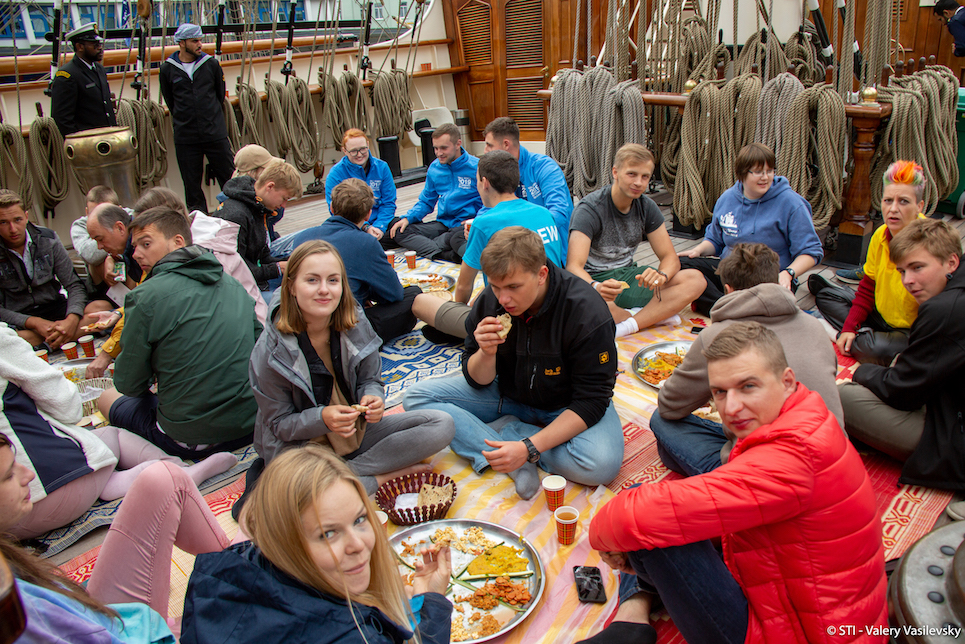 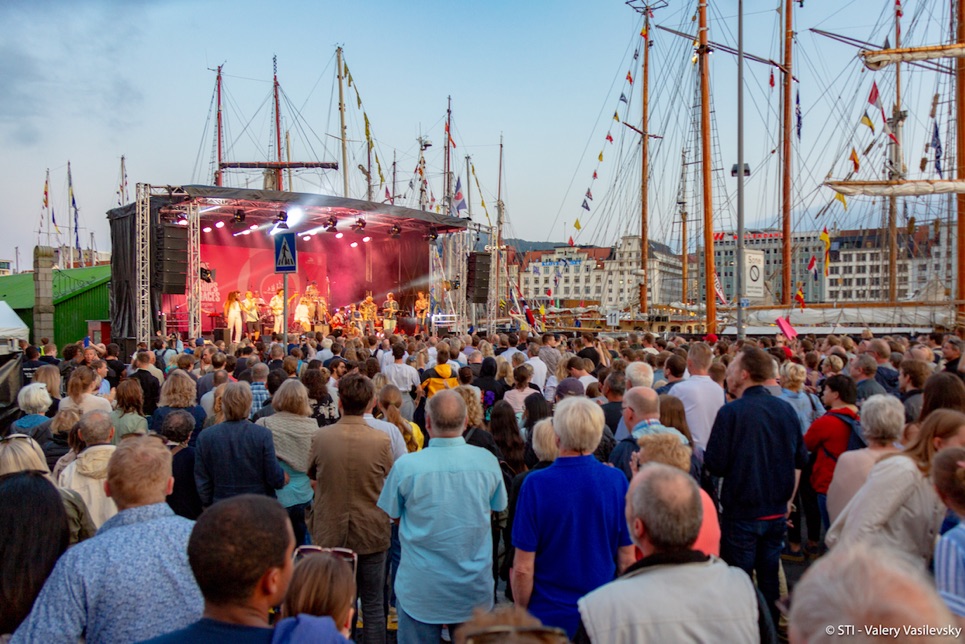 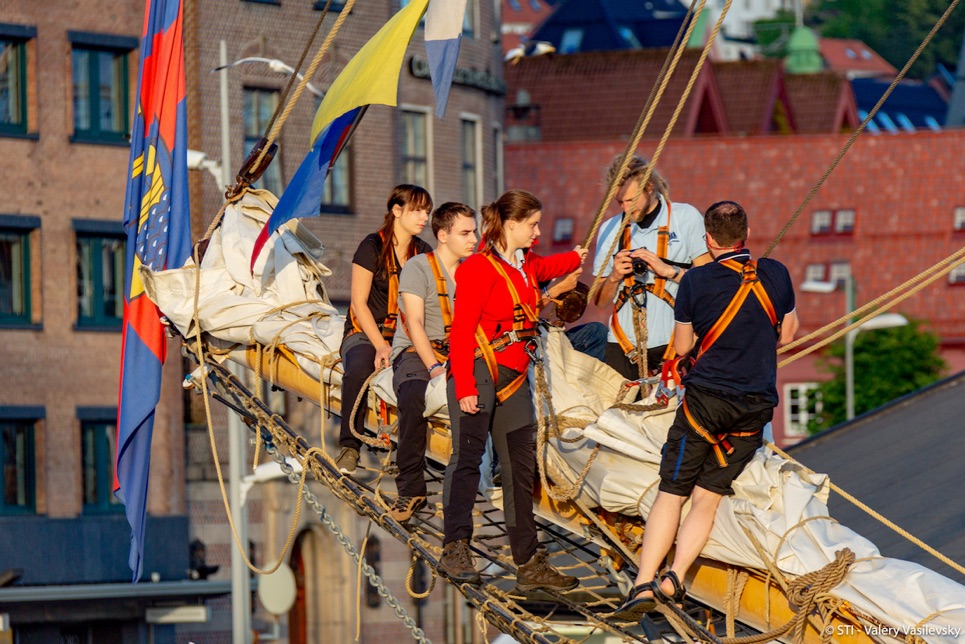 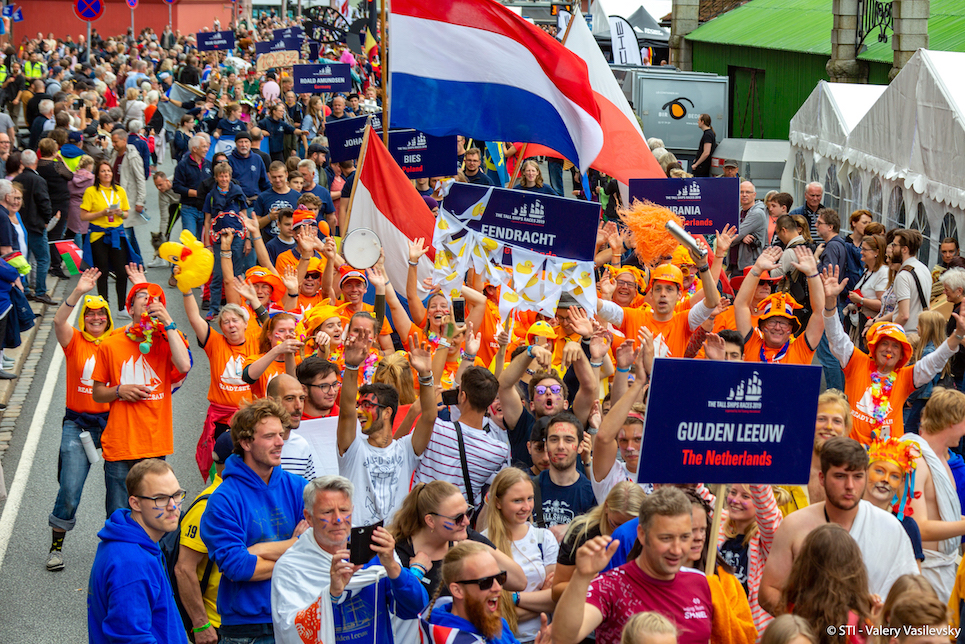 (The four days of celebrations in Bergen have brought crews, trainees and spectators from around the world together in a spirit of International Friendship & Understanding)

Before finishing their preparations for the Parade of Sail out of Bergen, each captain from the fleet convened for the all important Captains’ Briefing. Here they were given important details of the race course and expected weather conditions that will have a crucial impact on race tactics.

Over the coming days, the fleet will encounter favourable southerly winds that will give them a strong start on their way to the final port of Aarhus, Denmark. These are predicted to ease as the race progresses but, with equally favourable currents, the race to Aarhus is sure to be a thrilling one. There will be a challenge for the fleet though as mist is expected to hit the race route as warm air meets the cooler North Sea waters, putting an extra emphasis on plotting the best course for ships throughout the fleet.

Once again, you will be able to follow the Tall Ships fleet as they make their way along the race route thanks to the YB satellite tracking system. You can keep up to date with who is leading each race leg and ensure you miss none of the sailing action.

Each participating ship in the Races is fitted with a YB satellite transponder, a self-contained battery operated tracker which allows tracking of a vessel’s position from anywhere on earth. All vessels taking part in the Races are equipped with one so spectators can follow the fleet – anytime, anywhere!

Bergen is often known as the “gateway to the fjords” of Norway. It’s a UNESCO World Heritage City and a European City of Culture. The city has a warm and friendly atmosphere, great hospitality, and majestic surrounding. It is widely known as a festival city, and it has gained a well-deserved reputation as an excellent host port. It successfully welcomed the international fleet in 1993, 2001, 2008, and 2014 – and it’s proud to take part in the Tall Ships Races 2019.