The Liberty Tall Ships Regatta 2019: Goodbye to Rouen and on to the Race

Following a magnificent visit to the city of Rouen, the Tall Ships fleet bid a fond farewell to the Capital of Normandy and looked forward to the start of the first race of the Liberty Tall Ships Regatta 2019.

Before departing Rouen, the captains of the Tall Ships gathered for the Captains’ Briefing where they received all of the information required to plan their race tactics including the weather conditions and race instructions. The race start, off the coast of Le Havre, followed a journey for the fleet along the River Seine, providing new crew members time to familiarise themselves with their new surroundings and the competition ahead.

Due to low winds, the race start of the Liberty Tall Ships Regatta 2019 was postponed until 1200 UTC today (Monday 17 June).

“It was disappointing to have to cancel the race start here off Le Havre but the wind is expected to remain light and veer to the north west which would have made the race leg to waypoint one very slow progress for the ships.”

Race Director, Paul Bishop, spoke about the revised race start and the expected sailing conditions ahead.

“The race start has been revised to take place some 35 miles to the north west where the winds are expected to be more favourable. Ships will be able to cross the revised start line anytime between 1200 and 1500 UTC today (Monday 17 June) and pass their individual start times to Race Control.

“The wind is then forecast to veer to the north east which will be tactically challenging for the captains and navigators and hard work for the crews as they will need to tack ship many times before they cross the finish line.”

See which tall ships will be Racing

Once again, you will be able to follow the Tall Ships fleet as they make their way along the race route thanks to the YB satellite tracking system. You can keep up to date with who is leading each race leg and ensure you miss none of the sailing action.

Each participating ship in the Races is fitted with a YB satellite transponder, a self-contained battery operated tracker which allows tracking of a vessel’s position from anywhere on earth. All vessels taking part in the Races are equipped with one so spectators can follow the fleet – anytime, anywhere! 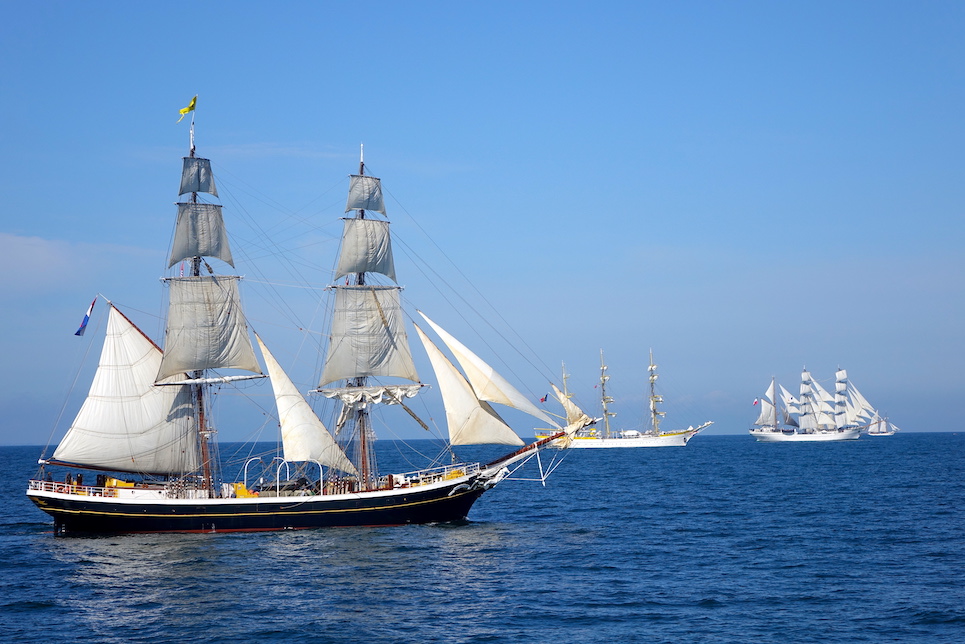 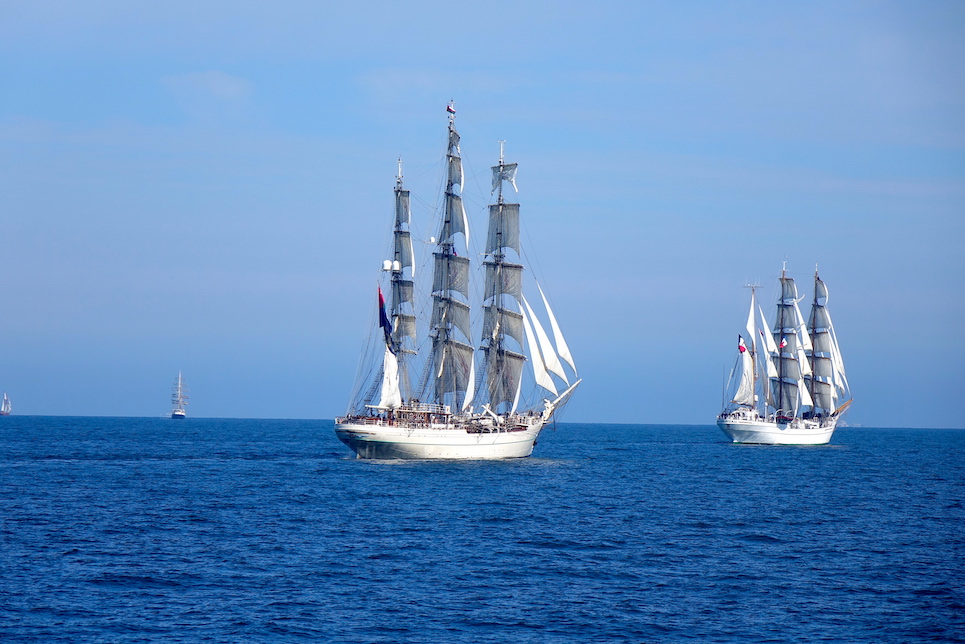 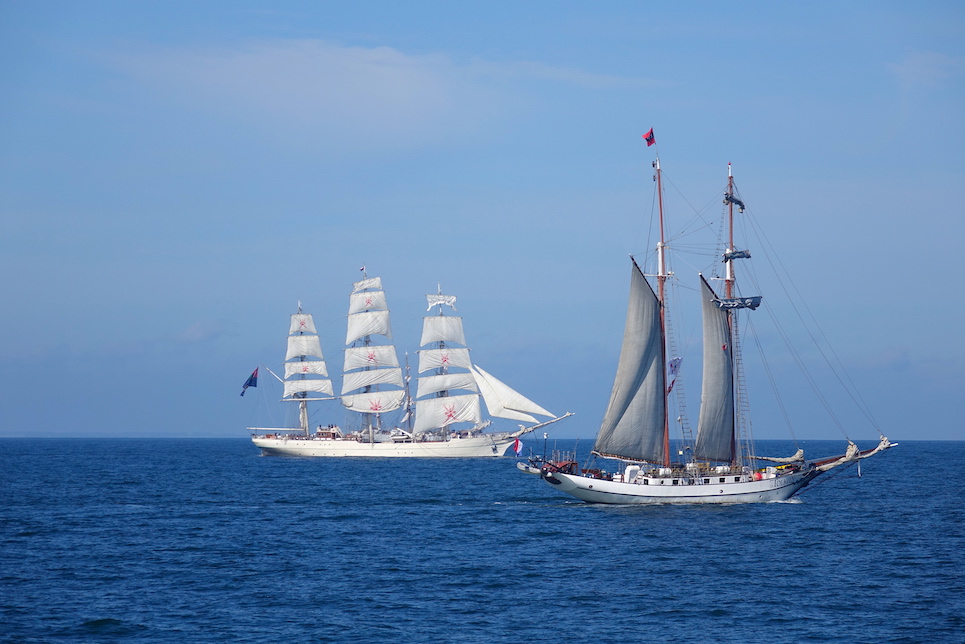 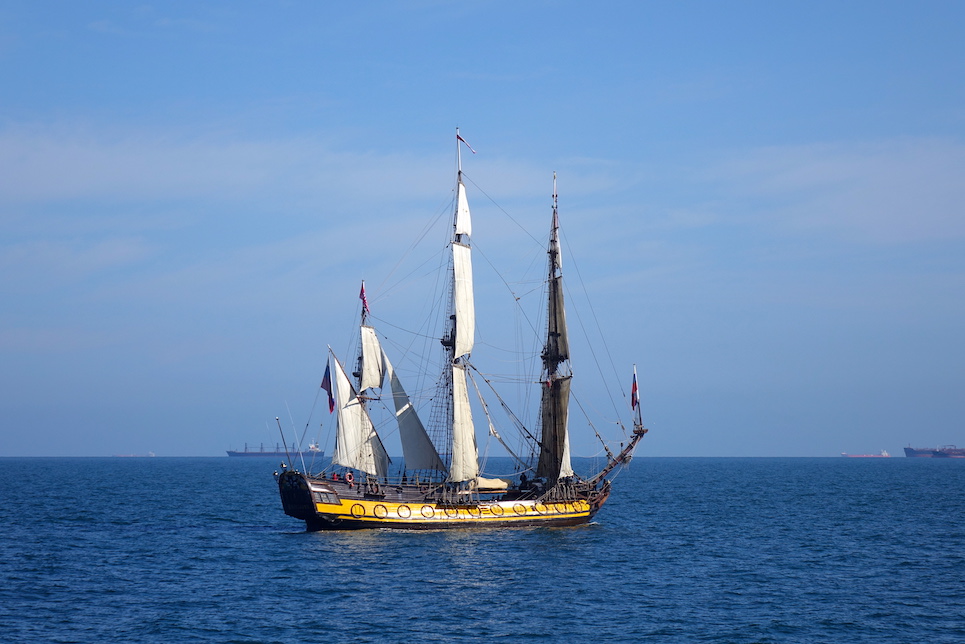 (The Tall Ships fleet at the revised start of race one)

The Liberty Tall Ships Regatta 2019 will see the international fleet of Tall Ships race from Rouen, France, to Scheveningen/The Hague, The Netherlands. We’re delighted to have now added a feeder race that will enable the ships to go onto the start of the Tall Ships Races 2019 in Aalborg.

Coinciding with the 75th Anniversary of D-Day and the liberation of occupied territory in Northwestern Europe, the Liberty Tall Ships Regatta 2019 will echo the theme of international friendship and understanding that is central to each and every Sail Training International Tall Ships event. After racing through the English Channel the fleet will embark on a Cruise-in-Company to Scheveningen/the Hague where there will be an invigorating port programme between 20-23 June.