The Liberty Tall Ships Regatta 2019: Coming Together from Around the World

The second day of the Liberty Tall Ships Regatta 2019 in Rouen was another fantastic success as the Tall Ships fleet continued to wow spectators and visitors along the River Seine.

The fleet of 18 ships have been enjoying all there is to offer in the French host port city of Rouen and the anticipation has been steadily building ahead of the start of Race One on Monday. The ships have a fantastic welcome from the organisers of L’Armada Rouen and Race Chairman, Robin Snouck Hurgronje, made note of the wonderful reception the Tall Ships fleet had received so far from the Normandy Capital.

“It is wonderful to be here in Rouen for the start of the Liberty Tall Ships Regatta 2019. The crews of the 18 Tall Ships from all over the world that will take the start off Le Havre on Monday morning to race to Scheveningen/The Hague are enjoying the fabulous Armada Rouen port programme and 75th D-Day commemorations.”

A Meeting of Crews from Around the World

Coinciding with the 75th Anniversary of D-Day and the liberation of occupied territories, the event has echoed the theme of friendship and understanding that is central to each Sail Training International event. With this in mind, we thought we would take a look at the five naval and coast guard vessels taking part in the regatta from different nations around the world and profile these ocean ambassadors of sail training and international friendship.

The Brazilian naval Tall Ship Cisne Branco (White Swan) was built in 2000 and has played a key role in helping to spread the cultural message of Brazil around the world. The Class A ship regularly takes part in the Tall Ships Races and Regattas and was last competing in 2017 where it brought a unique blend of classic naval grandeur and samba rhythms to ports and cities around the Baltic Sea.

Cuauhtémoc (Mexico) is a long standing friend of the Tall Ships Races and knows just what it takes to make a lasting impression. Whether its arriving in port with a spectacular manning of the yards from nearly half of the ships crew, or providing the perfect soundtrack with live music from the on board band, you’ll never forget this first impression.

French schooner Etoile is one of two naval ships built by the Chantier Naval de Normandie and takes a lead in training its crews in the fine arts of opening sea sailing and navigation. The speedy Class B vessel has a permanent crew who sail around the world and welcomes naval trainees on board for around two weeks at a time to hone their skills at sea. 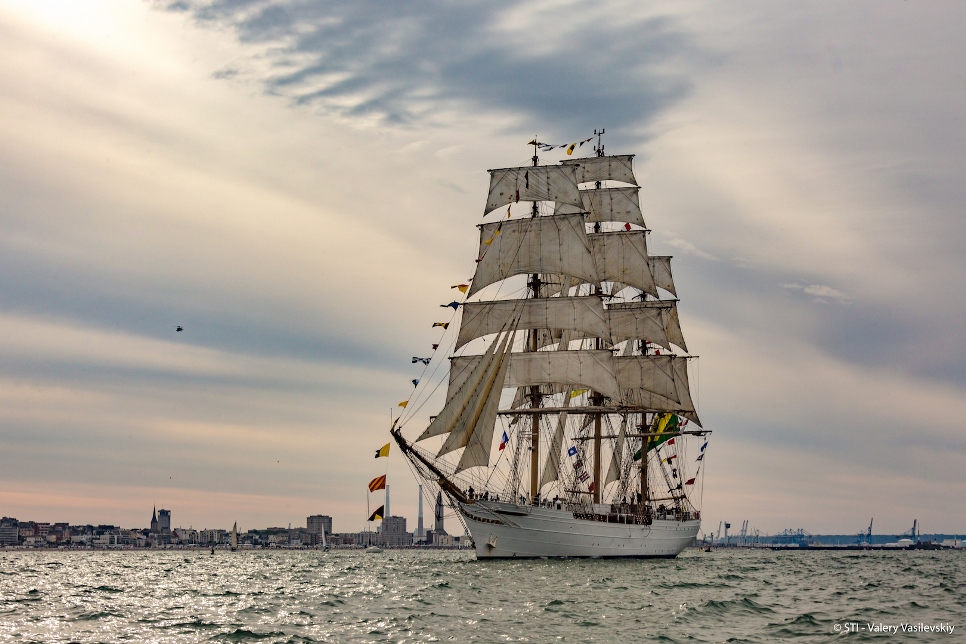 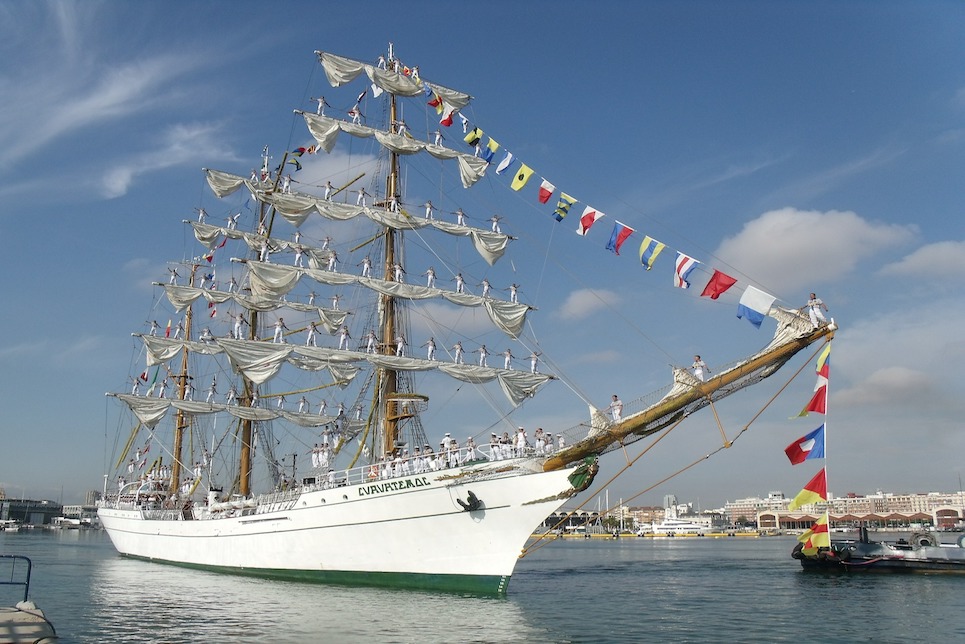 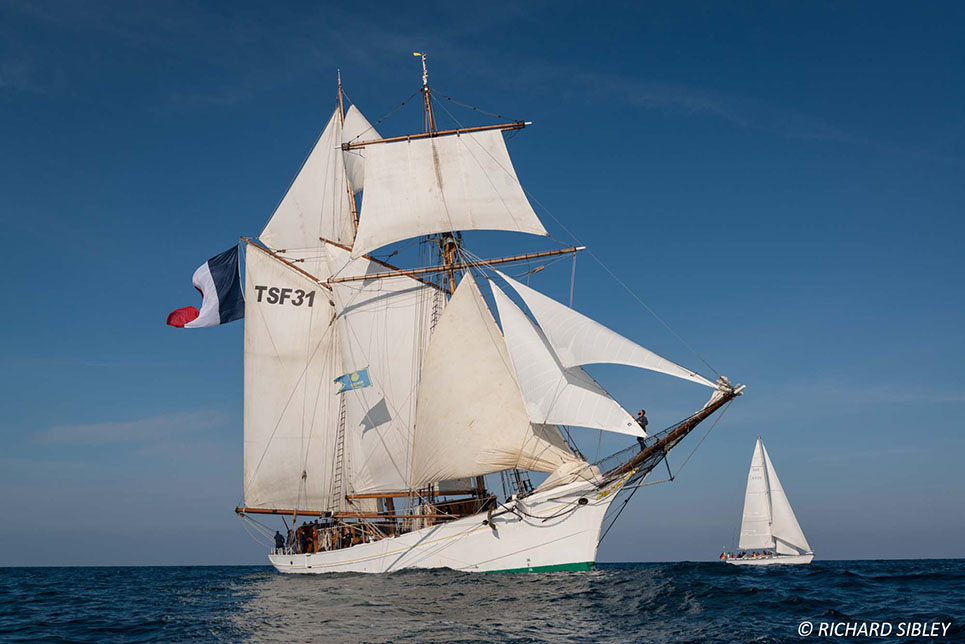 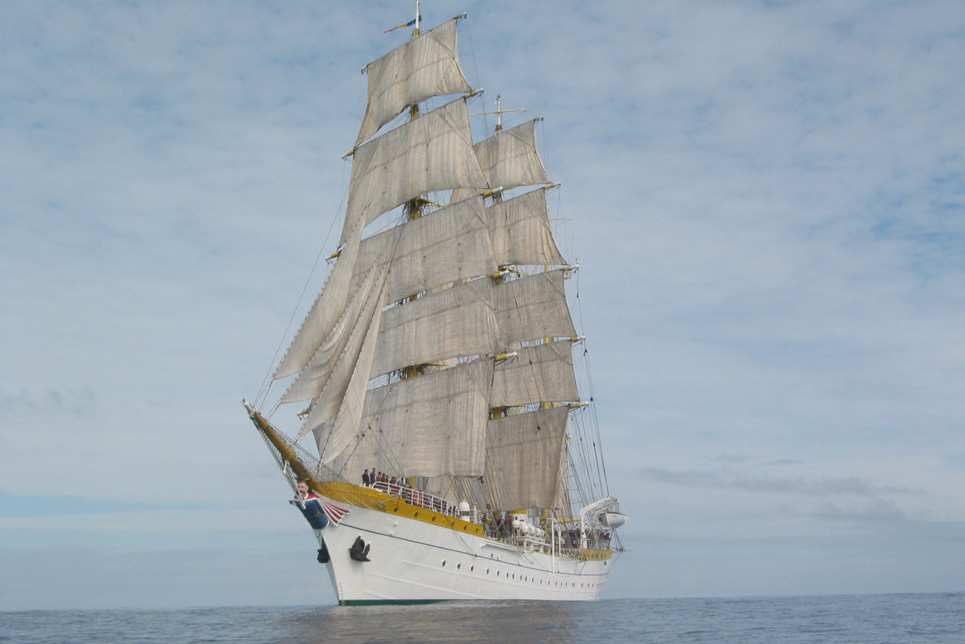 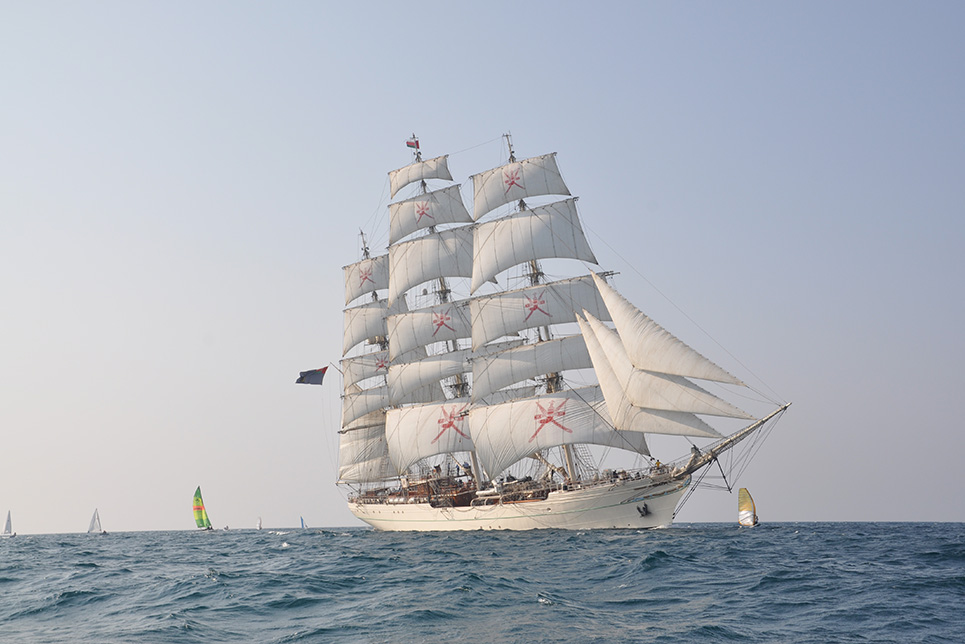 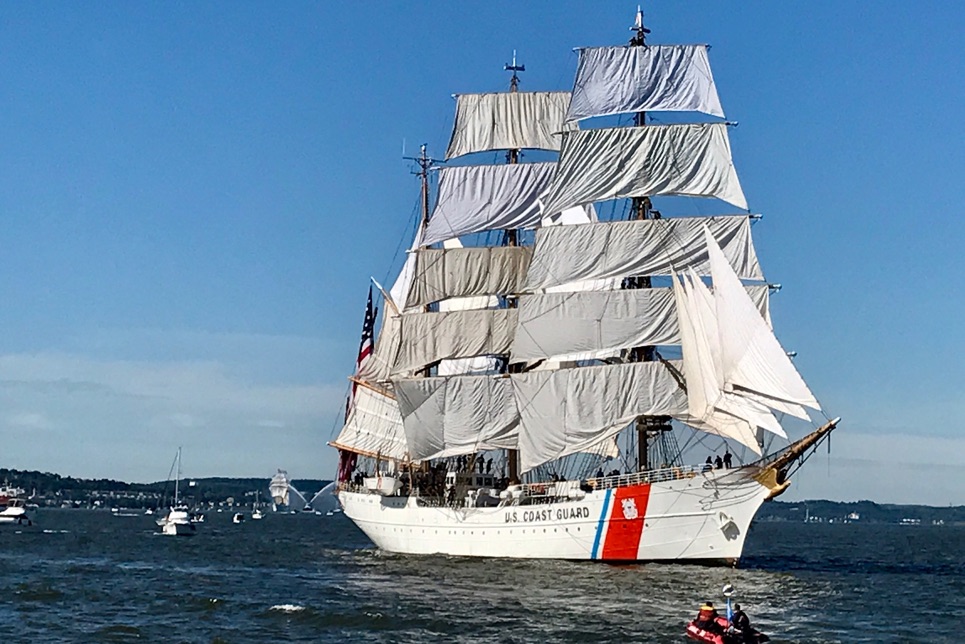 Mircea belongs to the Romanian navy and will be celebrating her 80th birthday this year. This beautiful Class A barque is a regular fixture in Tall Ships Races and Regattas and was part of the first ever Black Sea Tall Ships Regatta in 2014, which visited her home port of Constanta. She has a number of sister ships including USCG Eagle (USA).

One of the jewels in the crown of the Royal Navy of Oman is the stunning Shabab Oman II. She replaced the much loved Shabab Oman Tall Ship in 2014 and has continued the long standing strong relationship between the Tall Ships Races and Oman. Wherever in the world she docks, she is always centre of attention and has already welcomed over 40,000 visitors in the last week here in Rouen.

The majestic USCG Eagle provides United States Coast Guard academy cadets and officer candidates with their first taste of sea and salt air. Her journey across the Atlantic for the regatta marks the first time she has participated in a Tall Ships event since the Rendez-Vous 2017 Tall Ships Regatta and we are delighted to welcome her back!

See which tall ships will be in Rouen & Racing

The Liberty Tall Ships Regatta 2019 will see the international fleet of Tall Ships race from Rouen, France, to Scheveningen/The Hague, The Netherlands. We’re delighted to have now added a feeder race that will enable the ships to go onto the start of the Tall Ships Races 2019 in Aalborg.

Coinciding with the 75th Anniversary of D-Day and the liberation of occupied territory in Northwestern Europe, the Liberty Tall Ships Regatta 2019 will echo the theme of international friendship and understanding that is central to each and every Sail Training International Tall Ships event. After racing through the English Channel the fleet will embark on a Cruise-in-Company to Scheveningen/the Hague where there will be an invigorating port programme between 20-23 June.