The banks of the River Seine have welcomed over 40 Tall Ships and thousands of spectators on the first day of the Liberty Tall Ships Regatta 2019 as it teams up with L’Armada Rouen.

The 10 day maritime festival in Rouen, which celebrates its 30th anniversary in 2019, has provided plenty of entertainment for those who have come to witness the spectacular Tall Ships. Since the ships began to arrive in port on 5 June, the 75th Anniversary commemorations of the D-Day landings have contributed to an electric atmosphere throughout the city, helping to create the perfect mix of commemorations, celebrations and spectacle.

With the Liberty Tall Ships Regatta 2019 fleet in port, it’s time for the party to begin in earnest! For the next four days, the unique mix of international friendship, fun and the spectacular fleet of Tall Ships will entertain visitors from across France and beyond. To help make the event truly memorable, visitors will be treated to fireworks, traditional arts and crafts, live music, multimedia entertainment and much more.

A GRAND ENTRANCE ALONG THE SEINE

From Wednesday 5 June, members of the 40 strong Tall Ships L’Armada Rouen fleet and 19 competing Tall Ships in the Liberty Tall Ships Regatta 2019 have made their arrivals in Rouen. Sailing along the 120km from the North Sea to the culturally rich and historic French city, the Tall Ships have been able to see some of the best views that France has to offer along their journey.

Hundreds of thousands of visitors have already flocked to see the fleet since the start of L’Armada Rouen on 5 June and even more will visit in the next four days. The majestic Class A Tall Ship Shabab Oman II (Oman) has already welcomed 40,000 spectators on board to tour the vessel since it arrived in France.

The theme of international friendship will be central throughout the regatta with vessels from 10 different nations taking trainees from around the world on the adventure of a lifetime. Alongside the 5,000 miles travelled by Shabab Oman II (Oman), the USCG Eagle (USA) and Cuauhtémoc (Mexico) have both arrived in Rouen thousands of miles from their homeports and countries. 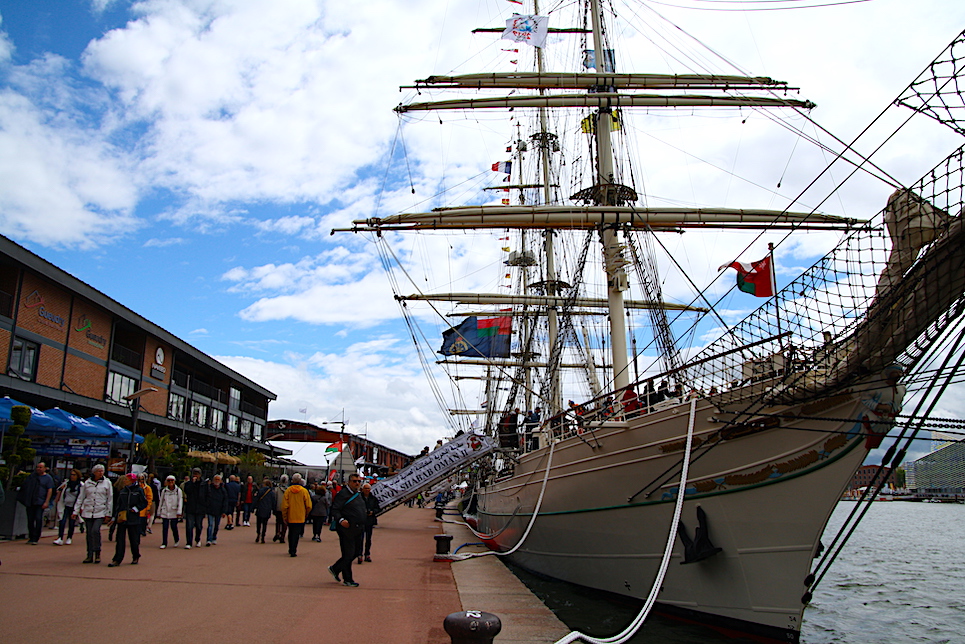 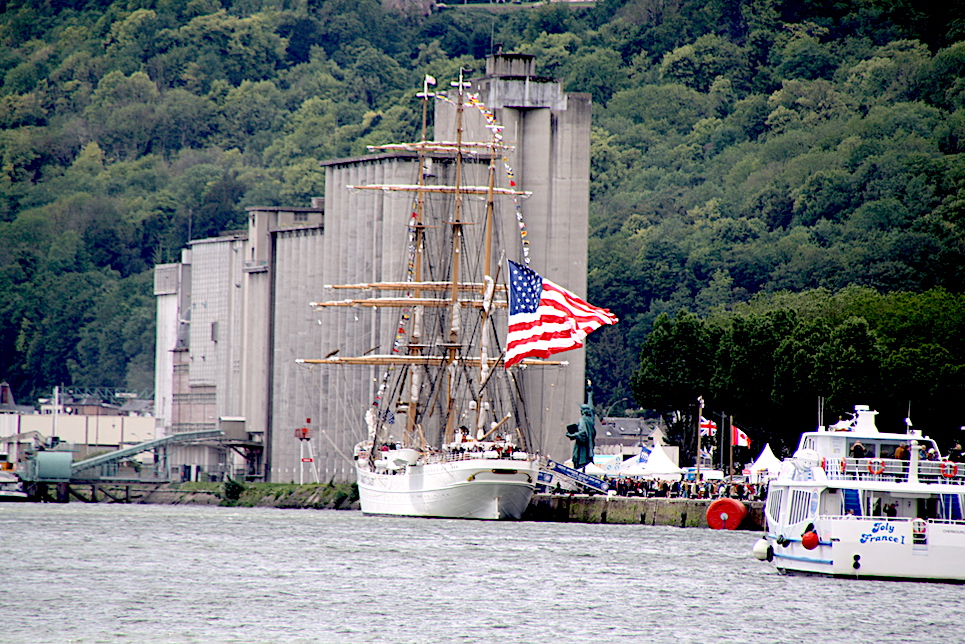 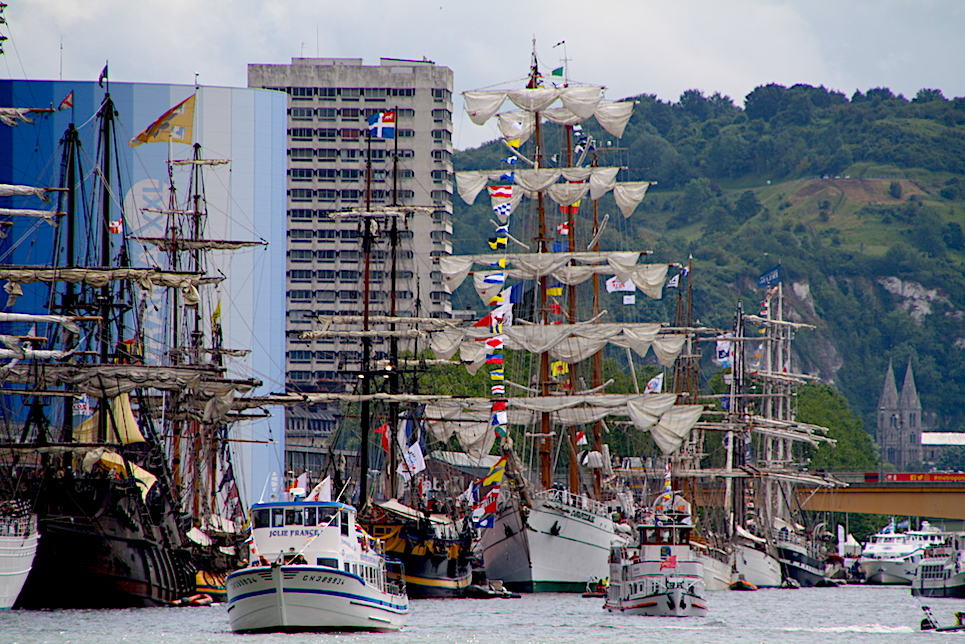 There are not many places that can lay claim to such culturally rich and eventful history as the Norman city of Rouen. Dating back to the 10th century, it has found itself centre stage for some of the most notable developments in French history and maintains a strong connection to this past.

One of the first things that strikes you in the Normandy capital is the beautifully evolving mix of architecture that spans over a thousand years. From the Gothic architecture and a stunningly restored medieval quarter, to the unique Panorama XXL museum, you can trace the city’s history through its design.

See which tall ships will be in Rouen & Racing

The Liberty Tall Ships Regatta 2019 will see the international fleet of Tall Ships race from Rouen, France, to Scheveningen and The Hague, The Netherlands. We’re delighted to have now added a feeder race that will enable the ships to go onto the start of the Tall Ships Races 2019 in Aalborg.