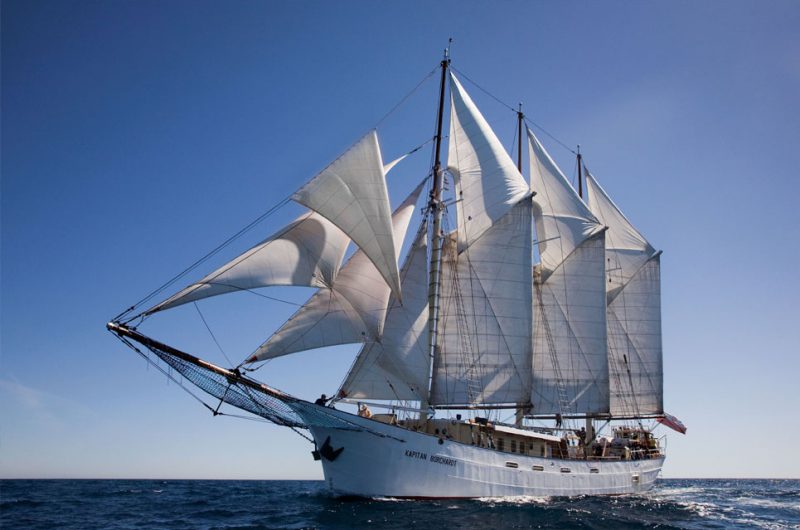 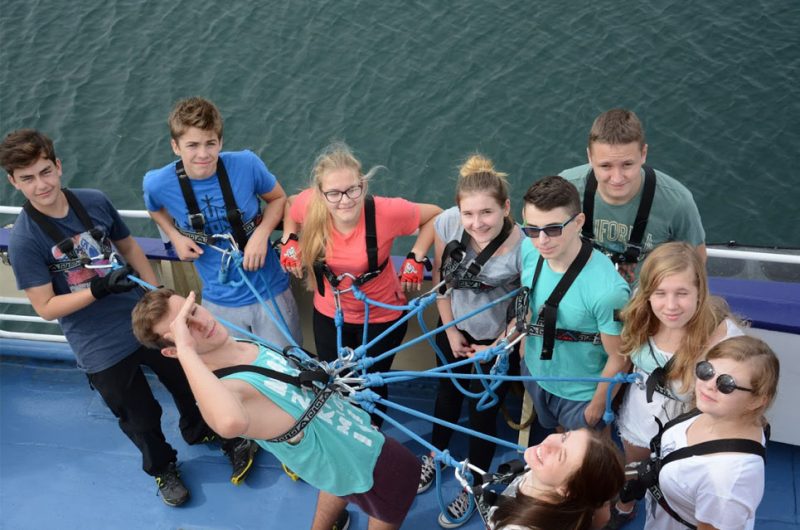 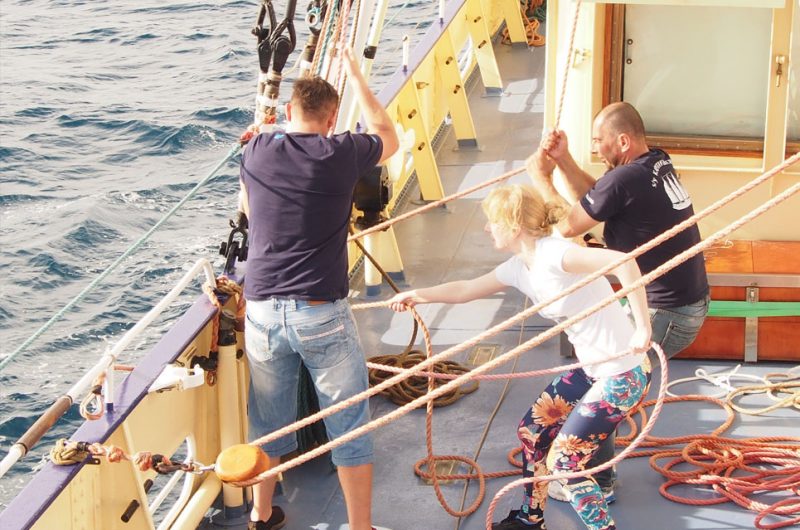 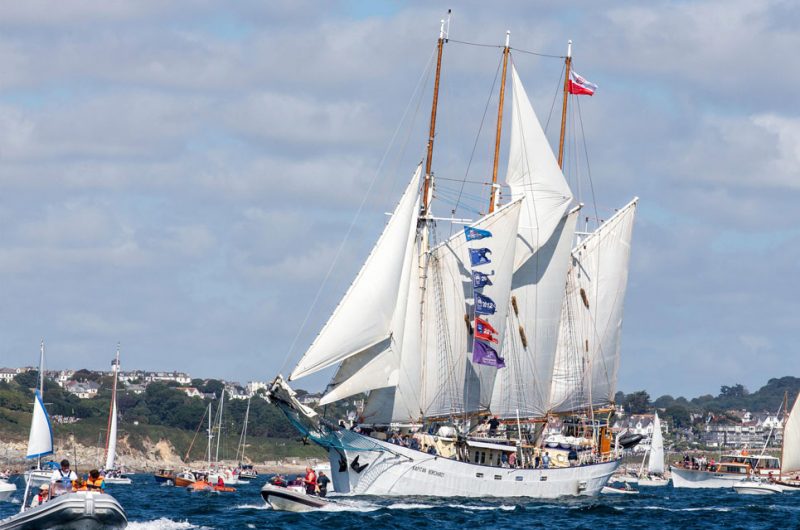 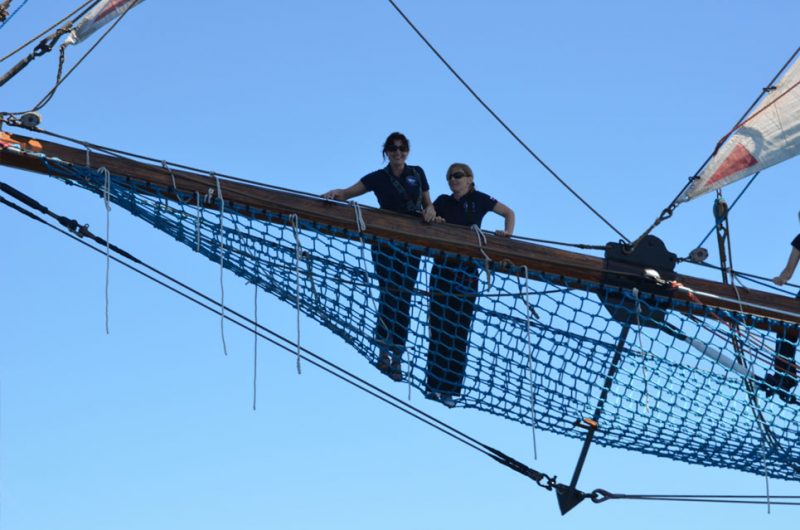 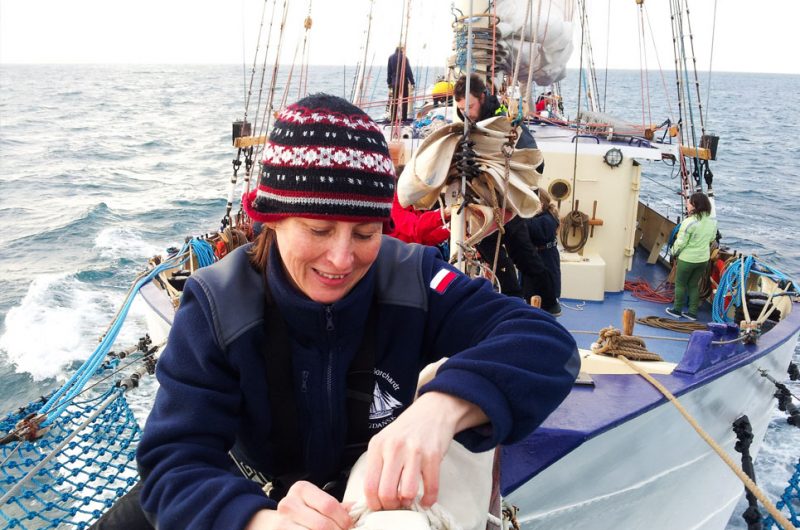 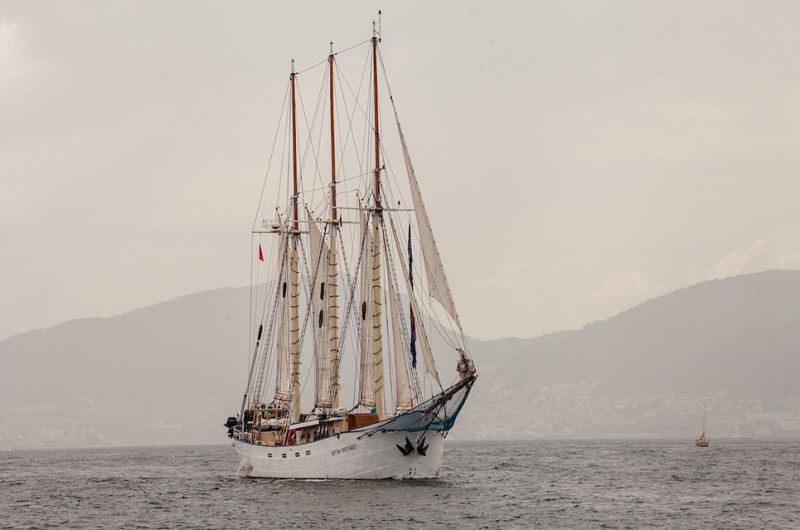 STS Kapitan Borchardt is a three-masted gaff-rigged schooner constructed in 1918, in the Netherlands, as an oceanic cargo ship. Over the years ‘Nora’ (launching name) was frequently renamed and when she arrived at the Polish coast she was called ‘Najaden’. In 1934 a crash with Pinguin – Dutch offshore motor ship – took place on the River Thames. As a result, our ship lost her original clipper bow.

Over the period of the Second World War the vessel served on the Baltic Sea in Kriegsmarine as a training ship for a U-Boat school located in Gdynia. During a German evacuation operation on the Baltic Sea in 1945 the ship was towed to Travemude. In 1989 Stockholm became the home port of the vessel. There it was reconstructed and – for the first time – used for charter passenger voyages on the Baltic Sea. On August 30, 2011 the ship was handed over to Polish sailors in Nynashamn, Sweden. On that day the vessel had its first cruise under the Polish flag. Soon after that on October 8, 2011 in the city of Gdańsk she was christened as Kapitan Borchardt.

Kapitan Borchardt is a sail training ship with a long tradition of trainees on board. This almost 100-year-old ship will teach you the real, down-to-the-roots way of sailing. Her international crew, together with an experienced captain, will show you how to do it safely, but with loads of fun! We're not into shouting although we maintain the drill. We'll show you why and when it's important to stay focused and how to manage your work and rest time. Our 2-3 people cabins have private toilets, a cook on board and a nice mess mean that you'll feel comfortable, well-rested and ready to get friendly with our favourite element: water. If you want to be part of a strong group, learn something new about sailing, but also about yourself and have fun... join us!

Our sail training programme contains theory and practice. First things first, we teach about all the necessary safety measures, alarms and safety on board. Trainees get to know the ship, its mechanisms, sails and crew very well, so that they feel confident on board. Every day you'll get two hours of lectures: theory of sailing, navigation, meteorology, tides, etc. The content of the theory hours depend on what you want to learn. The most important thing is practice. You'll be divided into four watches: three navigational and one galley watch that changes every day. Under the command of an experienced officer you'll take care of all the sails and lines, steer, carry out minor repairs, and take part in the manoeuvres. Having your duties, experiencing the responsibility and dealing with sometimes hard conditions of the sea makes you stronger, more self aware and focused. This experience lets them develop, find friendships for life and happiness in every day.
Find your adventure
This site uses cookies: Find out more.