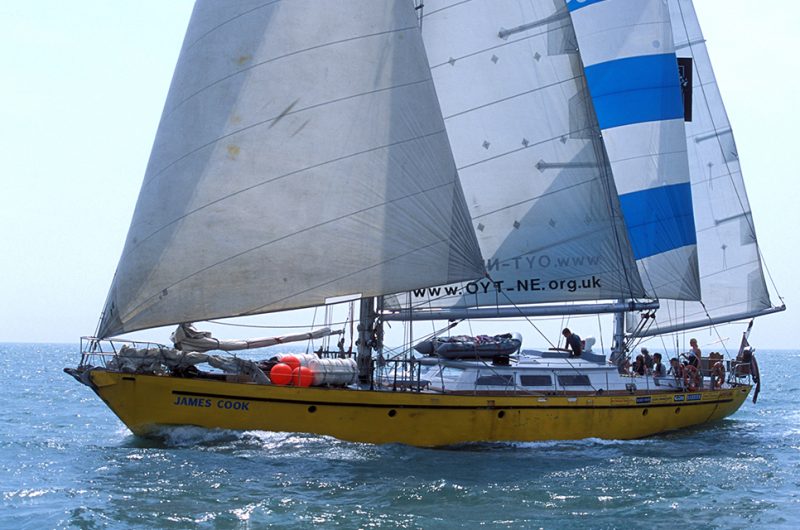 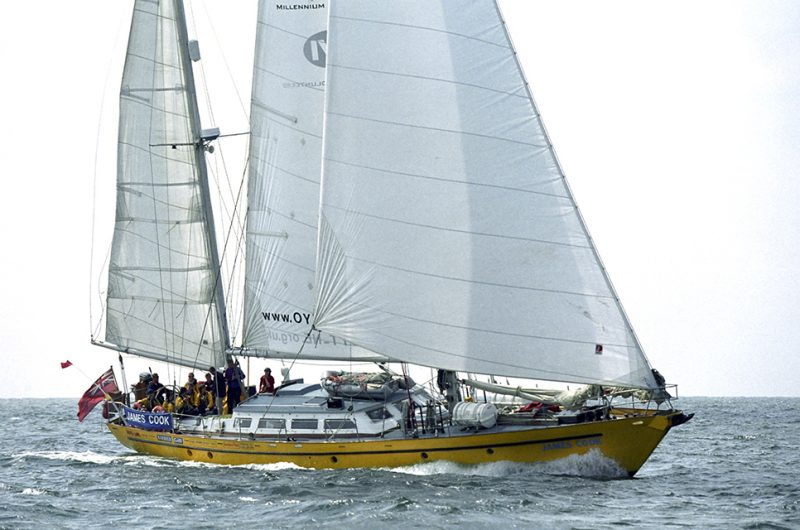 The James Cook is named after Captain James Cook, RN, FRS, probably one of the greatest sailors, explorers and navigators ever to go to sea, and our boat spends much of her time sailing the North Sea waters where the young Cook learned his sailing skills.

A regular in The Tall and Small Ships’ Races with her distinctive yellow hull, and proud winner of the ASTO Langhorn Trophy in 2003. James Cook’s second sailing home is the Baltic and over the years we have struck up great and lasting friendships with many boats and crews.

A tough 22 meter steel ketch, James Cook has the accolade of circumnavigating the globe under sail. In addition to her annual appearance in The Tall Ships’ Races, James Cook provides sailing opportunities for young people that include weekend taster trips, week-long RYA Competent Crew qualifying passages and cross-North Sea trips to the Baltic Sea and the Netherlands.

On the James Cook we hope to inspire young people the way the sea did our namesake James Cook, and always mention Cook’s personal motto, awarded by King George after one of Cook’s great voyages of discovery: ‘Nil Intentatum Reliquit’. Leave nothing unattempted!

Whilst James Cook does not have the majesty of the class A Tall Ships she is a large purpose built yacht that has circumnavigated the world. Having a smaller crew, she offers a more personal experience with opportunities to be involved in all aspects of running the ship including cooking, eating, close living, navigation and use of a marine radio. She has a crew of 12 and 6 staff. You can take part on your own or come with a group. No previous experience is required, no matter if it’s your first time sailing or whether you are a veteran mariner. You will soon be a part of the team. As well as learning how to sail, you will meet new people and make new friends, see your first whale or dolphin, night-sail under a star-filled sky, go swimming or enjoy a BBQ on the beach. Our programmes offer the opportunity to gain a variety of transferable skills and you can work towards more formal qualifications such as Duke of Edinburgh Award or Guide and Scout badges.

To date, OYT North has worked with over 9000 young people, mostly from the North of England and currently engages with 500 each year. We offer residential voyages from April to October on both the East Coast (based in North Shields) and the West Coast (based in Whitehaven) of Northern England. We don’t just sail, we’re in and out of ports and there are lots activities and opportunities for leisure such as swimming in the sea or having a BBQ on the beach. Most of our voyages are designed for crew members aged from 12-24, and are typically 2, 5 or 6 days long. We also run Key Stage 2 expeditions on the River Tyne for the personal development of young people aged 10-11. We believe in equal opportunities and encourage everyone to take an ‘Adventure under Sail’. We work with all types of groups from schools and scouts to visually impaired individuals and special educational needs groups. OYT North’s programmes are fantastic stand-alone experiences, but also pave the way for lifelong development.
Find your adventure
This site uses cookies: Find out more.