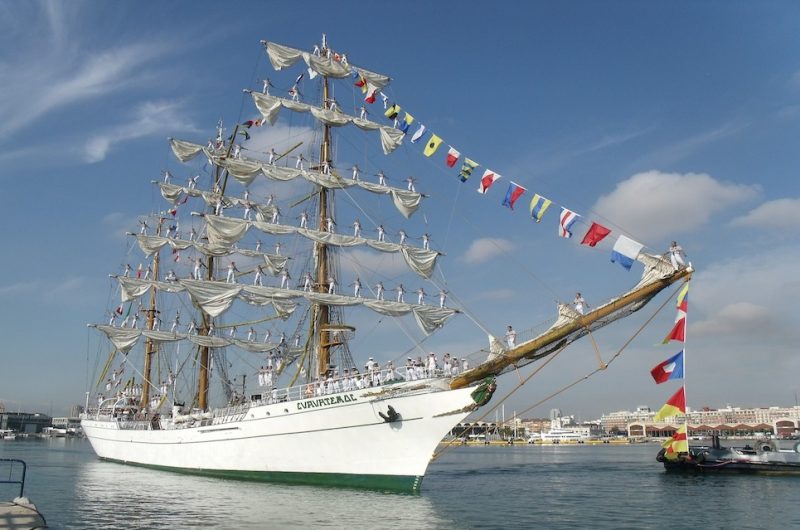 Cuauhtémoc was built in Bilbao, Spain in 1981 and originally called Celaya. She was later acquired by the Mexican Navy as a training vessel for officers, cadets, petty officers and sailors. Cuauhtemoc sailed the world for thirteen years and in 1995 underwent a major refit of the ship and rigging.

Cuauhtémoc has been the proud winner of the Tall Ships’ Races on two occasions.

The Mexican Navy is a national military organization of permanent character, whose main objective is aimed at using its naval power for defense purposes and cooperating on national security issues. Some of its attributions are to:

•Organize, train, enroll, equip and direct forces under the command of the Navy for the accomplishment of its overall mission and the full exercise of its functions.
•Cooperate with the Mexican Government by safeguarding the legal framework.
•Carry out different activities in order to safeguard and protect the sovereignty of the State. Similarly, the Mexican Navy shall defend its territorial seas, both maritime and land areas, islands, cays, reefs, baseboards, and continental platforms. Furthermore, protection includes lakeside areas and rivers, where possible, and the national aerospace. Also, the Navy shall protect the rights of its sovereignty within the Exclusive Economic Zone.
•Protect maritime, lakeside and river traffic within its territorial jurisdiction as directed by the Supreme Command. In this regard, the Navy shall establish the necessary control areas that depend on the Supreme Command along with law enforcement agencies through settlements that shall include aerospace as established by law.