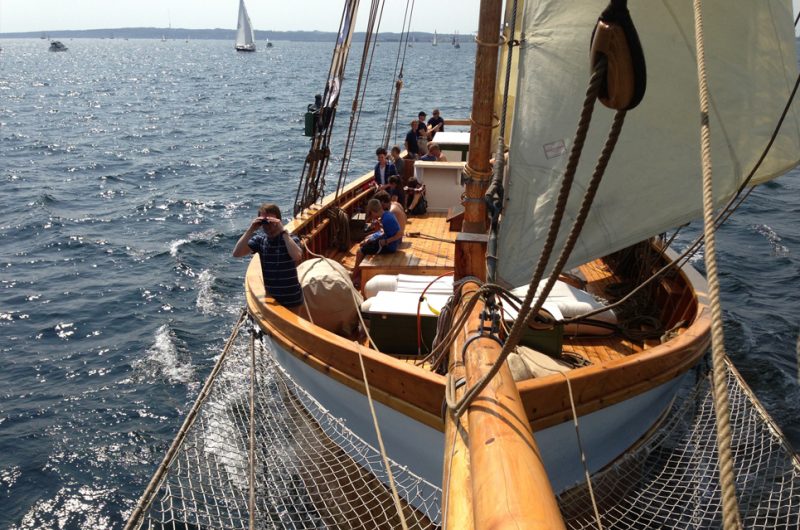 Caroline was built in 1885 in Kristiansand at Sterkoder yard,  by the famous boatbuilder John Borve.  Originally named Trine, she was built as a sailing cargo vessel, mostly used to buy stockfish in Lofoten, northern Norway, sailed to Bergen or Kristiansand to sell the fish, returning with general cargo.
The first engine was installed in 1939, and in 1950 the sailing vessel was rebuilt to be an engine cargo vessel.
Until Lars Henning Lura and Kjell Hegelstad bought the boat in 1998, there had been a total of 22 owners in her history.  She was a wreck at the time of purchase, and they have spent more than 10 years, in their leisure time, restoring her.