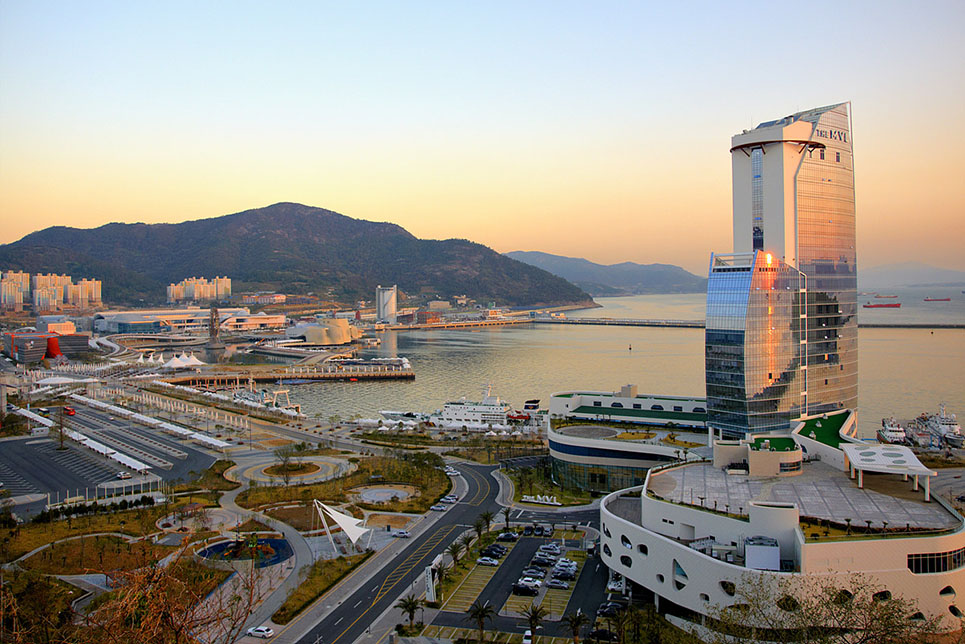 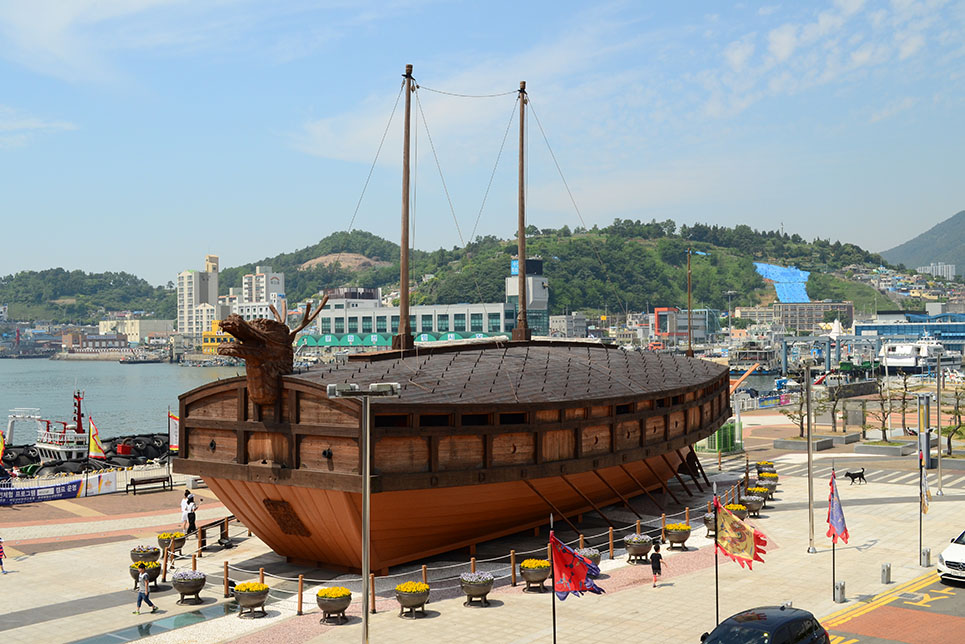 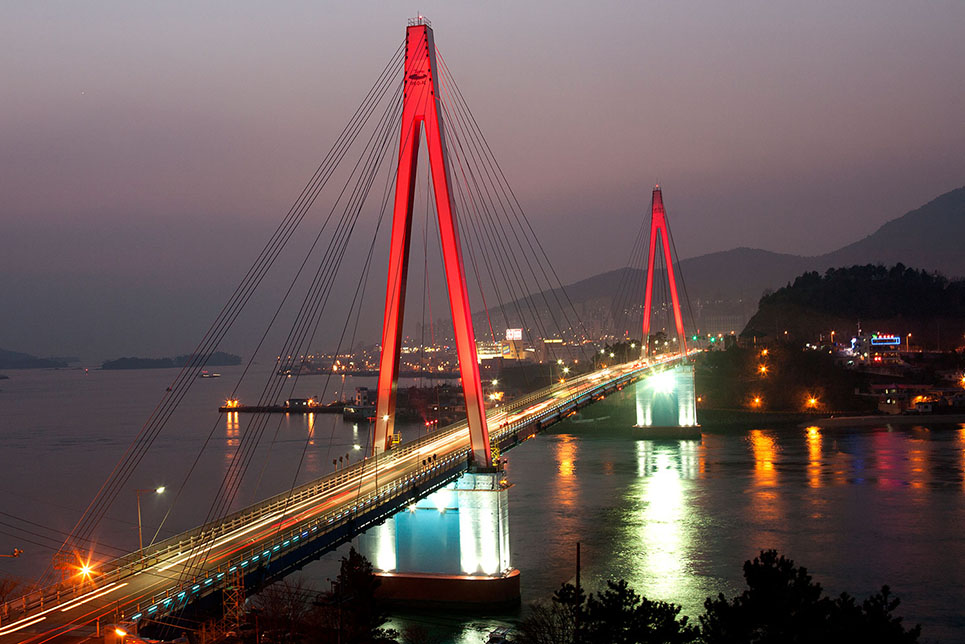 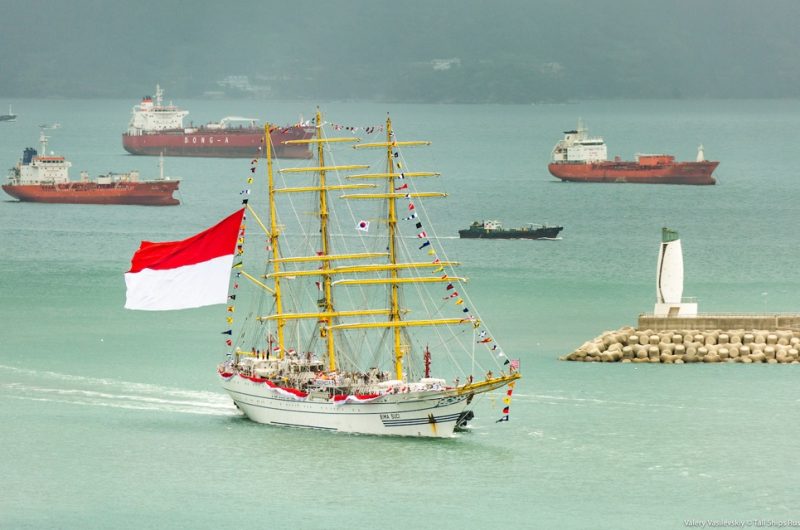 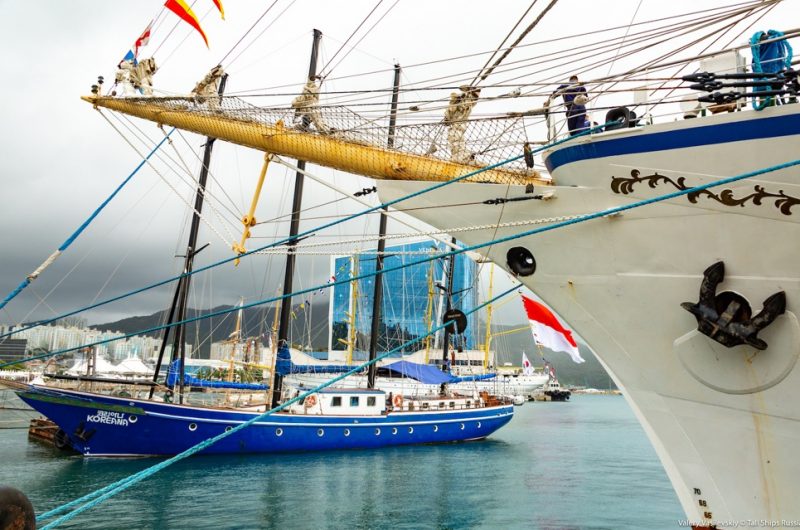 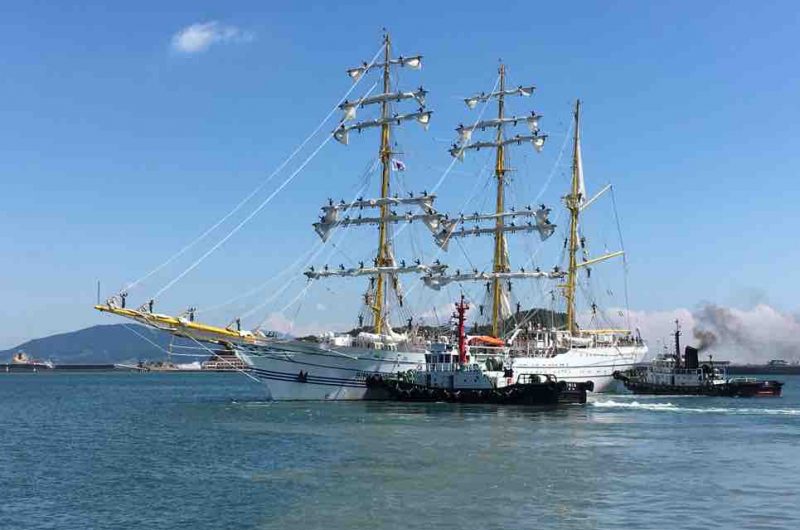 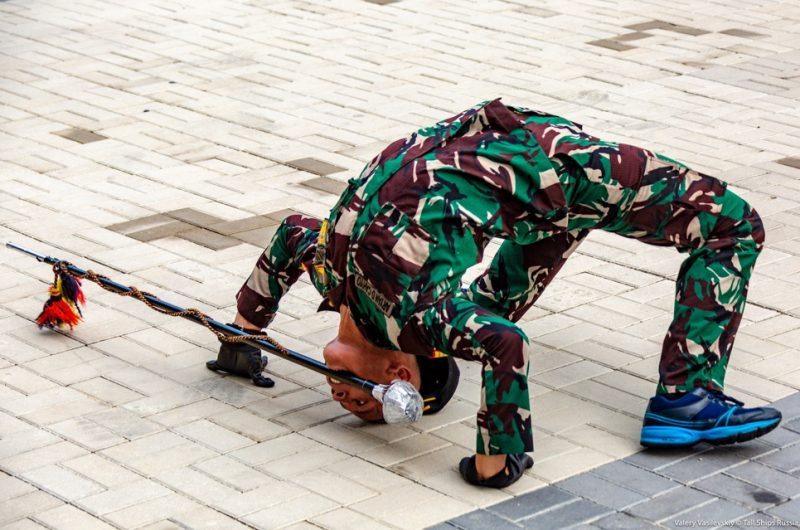 Now that's what we call bendy! 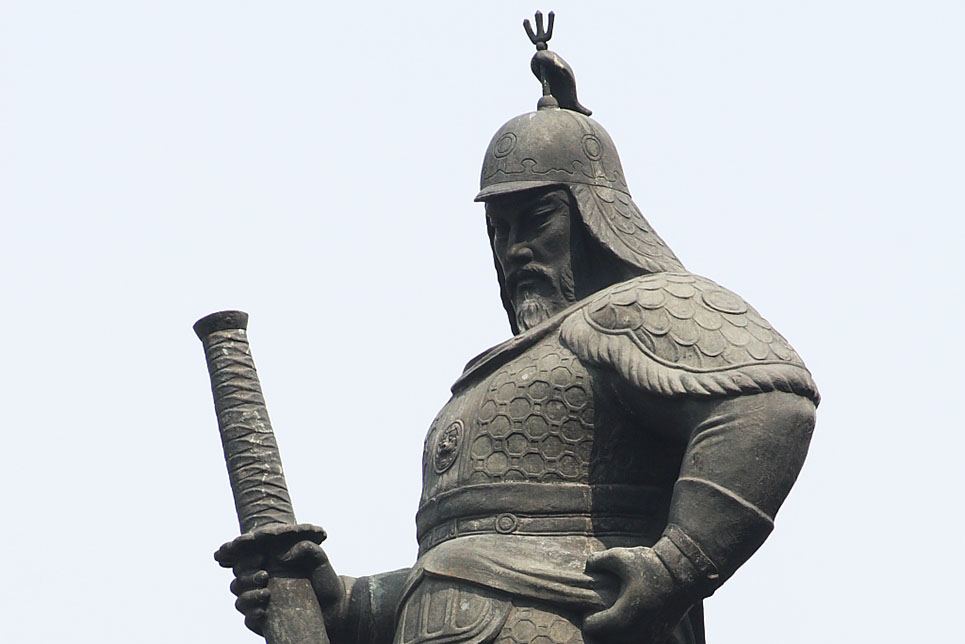 A statue of Admiral Yi Sun-sin in Yeosu, South Korea. 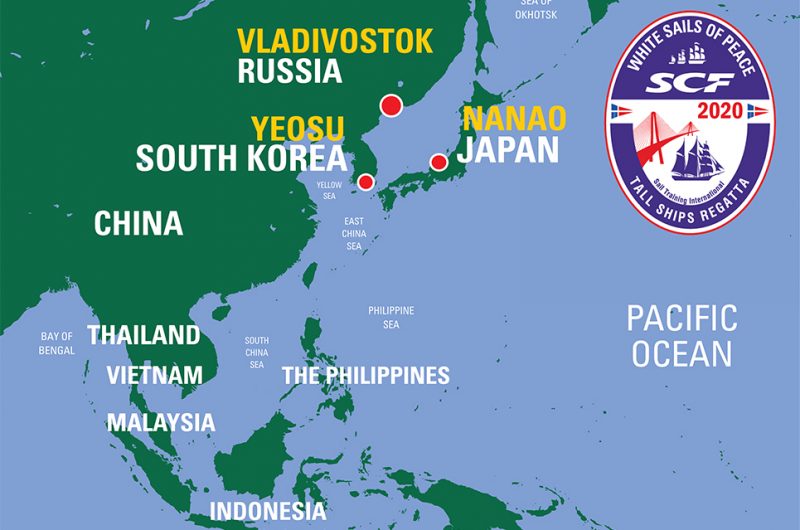 The port city of Yeosu is located in the south of South Korea, on its East China Sea coast. The Tall Ships fleet first visited the bustling maritime city for the during the SCF Far East Tall Ships Regatta 2018.

After Yeosu was chosen to host the 2012 World Expo, it was catapulted into the tourism spotlight. Now that the South Korean city’s volcanic beaches, idyllic islands and colourful historic sites have been discovered, it has grown into a popular international destination.

Yeosu has some of the most famous and best beaches in Korea: some bigger, and some secluded. The most well-known is Manseongri Beach. It is popular as it is the only black sand beach in Korea, and visitors flock here to experience a hot sand bath in the summer.