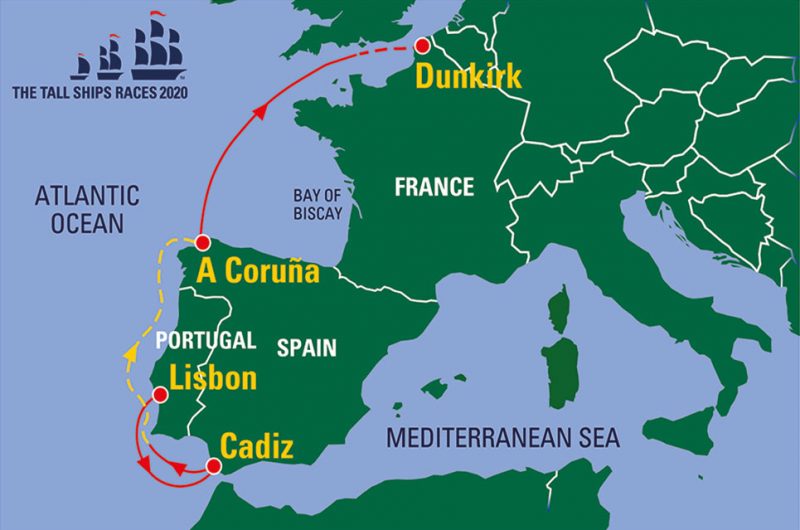 The route of the Virtual Tall Ships Races 2020. 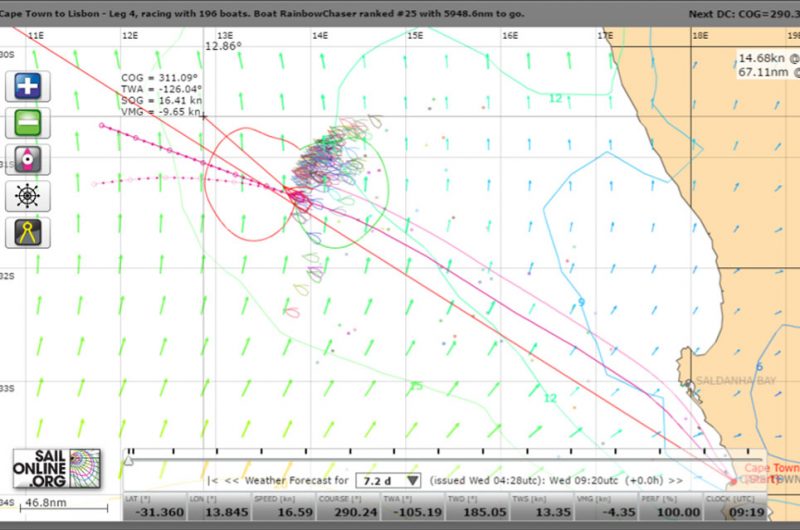 We'll be recreating The Tall Ships Races 2020 virtually with the help of racing simulator Sailonline. 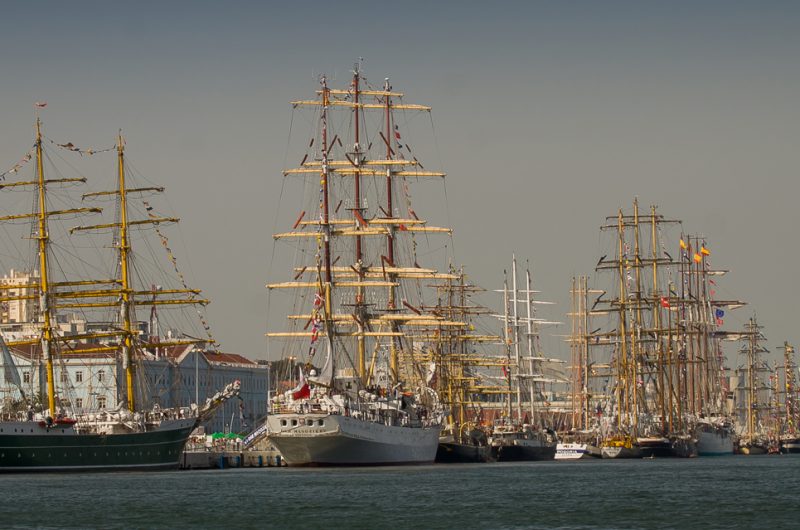 The Tall Ships fleet in Lisbon, the first virtual host port of the races. 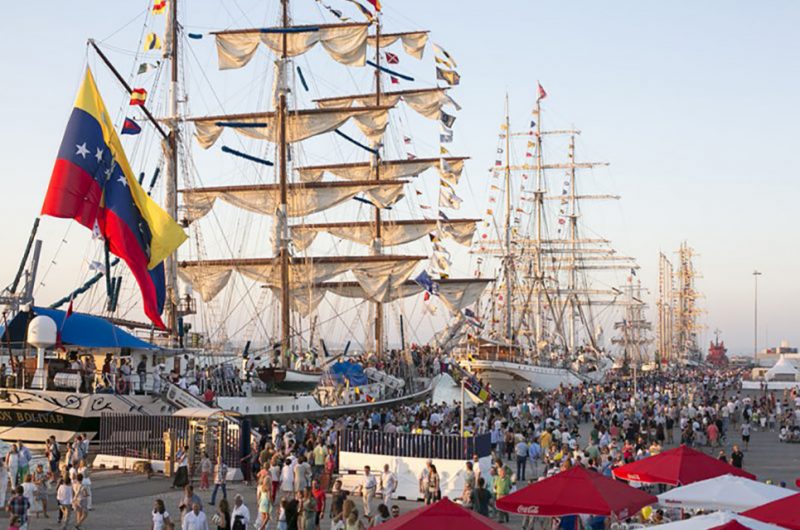 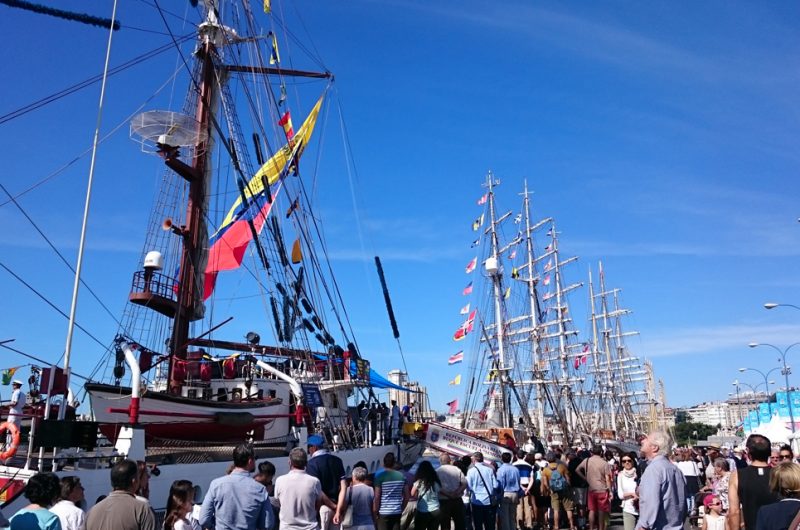 The fleet will visit A Coruña for a virtual stop off before starting Race Three. 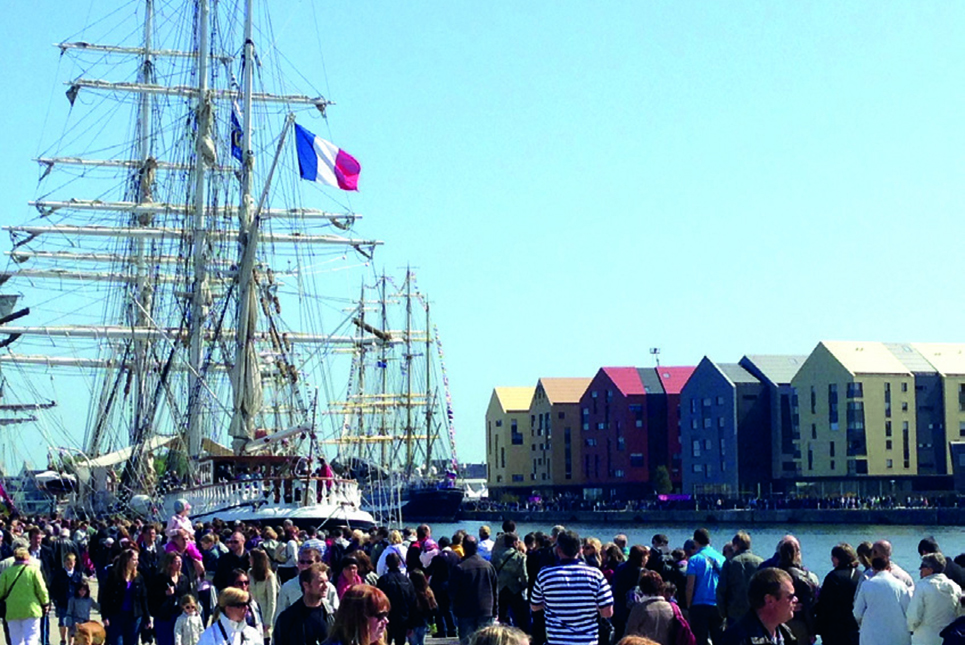 It'll be our first visit to Dunkirk as the final virtual host port of the races. 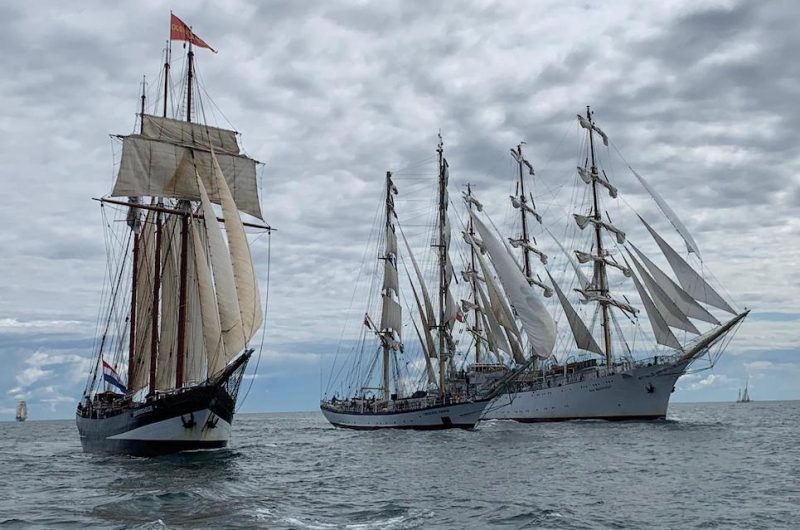 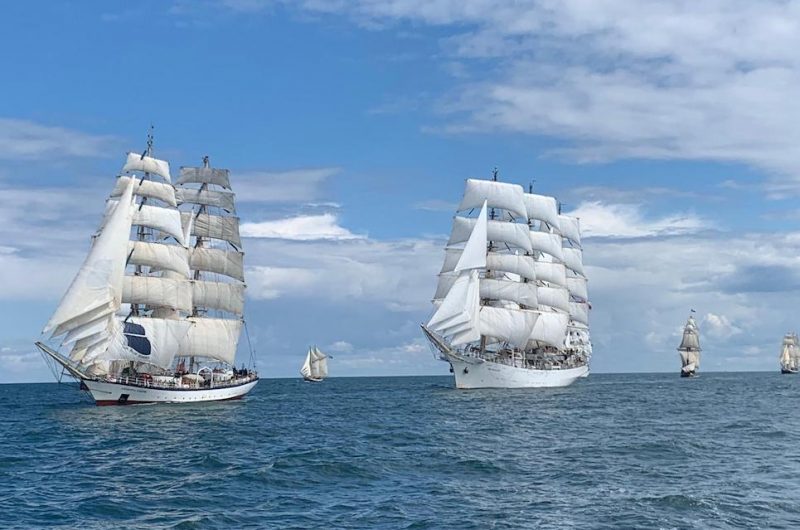 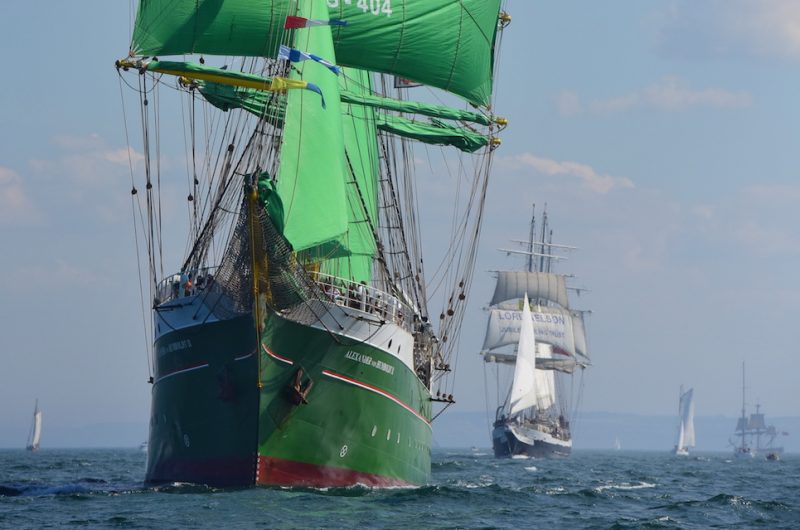 We were delighted to present the Virtual Tall Ships Races 2020 which took place from 2 July-9 August. The virtual races brought the excitement of The Tall Ships Races online as we all adjusted to the global COVID-19 pandemic…

Enjoying the thrill of the high seas and spectacle of the Tall Ships fleet may have felt like a distant dream, but the Virtual Tall Ships Races 2020 helped to plug the Tall Ship shaped hole in our hearts. We partnered with virtual racing simulator Sailonline to complete each postponed race leg in real time, only online.

It wasn’t just on the water action that we recreated, throughout the races we’ll also brought you the unique vibrance and beauty of each Host Port city. During their originally scheduled in port dates, Lisbon, Cadiz, A Coruña and Dunkirk showcased what a fantastic experience The Tall Ships Races are when they sail into port and also provided a preview of what to expect in 2021 when the rescheduled races will be run.

We teamed up with racing simulator, Sailonline to bring you the Virtual Tall Ships Races 2020. One of the best things about Sailonline is that it allows more flexibility for beginners, with a hugely increased margin for error and experimentation. This would enable real life Tall Ships Races captains and crew to compete against regular competitors from the online sailing community.

Races played out in real time, following the same race routes and waypoints of the original postponed races. Participants also benefited from realistic weather conditions for the race, giving them the chance to learn how to take advantage of wind speeds and directions to take them to the front of the fleet.

Over 200 participants would take part in each of the virtual race legs with tactical choices presenting themselves across the races.

It was an exciting two days of virtual sailing for the fleet as they continue to make their way across the finish line of the Virtual Tall Ships Races 2020: Race One off the coast of Cadiz, Spain.

“The weather for the race start was fantastic with the wind blowing straight down from the North at around 16 knots. It was clear that it was going to be a race where the big decision will be between staying close to the coast and taking a shorter route, or heading further out to sea to take advantage of the stronger winds.

“As the fleet rounded the Ponta de Sagres, they entered a more technical part of the race with headwinds all the way to the finish line in Cadiz. Morning saw the majority of the ships grouped in a 30NM span of each other with Sailonline regulars leading the way.

“It was interesting at this point to see how our traditional Tall Ship captains, with their working knowledge of the seas and wind will able to out manoeuvre their experienced virtual race competitors.”

“Frontrunners began to come in thick and fast as they started crossing the finish line from around 2100 UTC on Monday. A large number of the fleet followed them overnight and now there is around a third still out on the water.

“It looked like they had a fantastic race, and virtual race experience proved important as first over the line was Sailonline regular ‘knockando60’ who has proved a skilled virtual sailor over the last five years or so.

“It really shows that knowing the simulator is just as important in these environments as well as knowing real world sailing scenarios.”

It was a tactical challenge for the fleet as they took part in the Race Two of Virtual Tall Ships Races 2020 from Cadiz to Sagres.

“This race was a short one and it presented a tactical choice for the participants. If the fleet headed north and in land, holding true to the favoured Rhumb Line, they would face lighter winds. Adversely they could head further south easing off to the west and they would retain the wind. But as they made their way to the finish of the course it was forecast to change and work against them.

“Morning on day two of the race saw most of the fleet taking chance with the shallower and lighter winds, going in towards the coast. They were getting about 3-4 knots of wind from the south which would have helped them.

“Those who headed for the south and west took advantage of a stronger wind, but that began to ease and would push them away from the race course – unless they could back up and come towards the coast. From here, the race was going to be decided on how well the fleet could manage the wind and how they competed against each other, rather than finding the most direct line to the finish.

“As the second day of racing continued, the fleet spread out quite a bit with the front runners making better use of their sail sets and calculations. For those at the front, their tactical choices helped them to make tremendous time on the middle runners.

“The first ships began to cross the line at 1700 yesterday (13 July), those who had taken a southerly course began to make their way north around that time. For those who were more tactically aware, it was an exciting and focused race in these lighter winds.”

It proved to be an exciting final race of the Virtual Tall Ships Races 2020 as the fleet raced from A Coruña to Dunkirk.

“Race Three from A Coruña up to Dunkirk was a 500nm race, heading up past Brest and moving in towards the channel. The fleet would have to avoid the channel itself due to the busy nature of the shipping lanes.

“The fleet started with approximately 15 knot winds pushing them up the race course nicely. The start of the race itself was a good one with most of the vessels forming a line and advancing along the race course.

“As the race continued we began to see different tactics, with the fleet choosing between heading windward or leeward of the Rhumb Line. At this stage it looked like the leeward route would offer early gains, but present a challenge as the fleet made it to Brest.

“If those who took a route west of the Rhumb Line stayed true to their course and the wind continued, they were set to be in the better position. However, a quick comeback was possible from those on an easterly route once they got to the coast and began tacking towards Brest.

“As the race continued the fleet entered one of the more interesting parts of the race. As the front runners came into line with Brest, they entered an area of light winds with any wind that was available working against them. The fleet were able to overcome this with some tactical tacking as expected though.

“As evening drew in it was clear we would be in for an exciting finish. The first ships began crossing the line at 0215 UTC overnight on Thursday, and just over 100 competitors had finished by 1200 UTC the following day.

“It was a great race for the virtual ships and brings to a close what has been an interesting battle between those experienced in The Tall Ships Races and their virtual sailing competitors.”