News From Behind the Sails: Dkembe’s Epic Journey

Amongst the crew in Antwerp, Dkembe, a young Bermudan sailing on board Atyla (Vanuatu) holds an especially interesting story.

Having set sail from Bilbao in Spain last month, he is hoping to continue his voyage beyond the Tall Ships Races 2016 until the vessel arrives in Bermuda a year later for Sail Training International’s Trans-Atlantic event, The Rendez-Vous Tall Ships Regatta 2017.

The sailing life is not new to Dkembe, as he has been clocking up his nautical miles speedily since his first full voyage four years ago at the age of 17. His many journeys have taken him across the Atlantic three times and even around the world twice. When we asked him what attracted him to the ocean life, his response was telling.

“In Bermuda, there are many people who have never even left the island.”

This simple statement from the youngster tells a powerful story of the power of the sea. Being able expose yourself to both the elements at sea, but also the opportunities for travel is an often irresistible proposition – as Dkembe will testify.

But not everything is plain sailing according to the young Bermudan. He admits that often the hardest part of ocean life is the homesickness – especially on long journeys like his current one, as well as a previous eight month stint on the Class A vessel, Picton Castle (Cook Islands). 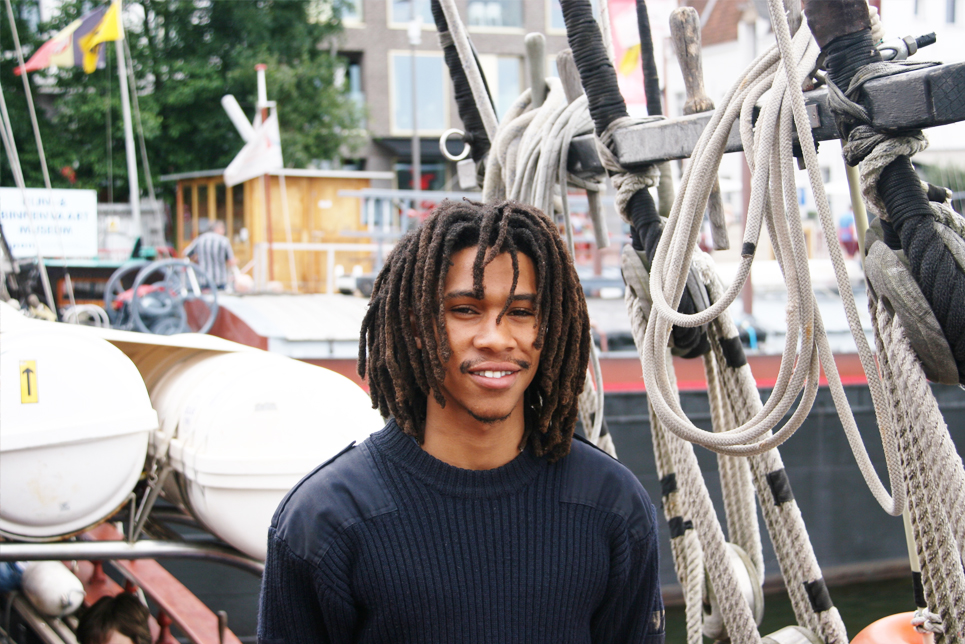 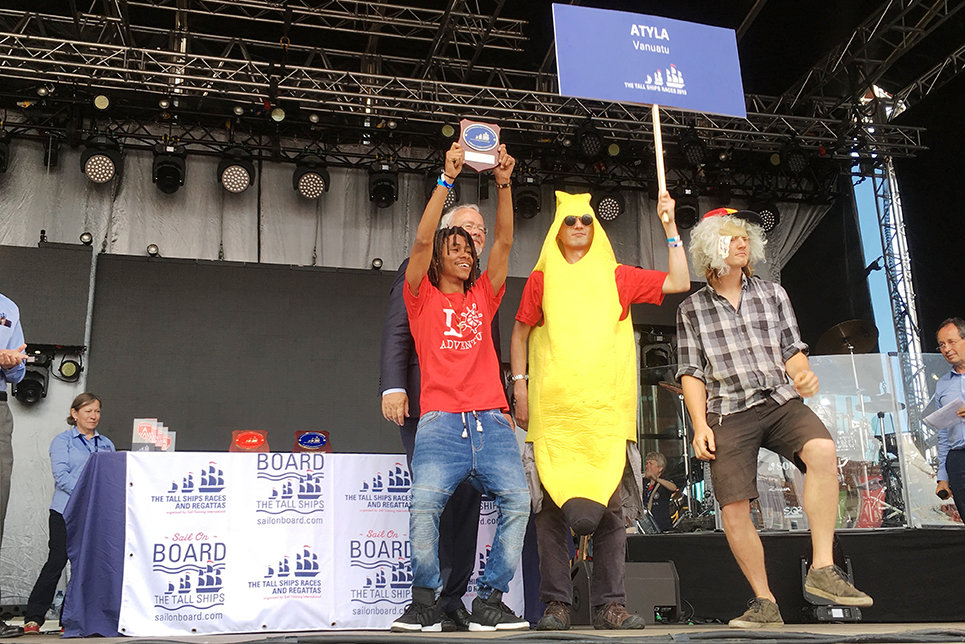 His current journey comes about from a fine example of seizing the moment. Whilst traveling in Spain, he saw Atyla offering berths for travel towards the Mediterranean and Black Sea, two locations his previous travels had not yet taken him. Direct contact through Atyla’s Facebook page followed, and soon enough Dkembe was on-board earning his keep and berth as he sails.

If he succeeds in his plan to stay on-board until he reaches home, he will have been at sea for over a year, but his dreams don’t stop at this single journey. Finding a fruitful career at sea is his aim, with nothing stopping him from climbing the ranks of success on-board.

“I’m still young, and who knows, one day I’d like to be a captain. I love the sea, she is always in my heart.”

The Tall Ships Races 2016 will visit four ports racing from Antwerp to Lisbon, Portugal; Lisbon to Cádiz, Spain and then finally racing and cruising in company to the A Coruña, Spain.

You can also follow the fleet’s progress via YB Tracking.