As is tradition, the second day of celebrations in Scheveningen/The Hague gave the crews and trainees on board the Tall Ships fleet the centre stage to thank the Host Port and spectators for their warm welcome with a Crew Parade. The parade route took the crews and trainees from their muster point on Doctor Kelykade along to the main stage area where the official Prize Giving Ceremony was held. 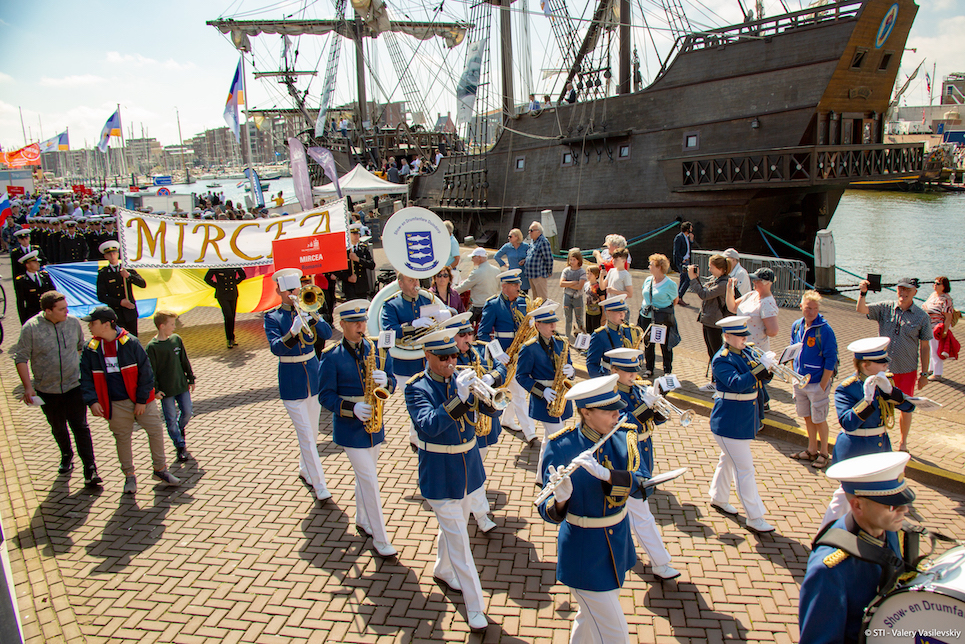 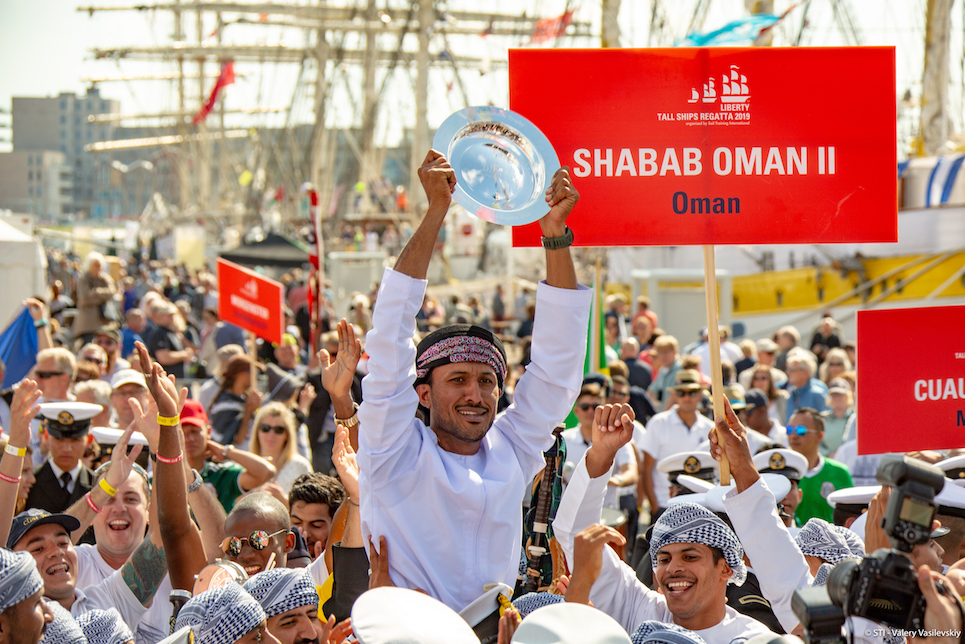 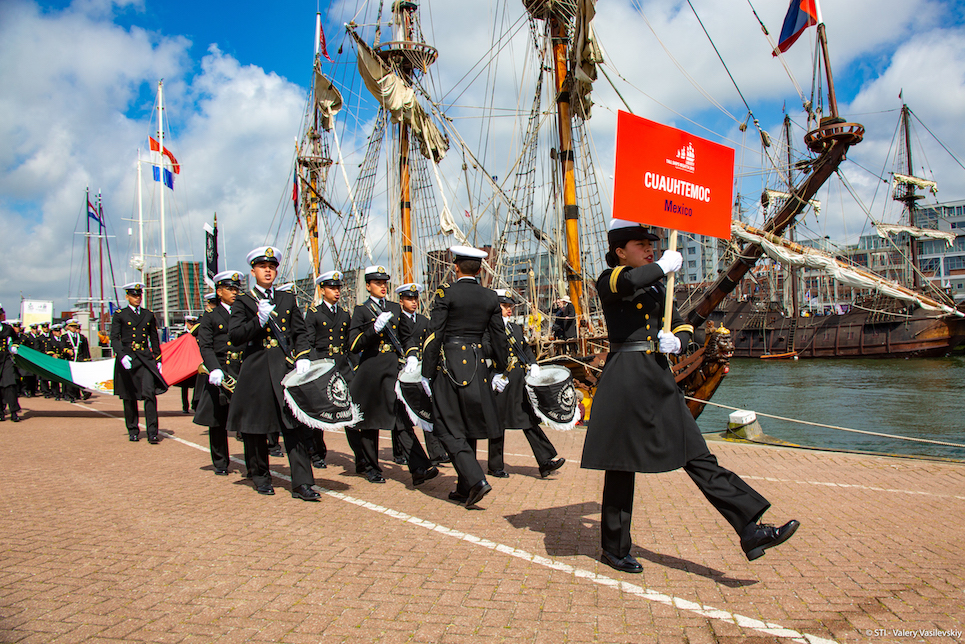 And the all important winners were…

MOST ENTERTAINING IN THE CREW PARADE (CLASS A)

MOST ENTERTAINING IN THE CREW PARADE (CLASS b)

Both vessels welcomed 11 nationalities on board for the event.

Awarded to the vessel – on the votes of all Captains and crew – which has contributed the most to promote international friendship and understanding within the fleet throughout the whole of the Liberty Tall Ships Regatta.

Teaming together to hold their first Tall Ships event, the city of The Hague and its subdistrict Scheveningen both have plenty to offer participants and spectators alike. The Hague is the beating heart of political life in the Netherlands with its Gothic Binnenhof (Inner Court) holding the Dutch parliament. Scheveningen, which means ‘haven’ in Dutch, is located just outside the city of The Hague and is a popular spot for water sports including sailing, kiteboarding and windsurfing.

The region has a rich cultural and artistic history and is home to Vermeer’s famous painting, “Girl with a Pearl Earring” and to the world’s largest collection of paintings by Piet Mondrian.

The Liberty Tall Ships Regatta 2019 will see the international fleet of Tall Ships race from Rouen, France, to Scheveningen and The Hague, The Netherlands. We’re delighted to have now added a feeder race that will enable the ships to go onto the start of the Tall Ships Races 2019 in Aalborg.