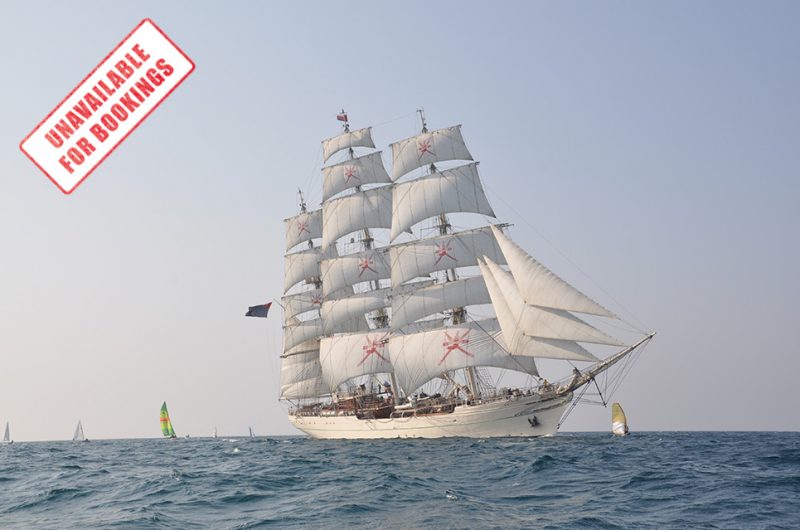 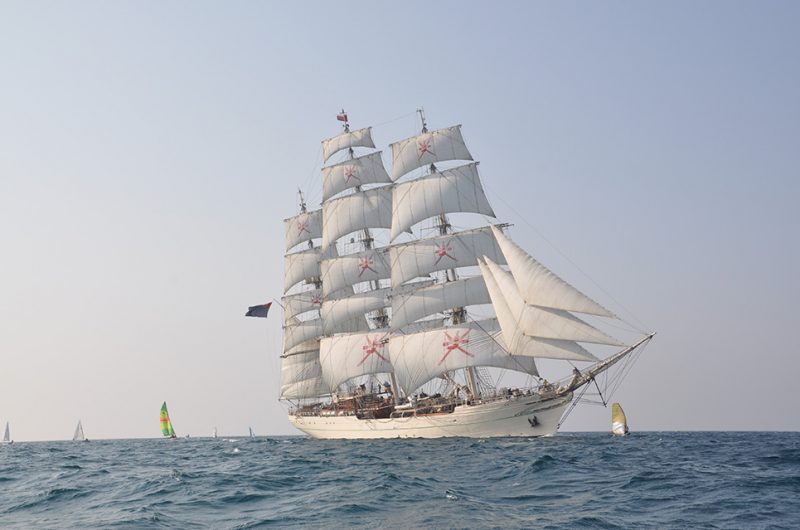 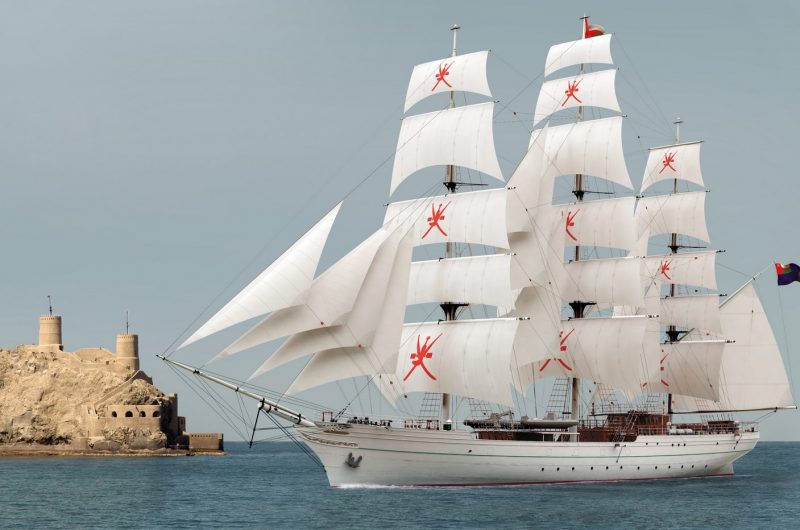 The aim of Project Orchid was to build a new sail training ship for the Royal Navy of Oman to replace the much-loved, but ageing Shabab Oman. The new ship is a three-masted squared rigged clipper, and with her distinctive ‘V’ shaped hull the ship, like all clippers, is built for speed. She has 29 sails measuring 2,630 square metres, to give her a sailing speed of up to 17 knots. She has a crew of at least 90 made up of 54 permanent crew and 36 trainees. There is also accommodation for 4 VIPs.

The hull of the new ship was launched in November 2013, and was then towed by tug down through the Black Sea, through the Bosporus and then right through the Mediterranean. After battling through the stormy Bay of Biscay, the ship arrived at Vlissingen in Holland in January 2014, where the final stages of construction were completed including the task of installing the complex rigging. Sophisticated navigation and communication technology were also installed.

The ship’s first long voyage was through the Mediterranean, the Red Sea, the Arabian Sea and the Oman Sea to reach the Omani capital, Muscat.