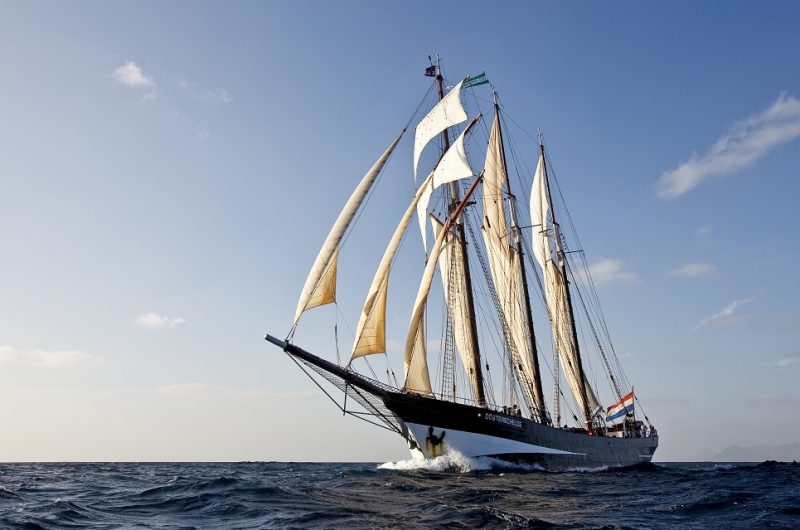 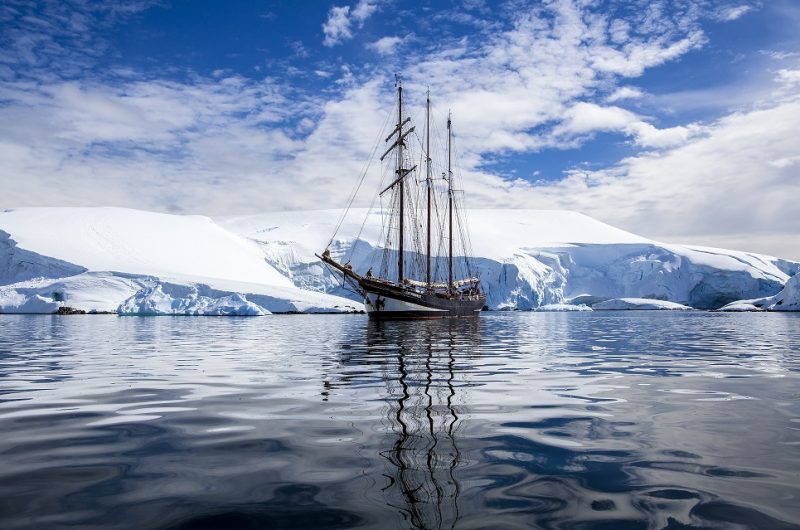 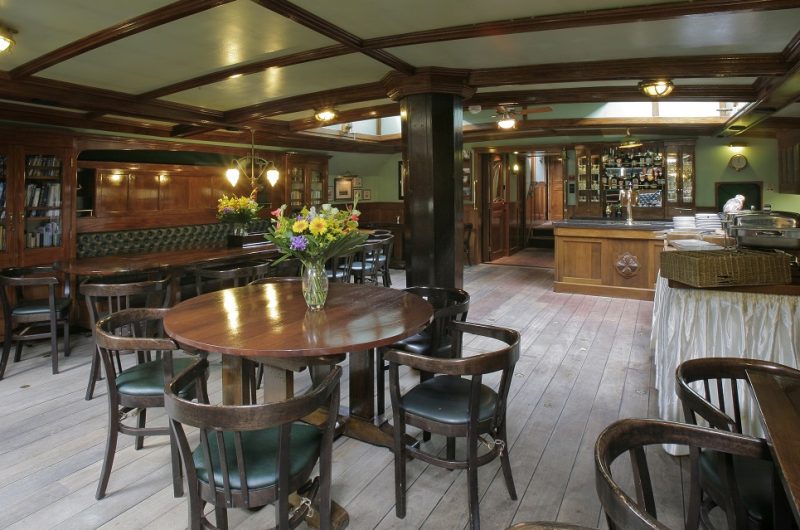 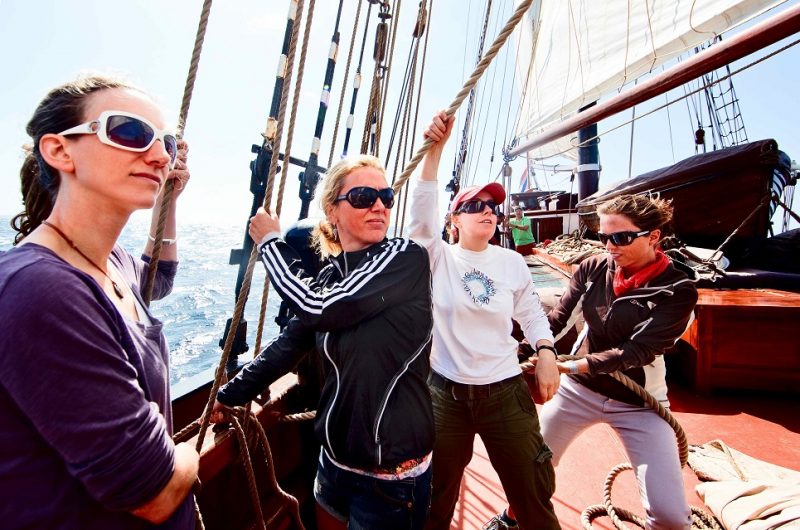 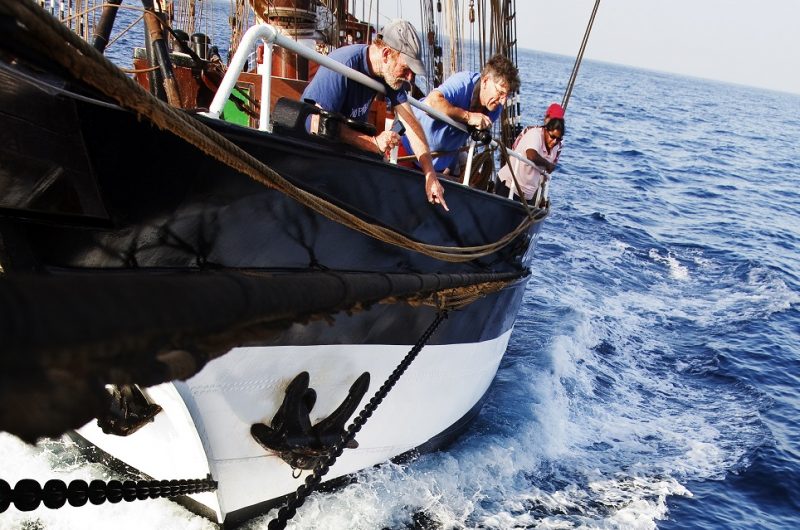 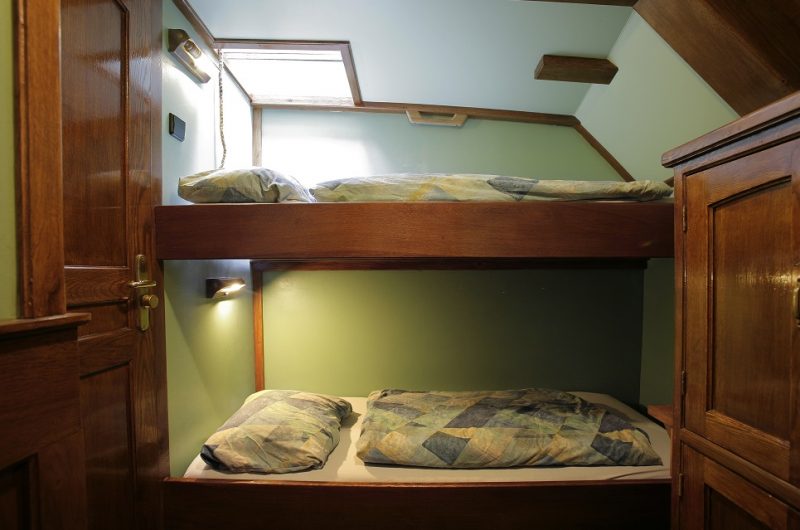 The ‘Oosterschelde’ is one of the very few truly historical ships left in the world. She was built in the Netherlands in 1917 at the order of the Rotterdam shipping company HAAS and is the last remaining representative of the large fleet of schooners that sailed under the Dutch flag at the beginning of the 20th century.

Her name is derived from the eastern part of the Schelde river that flows from France through Belgium and the Netherlands to the sea. As the largest restored Dutch sailing ship the ‘Oosterschelde’ is a monument for Dutch shipbuilding and maritime navigation under sail, she is unique in her kind.

As a freighter ‘Oosterschelde’ carried some hundred tons of cargo including bricks, herring and bananas. In 1921, the ship was sold, changing hands three times and converted to a motor-sailor before being bought in 1988 and restored to her former glory.

The Rotterdam Sailing Ship Foundation was founded to support restoration through fund raising and began work in 1990. The ship was officially launched in 1992 by Her Royal Highness Princess Margriet.

The ship is known and registered as a monument by the Dutch Government. Since the restoration the ‘Oosterschelde’ made several impressive voyages, sailed around the world twice, made expeditions to Spitsbergen and Antarctica and visited over 50 countries.

Last year ‘Oosterschelde’ won the Tall Ships Race from Bermuda to Boston and the trans-Atlantic race from Halifax to Le Havre. Not bad for this 100-year old lady.

Where better to get acquainted with the romance of the sea, traditional seaman’s life, and the skills and customs to go with that, than on board Oosterschelde, one of the oldest and most authentic vessels of the international fleet. The Oosterschelde was built in 1917 as a sailing cargo vessel and was fully restored in the early 90s with great craftsmanship, passion and attention to detail. Ever since the restoration she sails the world's seas, from Antarctica to the north pole and Australia to Africa. The experienced and often young crew can tell you tons of stories about exotic places and faraway lands, but will also provide a listening ear. In a typically Dutch casual atmosphere, you will learn all there is to know about sailing and navigation. And you will get a chance to work alongside the crew to get some hands-on experience. It can be a tough job because the Oosterschelde does not use any winches to hoist the sails, but after the work is done there's lots of time to relax, enjoy good food, music and each other’s company in the spacious salon.

It’s the wind that pushes the ship forward, but it is the commitment and skills of the crew that will make the difference. In a relaxed Dutch style, the professional crew will motivate you to give it all you’ve got. There’s lots of time for instructions and there are no "stupid questions." In a relatively small group of 24 trainees and eight crew, you are not just a number and there is time and attention for every person. Regularly, the crew will give classes about navigation, meteorology or other nautical subjects, but it is also possible to assist in technical maintenance and help the cook in the galley. Students of nautical or maritime schools are able to work on their task book and get mentoring from our crew, as the Oosterschelde is a certified training company.
Find your adventure
This site uses cookies: Find out more.