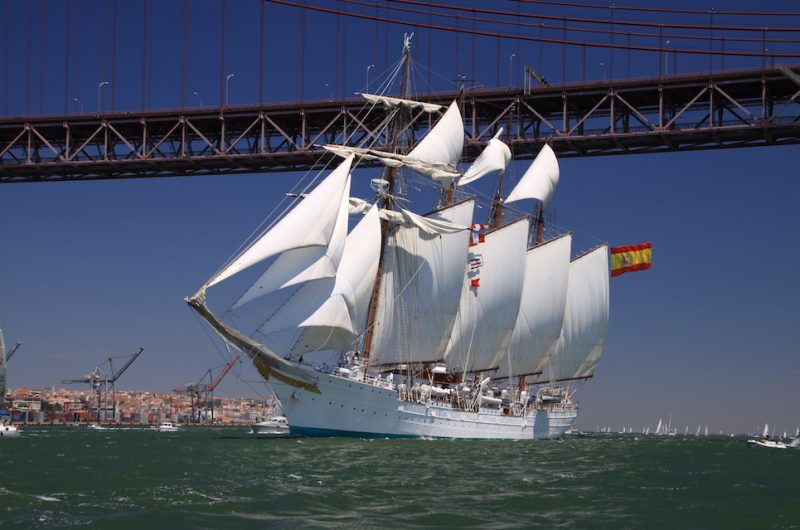 The “Juan Sebastián Elcano” is the Spanish Navy midshipmen training vessel.
She is a four masted topsail schooner with a hull made of iron and a crew composed of 220 members, including midshipmen.
She was launched in 1927 and delivered to the “Armada” in 1928. Since then, she has completed 77 training voyages including ten circumnavigations of the globe; this is, more than one and a half million nautical miles sailed.
Each of her four masts is named after the other training ships which preceded her (Blanca, Almansa, Asturias and Nautilus).
The vessel is named in honor of Juan Sebastián de Elcano, the first navigator to complete a voyage around the globe. She also carries the Elcano´s coat of arms which was granted to him by Emperor Charles the 1st as a reward for his glorious deeds.
Above the shield there is a closed helmet with a crest consisting of a globe with the Latin motto “TU PRIMUS CIRCUMDEDISTI ME” (the first to circumnavigate me).