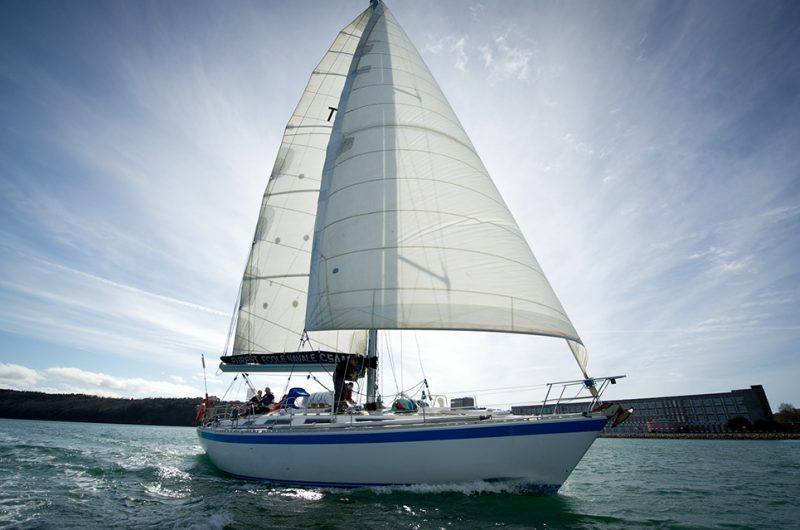 Hosanna, a Centurion 47′ built in Wauquiez shipyard was launched in Saint-Martin in 1990. With a bespoke design for Mr Labouret, back then Wauquiez board member, she was used as a prototype model for the famous Centurion 49′. Mr. Labouret sailed on her in the Caribbean from 1990 to 1994 as she was part of the “Reunited Centurion Charters” which was managed by a US company in Oyster Pound (Saint-Martin). From 1990 to 1996, Hosanna took part to the Antigua races. Her main ports of call were Saint-Barthelemy, Anguilla, Saint Kits, Barbuda, Antigua, British Virgin Islands, Tortola, Anegada, Just van Dick.

In 1996, Hosanna was sent to the shipyard in Marseilles Pointe Rouge for a major refit at Wauquiez’ shipyard. Over the following summer Philippe Labouret, sailed to Greece together with his four daughters. From Poros, where she was berthed from 1996 to 2006, Hosanna sailed in Peloponnese, Sporades, Cyclades and Turkey waters.

In 2007, Hosanna stayed in Croatia where she was fitted with a new teak deck, as well as a much more powerful engine. In this year she joined Nidri in Lefkas. In 2010, Philippe Labouret sailed back to Corsica, then to Toulon where he reached land in September 2010.

Mr Labouret then officially donated Hosanna to the Ecole Navale, the French naval academy on October 1st 2010. Since then Hosanna has been sailing for the benefit of the Ecole Navale students as well as young sailors with different backgrounds. In July and August 2012, she took part to the Tall Ships Race for the first time (departing from Saint-Malo, call in Lisbon, Cadiz, A Coruna and back to Brest).

Hosanna took part in The Tall Ships Race in 2014 (between Harlingen, Fredrikstad, Bergen and Esbjerg), and in 2015 (between Kristiansand and Aalborg) and in 2016.