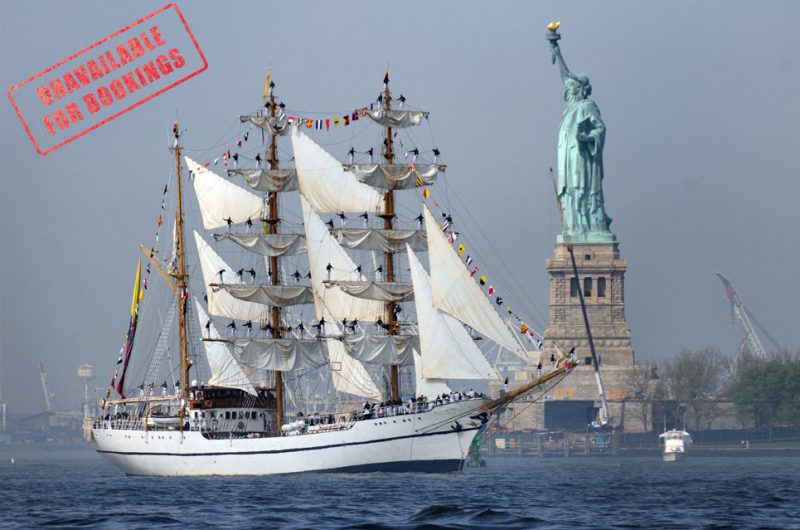 The history of the sailing ship ARC Gloria began in 1966, when the Colombian Government, by means of Decree Number 111, authorized the National Navy with Vice Admiral Orlando Lemaitre Torres as its Commanding Officer, to acquire a sailing vessel like a three-masted Barque to become the Training Ship of the Colombian Navy.

It is said that at that time, in many meetings at work or in social events with the military leadership, the favourite topic of Admiral Lemaitre was always the need for a Training Ship. His enthusiasm and clear ideas encouraged General Gabriel Rebaiz Pizarro, the Colombian Defence Minister at the time, to support the project by taking a napkin and writing on it, “worth one sailboat,” and signing it.

After this unusual “pact” a formal contract was signed with the Spanish Naval Construction Company of Bilbao on 6 October 1966, and began to be fulfilled in April 1967.

On 7 September 1968, with the vessel moored at the wharf of Deusto Channel, official work for the official ceremony of the National Ensign was carried out on the ship.