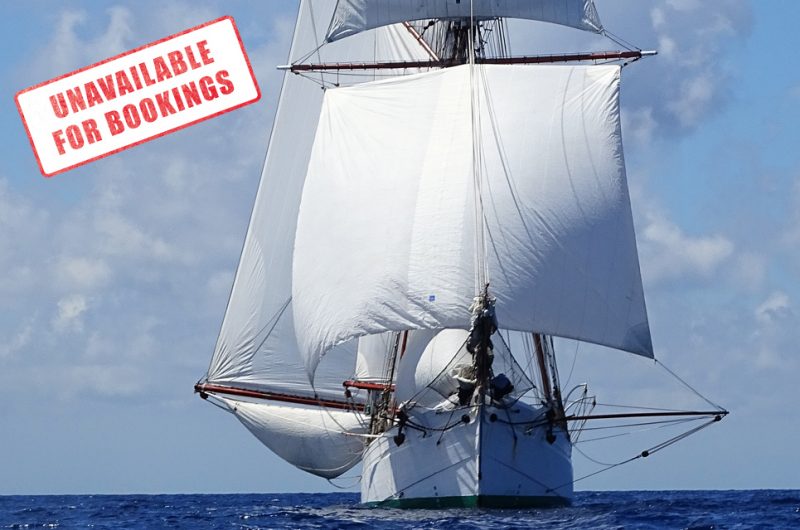 Belle Poule and Etoile, these two schooners were constructed in 1932 by the Chantier Naval de Normandie, in Fecamp, for the French naval academy (Ecole Navale). They are identical and of the “Paimpolaise” type of fishing schooner which used to sail from the North coast of France to Iceland during the late 1800’s. The schooners are used in the training of midshipmen in the fine arts of open sea sailing and navigation.

The normal complement aboard is one officer, ten petty officers, five non rated men and about twelve midshipmen or trainees. The regular crew is permanently attached to their ship while the trainees usually are aboard for a period of one to two weeks of extensive sail and navigation training. The home port for both vessels is the Naval Base in Brest, near the Naval Academy which is across the roadstead, in Lanveoc.

The specifications of the ships are: displacement 280 tons, length overall 123 feet (37.5 metres), beam 24 feet (7.2 metres), mean draft 12 feet (3.7 metres), and height of the main mast above the waterline 107 feet (32.5 metres). The ship is also equipped with a 285 horsepower auxiliary motor, driving a two bladed screw, used for entering and leaving ports. The ship has a possible sail area of about 500 square metres.

During WWII, both schooners were used by the French Naval Free Force (FNFL) as training ships, based in Portsmouth (from 1940 to 1944).