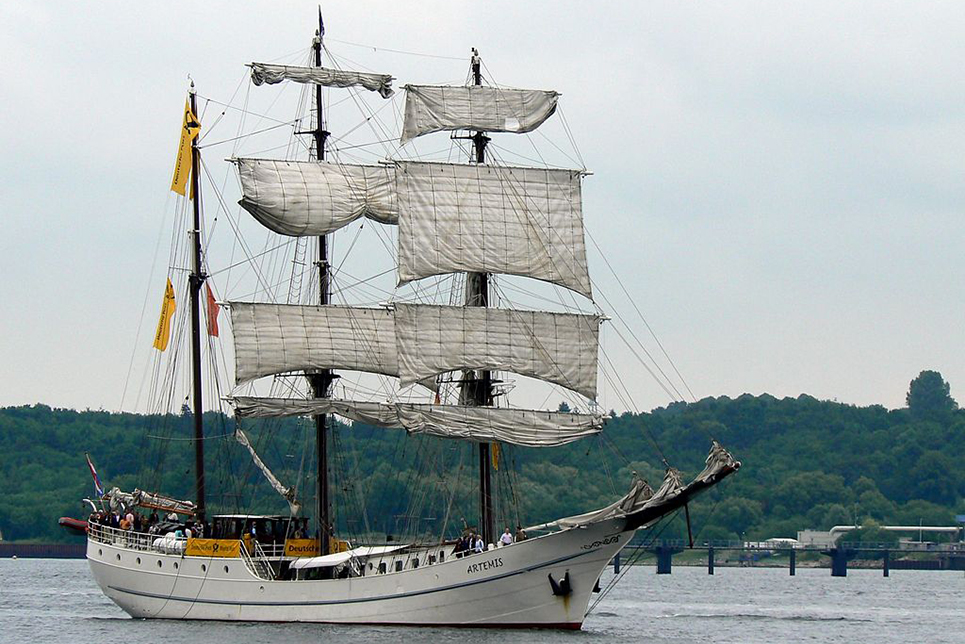 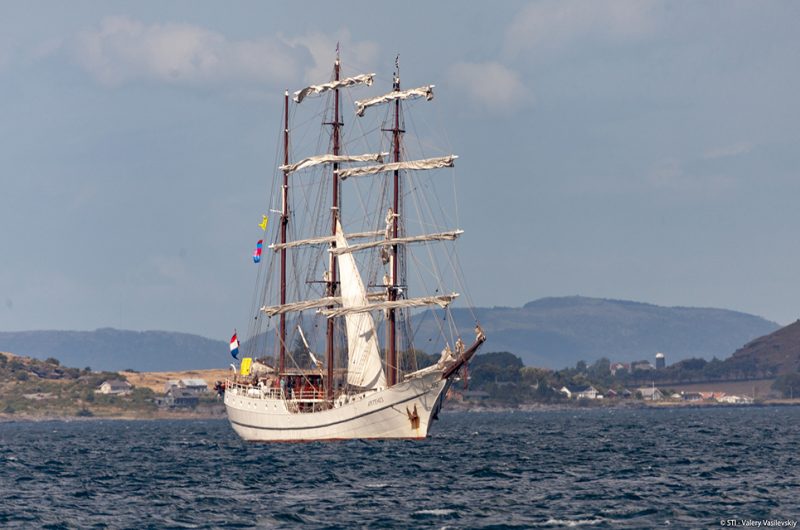 Artemis is the goddess of the hunt in Greek mythology.

The Frisian Sailing Company’s new flagship was given that name when she was launched in 1926. Equipped as a whaling vessel, she hunted whales until the end of the 1940’s. She chiefly navigated the Arctic Ocean and the Antarctic Ocean.

In the 1950’s, she was converted into a freighter and sailed mainly between Asia and South America. During these voyages, however, her home port remained Marstal, Denmark.