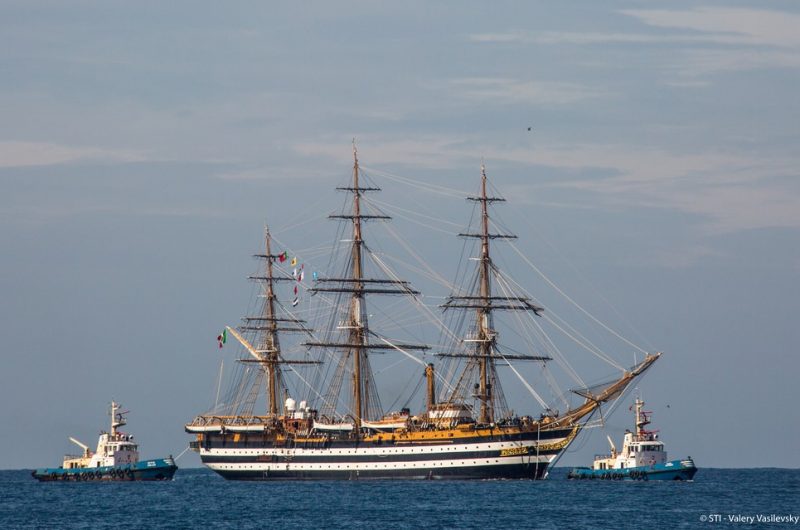 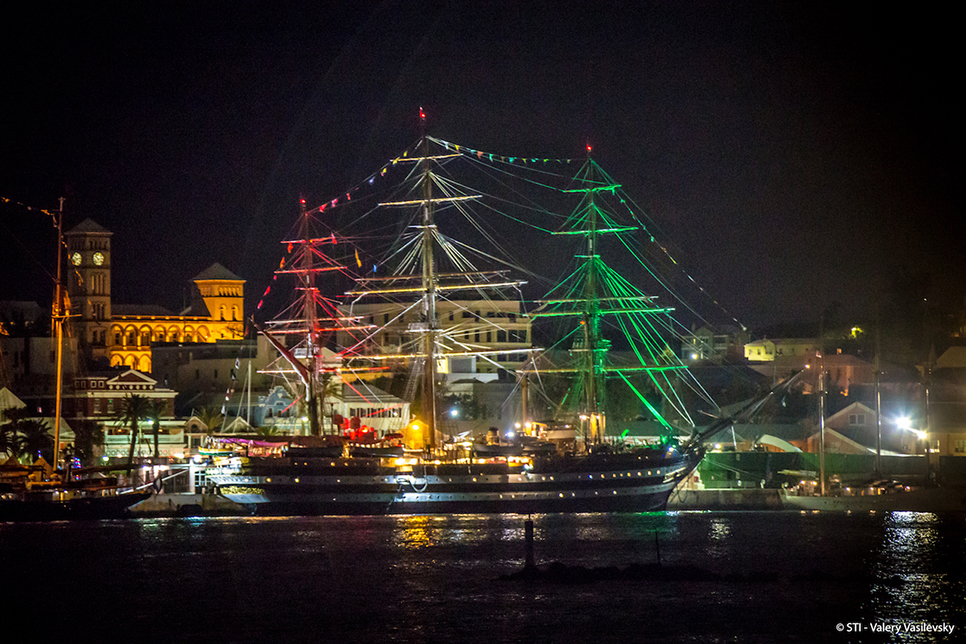 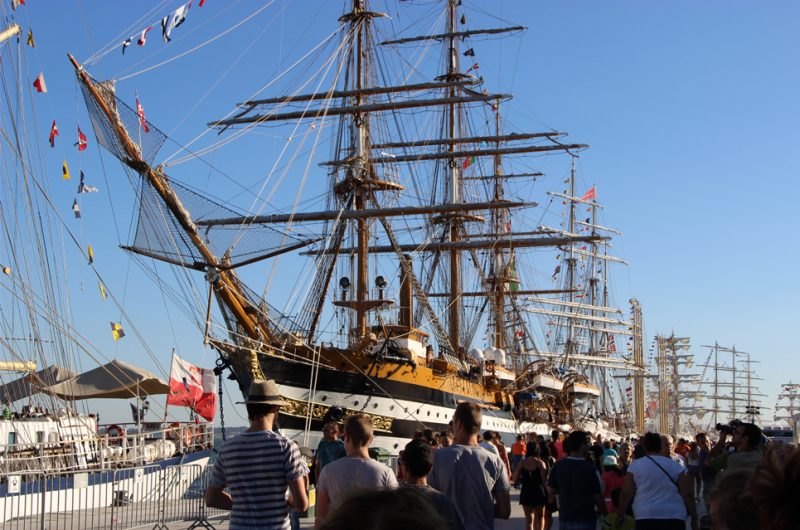 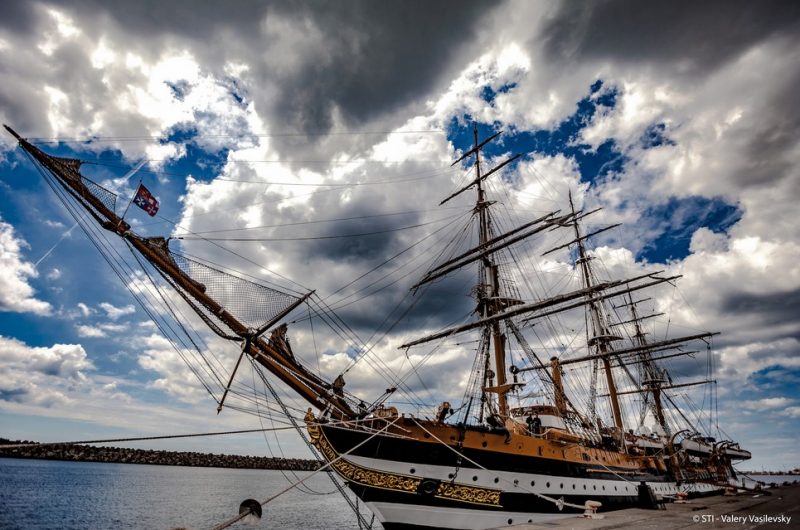 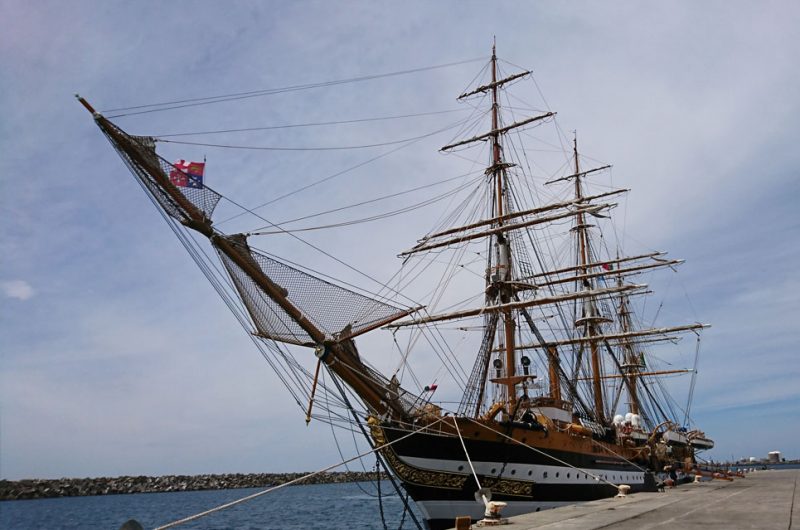 STS Amerigo Vespucci belongs to the Italian Navy. She was launched on 22nd February 1931 and commissioned in June, same year. The ship was built to resemble a wooden warship of the early nineteenth century (and, because of this, the two white stripes on black hull recall the two lines of guns): nevertheless, the hull is made of steel riveted plates, as well as the two lowest thirds and the three lowest yards of each mast. Amerigo Vespucci was the second ship of a class of two: the first one, Cristoforo Colombo, was surrendered to the Soviet Union after World War II, as war damages compensation.

Amerigo Vespucci is a full square rigged ship; she usually carries 24 sails made of canvas (2 to 4 mm.) for a total surface of 2.600 square meters. The overall length is 101 meters (70 meters on waterline), the main-mast is 54 meters tall above the sea level, the maximum draught is 7.30 meters and the displacement is 4.100 tons. She is fitted with an auxiliary engine – an electric motor driven by two diesel-generators, single propeller – which allows a maximum speed of 10 knots; she also carries 11 boats, four of which fitted with sails and oars, used by cadets as part of their seamanship training.

Amerigo Vespucci carries out mainly two kinds of activity: training campaigns for Naval Academy cadets and showing-the-flag in support of national diplomacy. She began her career as Training Ship for the Naval Academy cadets soon after the launch. From 1931 till 2005, in addition to many short cruises around Italy, she has carried out 71 training campaigns in the Mediterranean Sea, Northern Europe and Atlantic Ocean; in 2002/2003 she sailed around the world, spending several months in New Zealand on the occasion of America’s Cup. On board, the cadets learn the basic rules “to live at sea”, as well as all the specific teachings in seamanship, navigation, operation of drive systems and auxiliaries, management of logistics, administrative and medical issues.