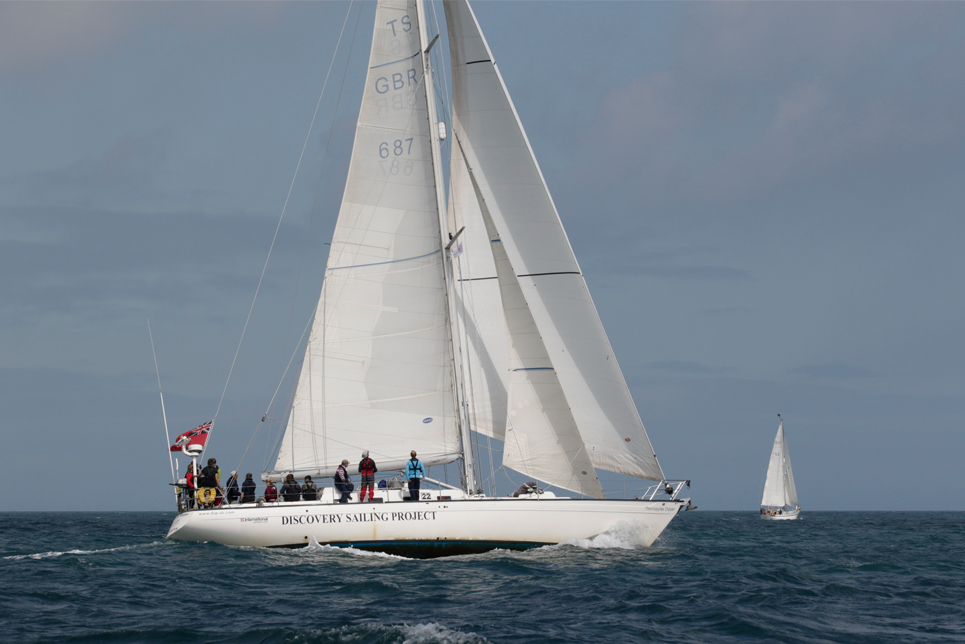 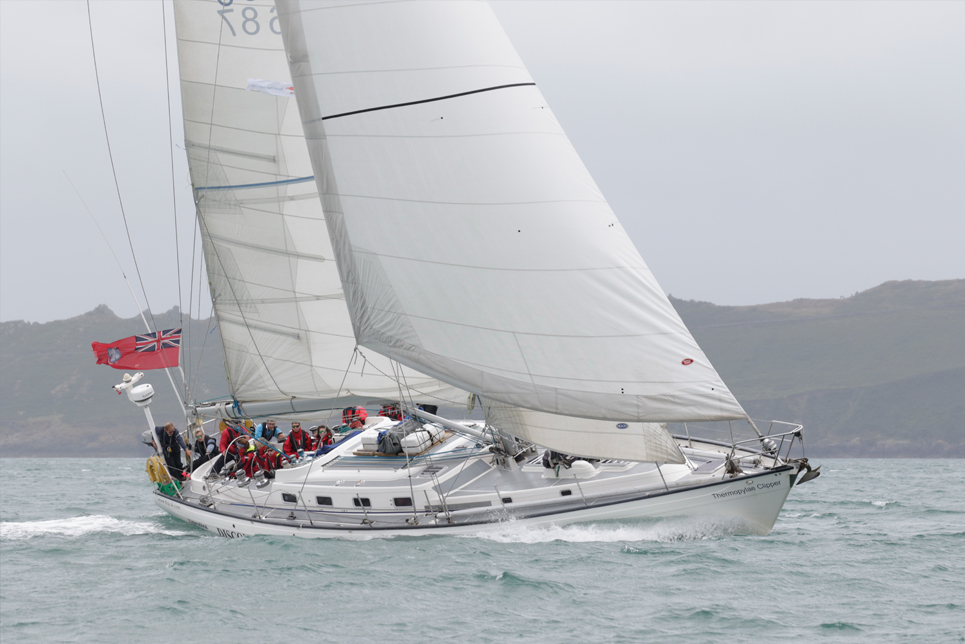 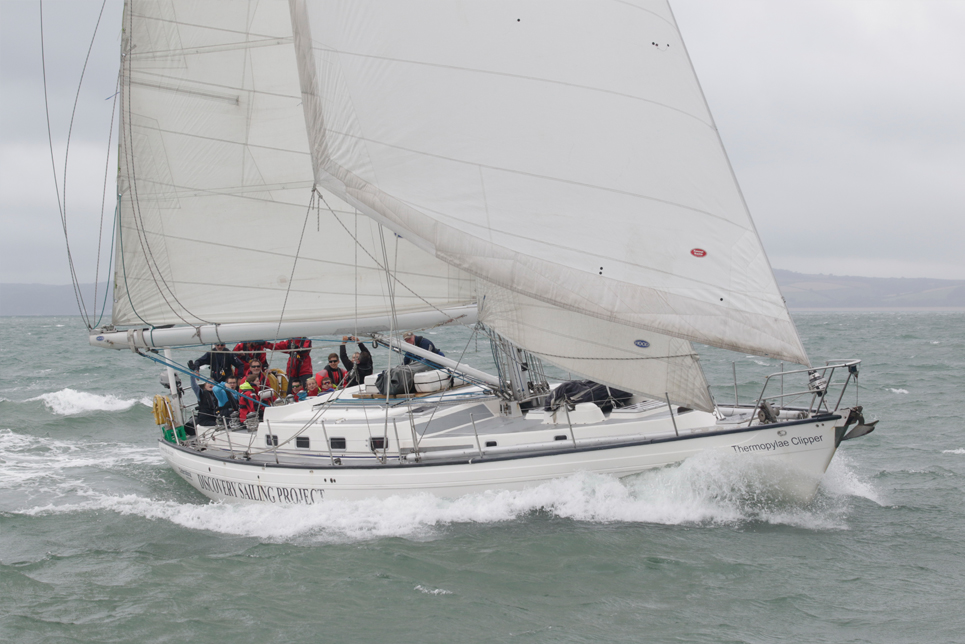 Thermopylae Clipper is the latest addition to the Discovery Sailing Project fleet and is based on the River Hamble near Southampton.

This legendary yacht is a 60 foot cutter built by Colvic Craft in the UK in 1996 and has a great history. She was designed for the Clipper Round the World race and has been raced around the world four times previously, being renamed ‘Leeds’ and later ‘Hong Kong’ for those voyages. Now, she retains her original name ‘Thermopylae Clipper’.

The vessel is very sturdy and spacious. Accommodation is simple and utilitarian, but seamanlike. There are individual bunks with good storage for kit, large galley and spacious communal spaces, two heads (toilets) and one shower. The vessel is fitted out to accommodate 15 people.

The Discovery Sailing Project operates three yachts from its headquarters base at Universal Marina on the Hamble. They are an 8 metre Westerly Centaur named Bambi, a 13.5 metre cutter rigged yacht Discovery that has participated in each Tall Ships’ Race since she was built in 2000 and the 18 metre cutter, Thermopylae Clipper.

The Project runs voyages for individuals and groups from April to November. It additionally runs RYA courses and is a Duke of Edinburgh’s Award Scheme Access Organisation.