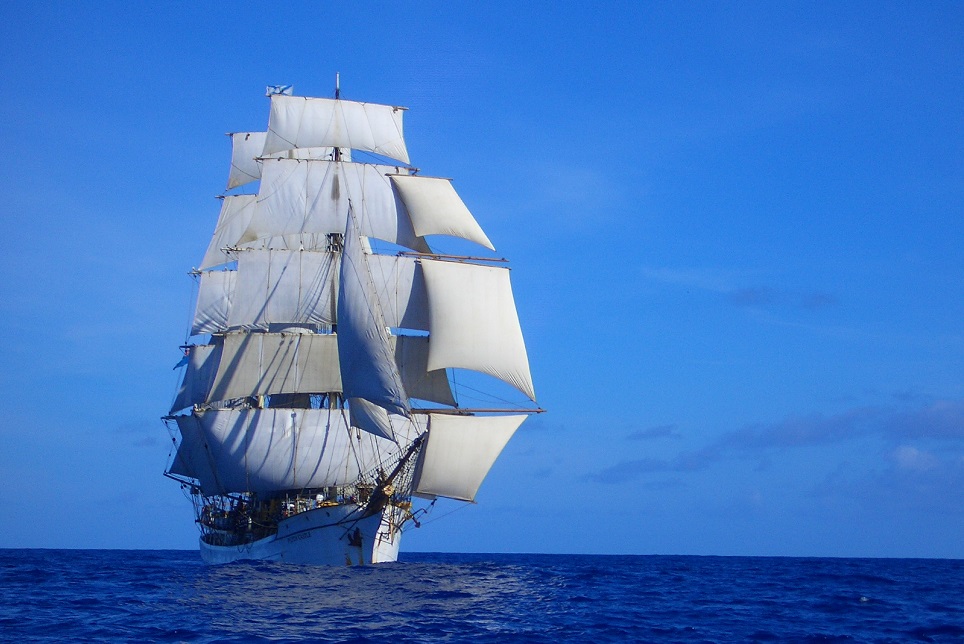 It was recently announced that the Class A Tall Ship Picton Castle will embark on a voyage around the world, beginning in April 2021. The passage will see the Canadian three masted barque visit more than 20 ports before returning to Lunenburg, Nova Scotia, in 2022.

Like so many others, the Training Ship Picton Castle’s plans were changed by the COVID-19 pandemic. Had they proceeded, the ship would be in the Galapagos Islands right now, one stop on a year-long voyage to the South Pacific.

In April this year, it became clear that Picton Castle would not be able to set sail from Lunenburg, Nova Scotia to start the trip. The voyage was first delayed until July, then October, and just recently until the spring of 2021.

That much of a delay gave key personnel, including the ship’s master, Captain Daniel Moreland, a chance to reconsider the route.

“While a South Pacific voyage would have been charming, a world circumnavigation voyage gives us more operational flexibility. Besides, who doesn’t want to sail around the world?”

The global circumnavigation route will cover 30,000 nautical miles in just over a year, visiting more than 20 ports, including Panama, the Galapagos Islands, Pitcairn Island, French Polynesia, the Cook Islands, Niue, Fiji, Vanuatu, Bali, Rodrigues, Reunion, Cape Town, St. Helena, the Eastern Caribbean and Bermuda. The voyage will start and end in Lunenburg, Nova Scotia, beginning in May 2021 and wrapping up in June 2022.

Picton Castle is no stranger to these international waters and ports, having completed her seventh world circumnavigation voyage in June of 2019. While the ship would have continued sailing on other routes, the most recent world voyage was scheduled to have been her last.

“We had thought that this past circumnavigation would be the last for a number of reasons, but like in so many other areas of our lives these days, the times have caused that thinking to evolve.”

Picton Castle is an award-winning tall ship best known for her adventurous international voyages to exotic ports and islands around the world. Ordinary (but adventurous) people sign up as trainee crew members, with no previous sailing experience required.

Trainees learn seamanship skills through both hands-on practice and formal workshops, with the guidance of the ship’s Captain and professional mariners. Picton Castle’s trainees are adults (ages 18 and up) and come from many different countries and backgrounds. Trainee applications for the World Voyage are open now.