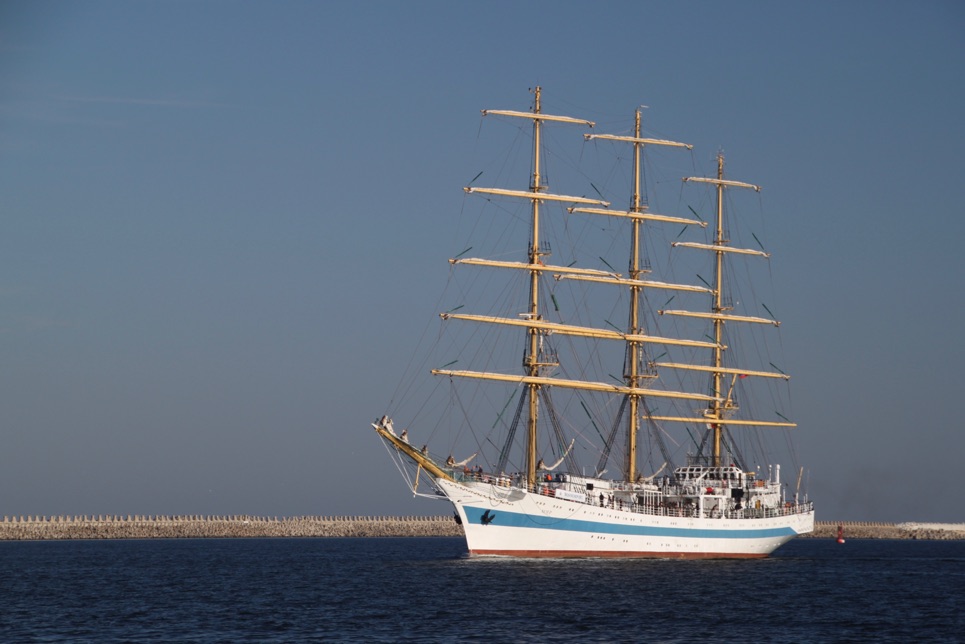 As Constanta prepares to for the arrival of the SCF Black Sea Tall Ship Regatta fleet, two local ships have already tied up alongside. Mircea, the magnificent Romanian Navy training ship, and the two-masted schooner Adornate, have taken their places in the festival area. The first of the visiting ships, Class A vessels, Mir (Russia) and Royal Helena (Bulgaria) have just arrived in port and are tying up alongside, as well as Akela (Russia) who arrived a little earlier. The remaining fleet are expected to arrive tomorrow (Thursday) ahead of the official opening ceremony at 13.00 hrs (local).

Shore-side preparations are in full swing, with marquees, stages and stands being erected under a beautiful blue sky. Great weather is forecast throughout the festival weekend.

äóìWe are delighted to be back in Constanta.äó said Robin Snouck Hurgronje, Race Chairman at Sail Training International. äóìTwo years ago the ships arrived here at the end of their race. This time they arrive ready for the start. Trainees will be looking forward to the adventure ahead, and we really hope we can achieve our mission here in the Black Sea, of changing lives in a positive way through sail trainingäó.

Pictured is the much-loved Russian ship Mir, arriving into port. A frequent and successful competitor in The Tall Ships Races and Regattas, she arrives after taking part in The Tall Ships Races 2016 earlier this summer. Her crew of 55 professional crew and 144 trainees will be spending their port time resting, socialising with other trainees, competing in the sports competitions and preparing for the race to Novorossiysk.

The Port of Constanta will be open to visitors from 10.00hrs daily, with ships open to the public until 20.00hrs and live musical entertainment until 22.00hrs.

PAO Sovcomflot (SCF Group) is one of the world’s leading shipping companies, specialising in the transportation of crude oil, petroleum products, and liquefied gas, as well as servicing offshore upstream oil and gas installations and equipment. The Group’s fleet comprises 148 vessels with a total deadweight of over 12.8 million tonnes. The company is registered in St. Petersburg with offices in Moscow, Novorossiysk, Murmansk, Vladivostok, Yuzhno-Sakhalinsk, London, Limassol, and Dubai.

The Group offers a wide range of vessels in the market segments most demanded by major Russian oil and gas companies. With its own technical development and unique approach to advanced technologies, Sovcomflot has the ability to meet the most demanding customer requirements, providing effective transportation for oil & gas companies.