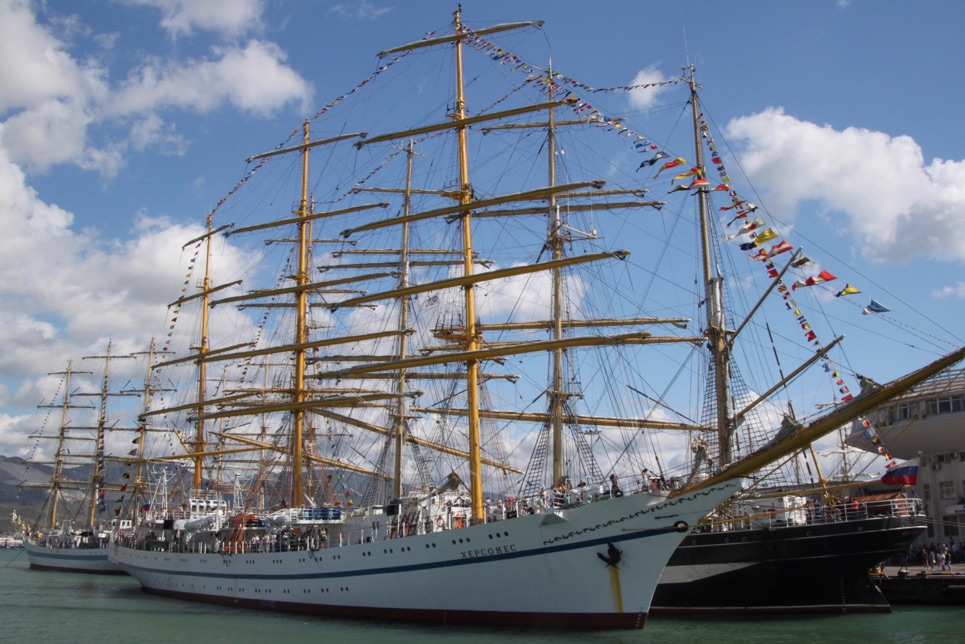 After another day which saw the quaysides and ships packed with visitors, the crews have been rewarded for their efforts in the first race.

After torrential rain and flash flooding overnight and during the afternoon, the traditional crew parade was abandoned but the prize giving took place, in front of a soggy but happy crowd.

Special awards from the Host Port and City of Novorossiysk

Special Individual Award: This special award recognizes a very special individual who is very well known and admired amongst the international family of the Tall Ships Races and Regattas. She is an Olympian, having participated in the 1996 Games in Atlanta and now works as a senior lecturer at the Admiral Makarov State Academy. The award goes to: Anastasia Padabed (Akela, Russia)

Special Ship Award: To the vessel that has been a regular participant of Tall Ships Races and Regattas since she first entered in 1986 and has made an outstanding contribution to developing international relationships throughout the numerous host ports that she has visited during these three decades. The award goes to: Kaliakra (Bulgaria) presented by Vladamir Yugin, Head of Administration of the Black Sea Ports.

Earlier in the day the captains had attending their pre-race briefing in readiness for Race Two – Novorossiysk to Sochi. This short race of approximately 100 nm should take around 38 hours.

The fleet will depart Novorossiysk tomorrow (Monday), with undocking starting at 12.00 noon and the final ship, Kruzenshtern, departing around 13.30hrs. The ships will parade along the Novorossiysk channel and continue to the race start area.

Behind the Sails: We asked visitors what they thought of the event in Novorossiysk.

This is what they told us:

Lysinko, from Novorossiysk,”The organisation and the crews from the tall ships are so perfect. Though the weather was so bad everyone was very happy.”

Evgeniyir Kolshakova, “All is so beautiful, it is super! We can’t wait for the next regatta.”

Maslow Family from Krasnodar, “We are very happy to see the tall ships. We love everyt