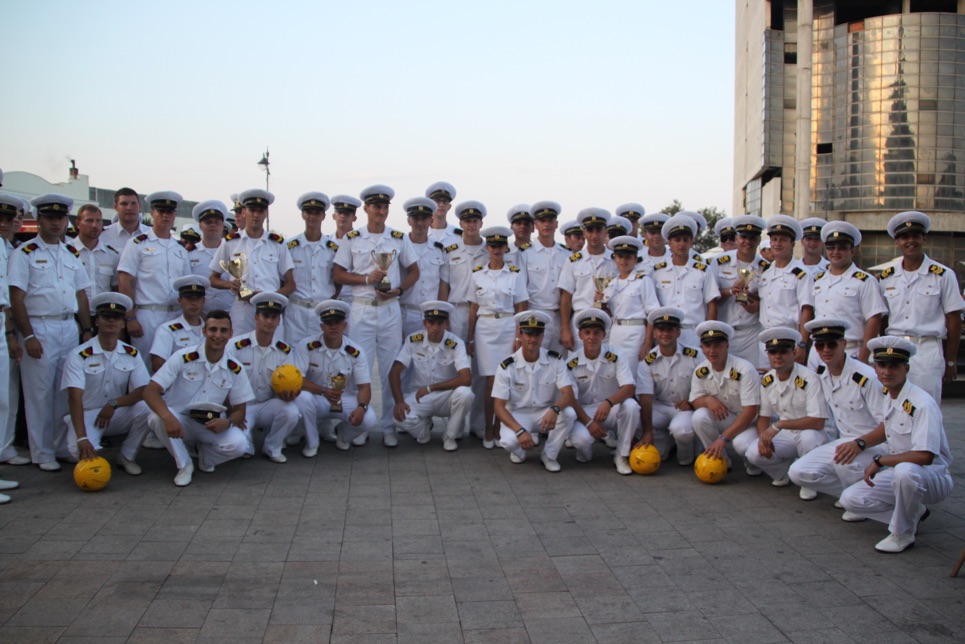 Today (Friday) has been a very busy day for the crews, with crew sports competitions, crew parade, prize giving and the crew party.

Later in the afternoon, under beautiful blue skies, the crews mustered in the centre of the festival area before starting the Crew Parade through the port, along the promenade to the beautiful and ancient Ovid Square.

Best described as musical, smart, exuberant, and ‘a little bit crazy at the back’, the procession was led by the marching band of the Romanian Naval Academy, who continued to entertain the crowds along the route to Ovid Square where the Prize Giving then took place.

Guest of honour, Mr Andrei Rosu, has an impressive record. An ultra marathon runner, he is also: the first Romanian to swim across the English Channel; the man who has just completed ten Ironman events in as many days, and who is now preparing to row across the Atlantic with three friends. He gave a wonderful speech, encouraging people to get out of their comfort zone. “Everyone knows the tall ships are safe in port, but that’s not what they were built for. They need to go to sea, a challenging place. I was 35 years old before I took up sports. Everyone said I was too old, but I challenged myself.”

Sports awards were presented as follows:

The prizes were awarded to äó_

Smartest Crew in Parade (Class A):

Best Dressed Crew in Parade (Class B, C and D)

After making their way back to their ships to deposit their prizes and costumes, everyone has made their way to the crew party, where lots more friendships will be formed, on and off the dance floor!

Pic: The crew of Mircea with their trophies.

Behind the Sails: We asked trainees for three words that come to mind when they THINK of sailing on their ship

Here’s what they said: