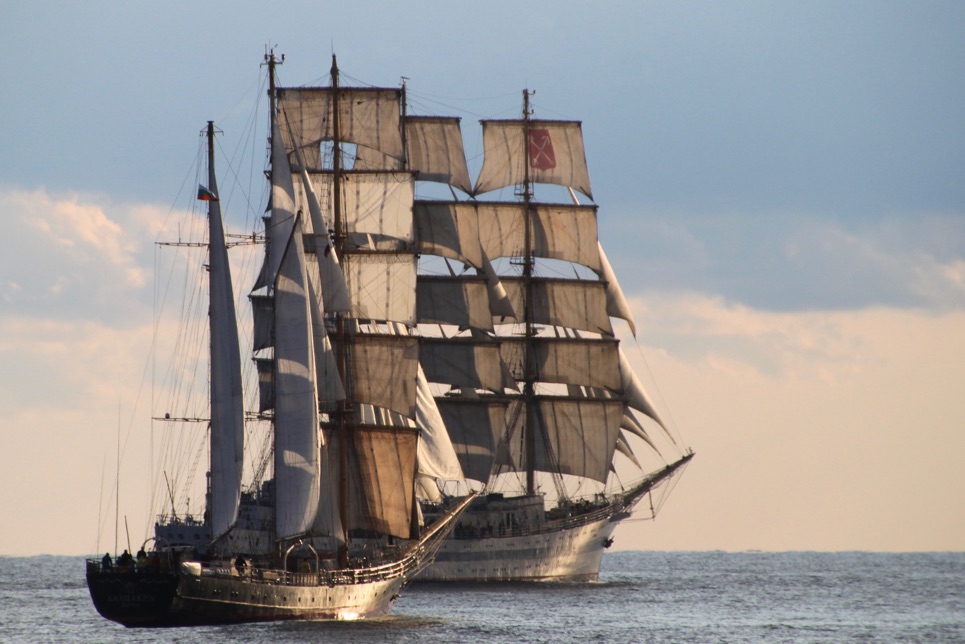 The Port of Varna, the final port in the SCF Black Sea Tall Ships Regatta 2016, awaits the fleet, who are expected to start arriving in the early hours of tomorrow morning (Friday 30 September).

Since the SCF Black Sea Regatta was last here in 2014, huge improvements have been made to the port area, with new bars and restaurants overlooking the water and plant lined walkways guiding visitors to the many attractions beside the water’s edge.

A fascinating city, the third largest in Bulgaria, Varna offers visitors both ancient sights and modern amenities. Roman artifacts can be spotted along pavements close to the port and the city prides itself on the beautiful gardens which run along behind the beach area for several miles. You can read more about Varna on our port page.

A sight to behold

On Saturday morning five Class A ships are expected to arrive, making spectacular viewing for visitors. Mir’s sister ship, Nadezhda (Russia) should arrive first at around 08.00hrs, followed by local Bulgarian ships Royal Helena and Kaliakra, who are both bound to receive hero’s welcomes. Popular Polish barquentine Pogoria should arrive next around noon, and the iconic Kruzenshtern (Russia) will also make her entrance, at a time currently not known.

It is thirty years since the sail training ship Kaliakra (pictured, coming alongside Mir at the start of Race 3) began taking part in the Tall Ships Races and Regattas. Both she and Royal Helena have made a huge impact on this year’s event, welcoming visitors aboard in each of the Regatta ports. Sail Training International Race Chairman Robin Snouck Hurgronje said of them: “We have enjoyed their impressive contribution to this Regatta and we hope they will join future races outside of the Black Sea, where their enthusiasm and friendly spirit will be very much appreciated”.

The Organising Committee and their team of volunteers have been hard at work bringing everything together for this event. Chairman of the Committee, Captain Toma Tomov, himself a veteran of many Tall Ships Races and Regattas, told us of the progress they are making:

“Today the offices have been completed, computers and communications are in place and the event site is now ‘live’. Tomorrow we expect the first ships to arrive and we are almost ready for them. The port is well prepared, including tents and attractions with a lot of fantastic entertainments for crews and visitors across two stages. The focus of the event entertainments are on Saturday and Sunday when we expect more than 300,000 people to visit what is expected to be an amazing family friendly show, focused on children and young people.”

To catch up on what’s been happening during the SCF Black Sea Tall Ships Regatta 2016 visit our event page. Don’t forget to check out