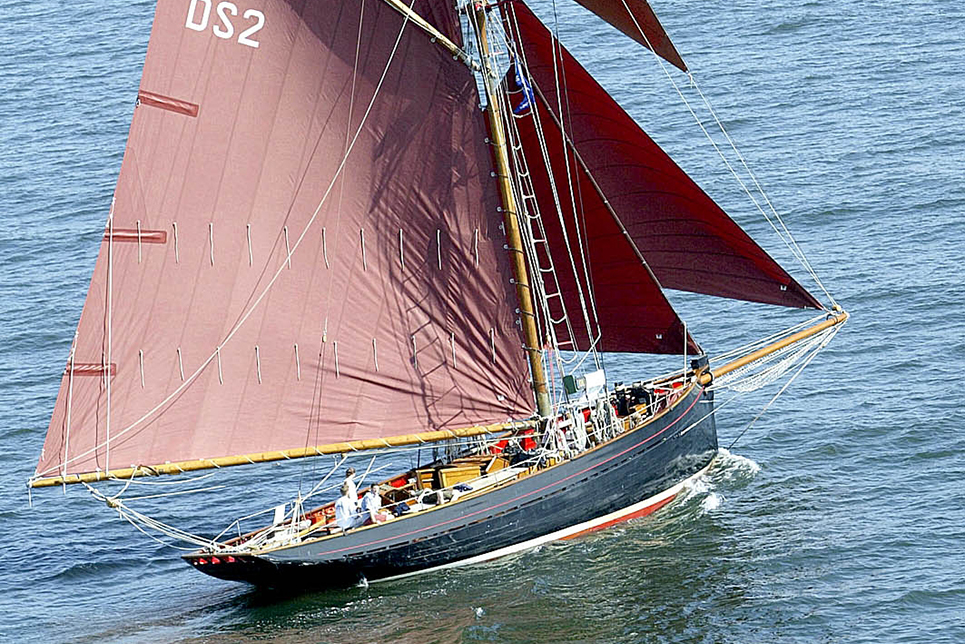 The UK’s Association of Sail Training Organisations’ (ASTO) annual Cowes Small Ships Race, which has run for almost 20 years, is set to go ahead this Saturday in a new format due to Covid-19 restrictions…

Instead of the normal weekend-long affair, this year will see a different kind of Small Ships Race as competing crews will be required to maintain a strict ‘bubble’ to ensure that social distancing guidelines are being followed.

Only the offshore portion of the event will be able to go ahead, which means that this year there will be no pre-race water fight, which has become a staple feature of the get-together in recent years. ASTO will also be holding a virtual prize-giving ceremony after the race this year via Facebook Live, as the onshore awards ceremony cannot go ahead as usual. As well as this, all race briefings will be held via a Skipper’s group chat on WhatsApp to ensure that boat ‘bubbles’ are not being broken.

The Small Ships Race runs every year and sees young people aged between 12-25 competing against fellow Sail Training vessels. Many of these Trainees have never sailed before. Fewer vessels are expected to take part in this year’s race from previous years due to the current government COVID-19 restrictions.

In addition to the Small Ships Race, this year ASTO are excited to launch their first Virtual Small Ships Race in partnership with Sailonline. This allows more people to take part in the event from the comfort of their own homes. The VirtualSmall Ships Race is free to enter and uses the same course as the real Small Ships Race. Special technology is used to accurately map the weather forecast in real-time, which means competitors can use real conditions to navigate through the course.

This year’s competitors for ASTO’s on-the-water race include Greig City Academy’s Scaramouche who, for the first time, will be entering an all-girls crew (including Skipper) in a bid to promote women in sailing. Greig City Academy is a state-school in North London and has had previous successes at Small Ships Races. Competing against Scaramouche will be the likes of Jolie Brise, from Dauntsey’s School; High Spirit from Ballard School; and Tenacity of Bolton from Tall Ships Youth Trust, who will be crewed by pupils from HTP College on the Isle of Wight.

“I am delighted that despite the current restrictions we are able to run a Small Ships Race this year. It’s been a really tough year for UK Sail Training, with most organisations unable to sail due to social distancing guidelines. The Small Ships Race both on and off the water will be a fun reminder that Sail Training is a brilliant way for young people to gain confidence.

“Look out for the friendly rivalry between Scaramouche, crewed by pupils from an inner-city comprehensive, racing against Jolie Brise from the public boarding school Dauntsey’s. Both vessels have won several times in the past, so this is the match to watch!”

The race is hosted by ASTO, the Association of Sail Training Organisations, which is a registered charity, and the umbrella body for Sail Training in the UK. Sail Training provides life changing adventures for disabled youth and young people from disadvantaged backgrounds.

For more information about ASTO, and the Small Ships Race, visit www.uksailtraining.org.