Rendez-Vous 2017 Tall Ships Regatta: What The Trainees Told Us

The Rendez-Vous 2017 Tall Ships Regatta has always been an epic adventure available to anyone young, or young at heart. As we near the end of the Regatta’s time in Halifax, Nova Scotia, we spoke to some of the trainees about their voyages from Quebec to Halifax to find out what they REALLY thought of the experience.

This is what they told us … 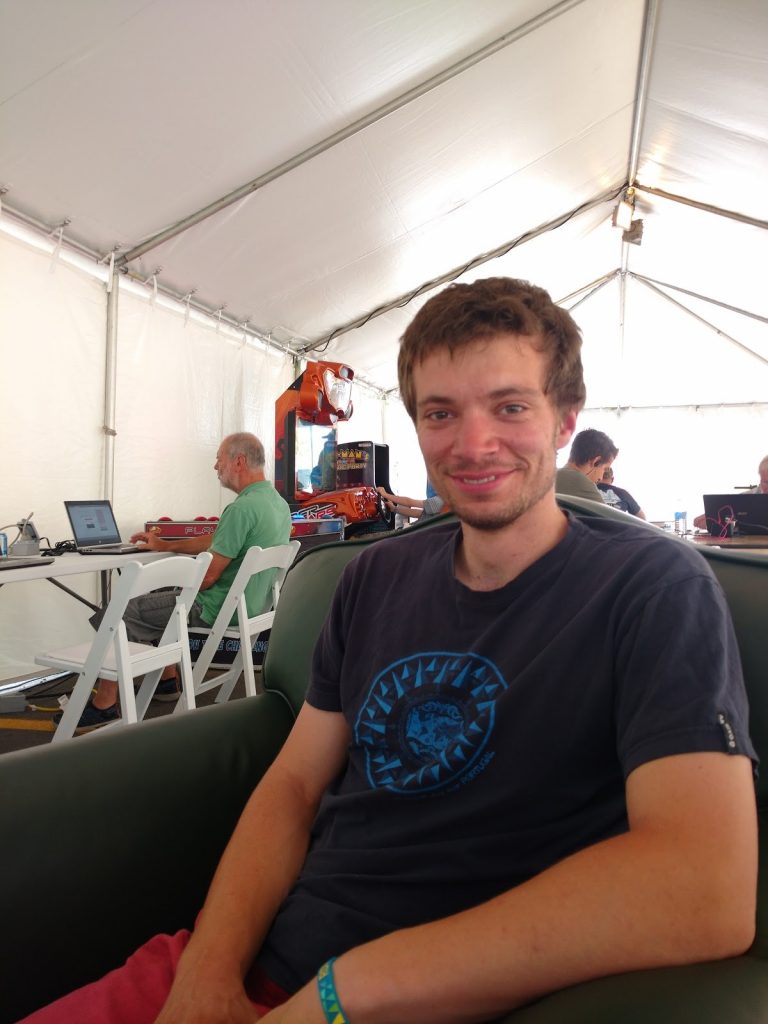 “I found out about the Rendez-Vous 2017 Tall Ship Regatta from a sailing club back home in Germany. I joined the boat in Quebec and will continue on to the final port – Le Havre, France.

“On the passage from Quebec we had some really good sailing just south of Canso, Nova Scotia. This final race leg will be my first Atlantic crossing. I’m looking forward to it, but it will be the longest passage I’ve taken part in and I am a little worried about getting sea sick. I’ve never been sick on board but it’s bound to happen at some point.” 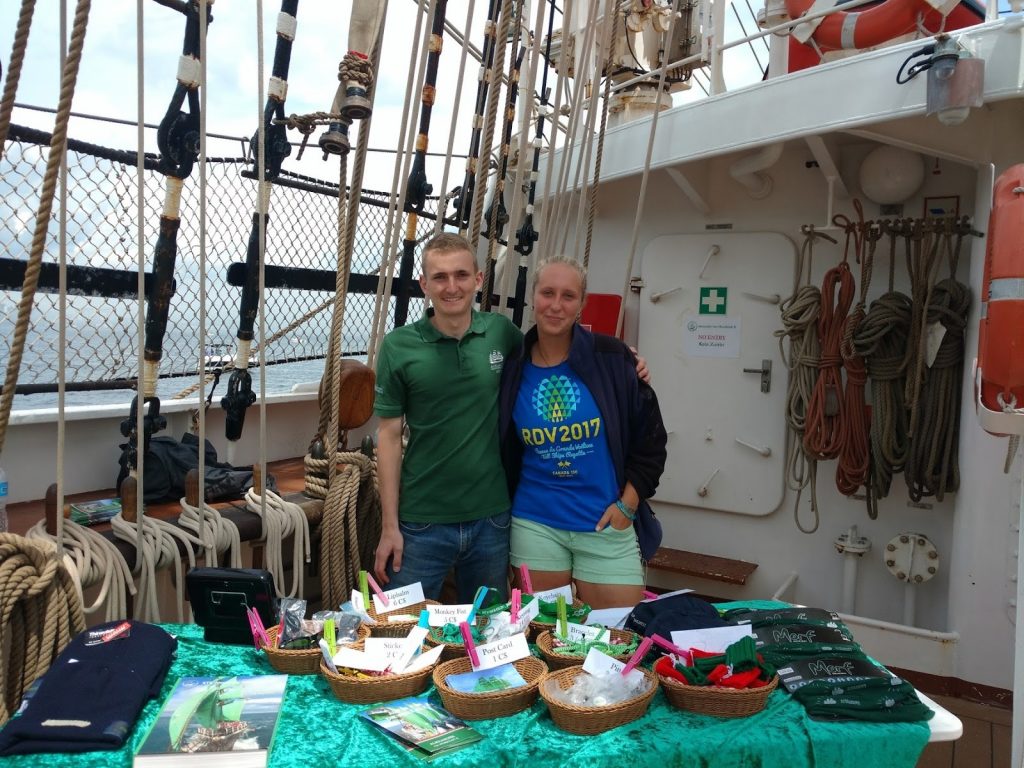 “I got into sail training back home in Sweden. After sailing on Atyla I just wanted to keep sailing and that’s when I joined Alexander von Humboldt II as guest crew. I’m now sailing across the Atlantic to Le Havre.” 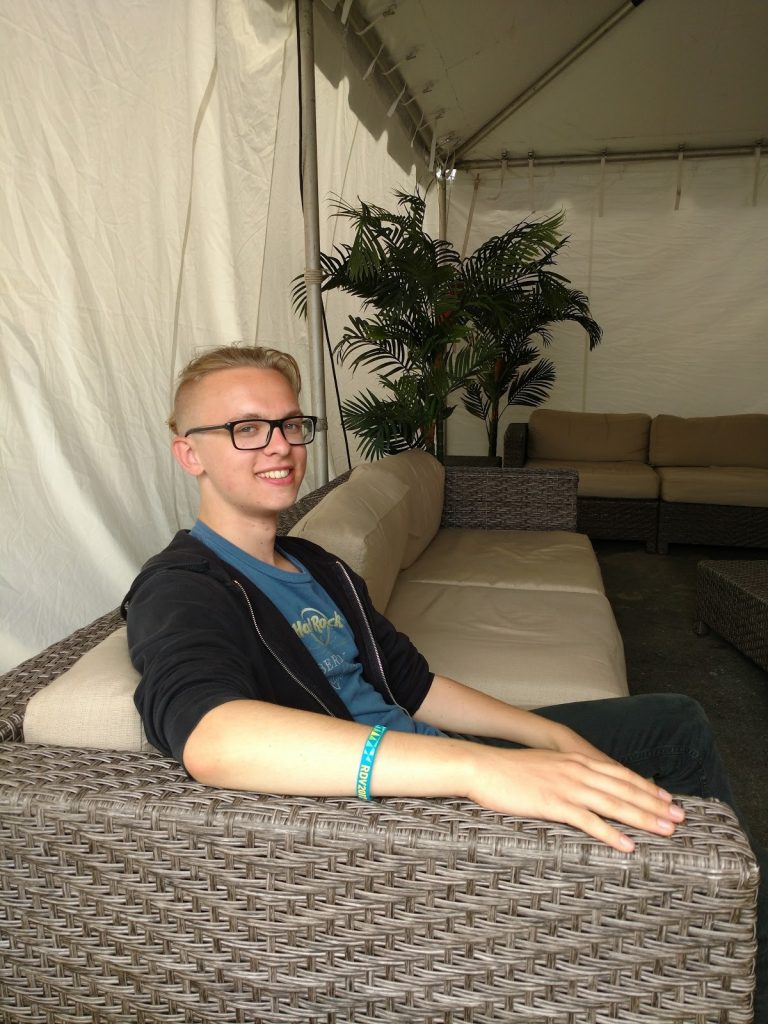 “This was my first time sailing on a Tall Ship. My step-father has been a member of the crew for about 15 years and suggested I join the boat for Rendez-Vous 2017 Tall Ships Regatta.

“I joined the boat for the trip from Quebec to Halifax and I really enjoyed it, just a shame it was so short. The most valuable lesson I learnt while on board was the importance of teamwork because there were lots of tasks that nobody could have handled alone.

“There are over 75 people on board so it’s a fairly large floating community. I’d love to go sailing again but for now I have to go back home to Germany to study sound engineering.

“I highly recommend sail training because you can learn lots of new things in a short period of time.” 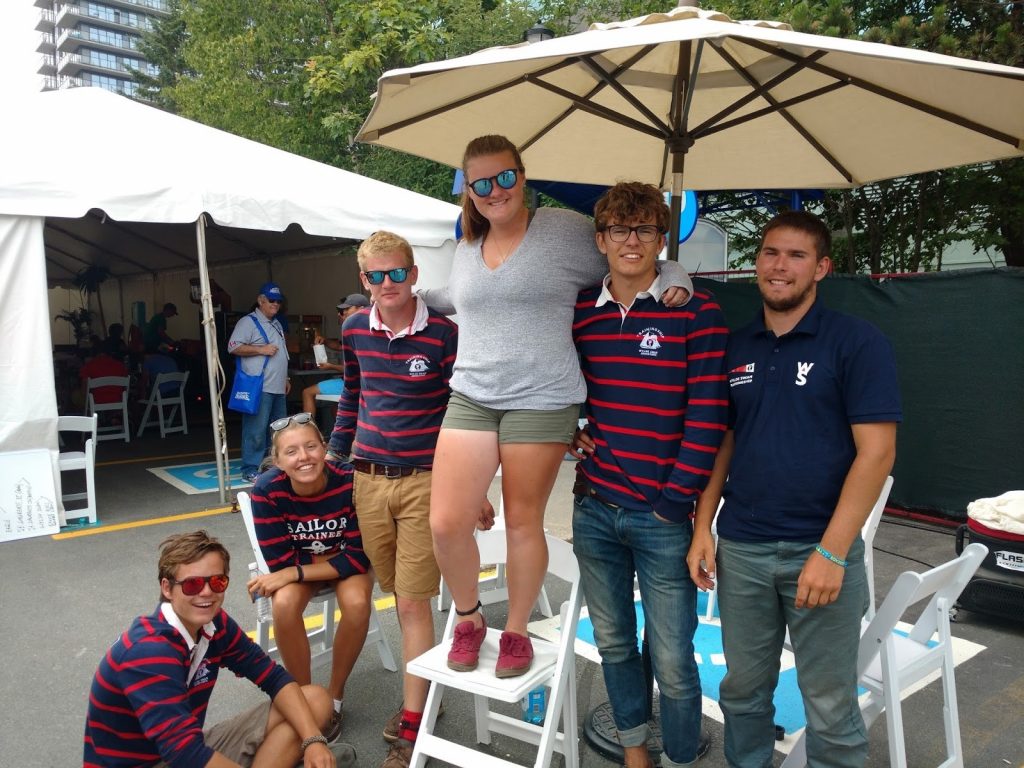 “There was a tall ship festival in Bath, Ontario. I was sailing with the TS Playfair but wanted to continue on and sail with the other tall ships farther east to Halifax.

“Our sail in from Quebec was great! On the last day of the passage we had everything set. I really enjoyed my time on board Wylde Swan. Very calm compared to other boats that I’ve sailed on. And the people are great, it’s a nice little family.” 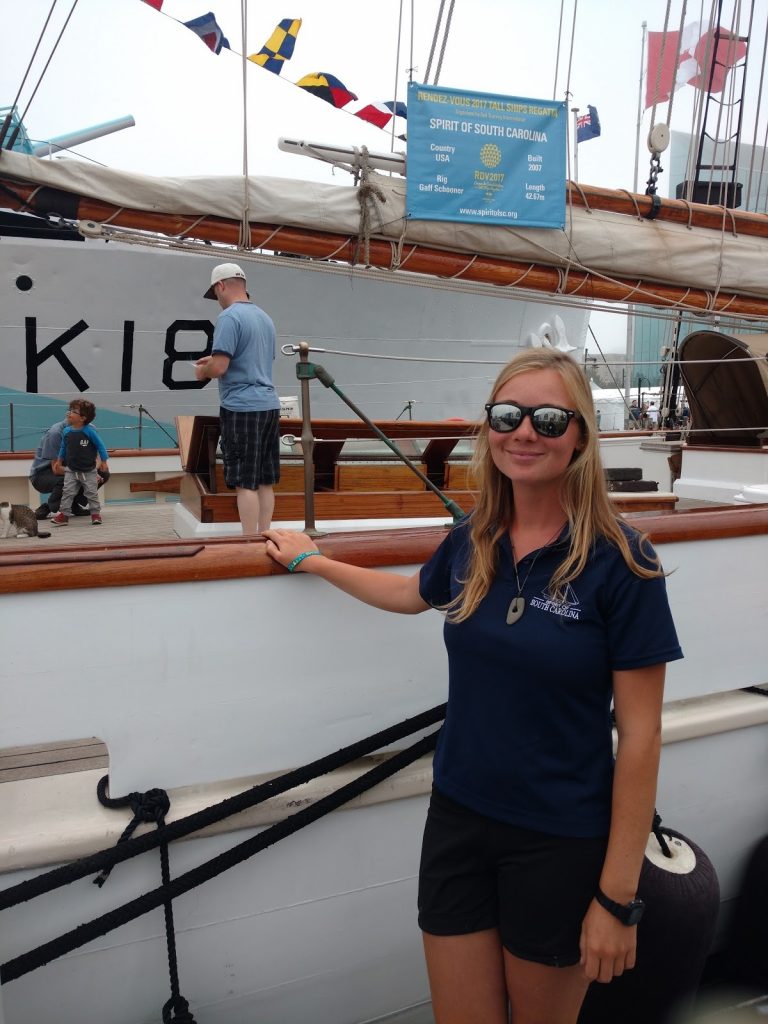 “I’m a deckhand and the medical officer on board Spirit of South Carolina. I got interested in sail training when I was travelling around Europe.

“I’m from Minnesota and have worked on few boats in the states. Before joining the crew here I was working on board Lamy in California.

“My favourite or most memorable moment of the Rendez-Vous 2017 Tall Ships Regatta was when we were sailing in Bermuda, it was intense but really exciting.“

“I got involved with sail training when my mum signed me up to join Draken in 2015, the largest viking ship built in modern times. We had sort of forgotten about it when I got an email saying I had been invited to join the ship and sail from Norway to America. I sailed her last year to Mystic Seaport, Connecticut and that’s when El Galeon adopted me. One of the biggest challenges of being on board has been learning Spanish. All the commands that are made on board are in Spanish. I really love Tall Ship events like the Rendez-Vous 2017 Tall Ships Regatta because I get to see all my friends. A lot of the people I met while on Draken are on other boats also taking part in the Regatta, it’s a great little community.”

“The journey was absolutely amazing! We had a variety of sailing and motoring along the St Lawrence. My favourite part was sailing once we got out on the open sea and the camaraderie between the trainees and the crew. One of the most valuable lessons that I learned is that instant friendship can be long lasting.

“For anyone who’s interested in sail training I would tell them that they are about to embark on an amazing journey, savour every moment.”

“I have sailed before, but this trip sounded like an interesting combination of river and ocean sailing.

“My time on board was incredible! I really enjoyed raising and lowering the sails. I would have enjoyed having more fresh fruit on board. The necessity to work together was the most valuable thing that I learned during the journey. If someone were to ask me about sail training I would say: go!”

“I applied because I thought that the ship was incredibly beautiful and it was exactly what I wanted. It’s always a pleasure to be at sea and I wanted to go again on the
Gulf of St Lawrence.

“The passage was FANTASTIC. This is my second voyage on board Oosterschelde. I loved everything – the officers, the crew, the trainees and the nice weather. The most valuable thing on board was how to get along so well with a bunch of people coming from different countries and cultures. For anyone considering sail training I would tell them to DO IT! It’s so great.”

“The journey was amazing, beautiful and unbelievable. The crew is patient they explain well, they include everyone, they’re enthusiastic, energetic and always in a good mood. The crew was incredible I love the mixture of all the cultures and languages. The least favourite part of the trip was that I did get sea sick for a day. The most valuable lesson on board was to always have a positive attitude and with teamwork you develop confidence. If you’re interested in sail training, go for it. It will be your best life experience.”

“The journey was excellent. My favourite part was leaving Quebec City. The most valuable thing that I learned while on board was that sea sickness pills work really well for me.”

“The voyage was great. No wind, but our captain made us sail and taught many navigation techniques. My favourite part of the trip was meeting new people, raising the sails and learning about the ship. And going aloft, everything. I would say my least favourite part was waiting for the pilot to arrive for the lock in Nova Scotia. Teamwork was the most valuable lesson I learned while on board. For those interested in sail training: go ahead, you’ll enjoy it!”

“It was fantastic, a trip of a lifetime. I learned so much, each day was something new – from learning how the sails work and going up the mast to the platform

“The most valuable thing I learned while on board is teamwork and how important it is to work well together to get everything in the right place, even the smaller things took lots of teamwork.

“To someone who was thinking of taking part in sail training I would say they should definitely do it. It’s like nothing else I have ever experienced. You learn a lot, but you also learn about yourself more.”