The sun shone brightly on the Tall Ship crews in Le Havre today as they joined together for the last time this year to enjoy a crew parade and take part in the final prize giving ceremony of the Rendez-Vous 2017 Tall Ships Regatta.

“The final race in the RDV series from Halifax to Le Havre has been closely fought during the entire 2,000 plus nautical miles of ocean racing and the crews are elated to be in Le Havre to celebrate their achievements.

“Peter von Danzig led the fleet for most of the way across the North Atlantic but Rona II took a more northerly race strategy which paid off and managed to take “line honours” from her in the closing stages with an elapsed (actual) time of just 12 days three hours 55 minutes and 29 seconds.

“Gulden Leeuw was the third vessel to cross the finish line having made tremendous gains in the final days but her Class A rival Oosterschelde held her off to keep first place and to win Race 5 overall on corrected time.

“Blue Clipper also made good gains in the final stages and took first place on corrected time in Class B from Jolie Brise after 13 days of neck and neck racing.

“The captains and crews have clearly had an exciting race and are enjoying mixing together and discussing their race strategies in the wonderful festival atmosphere here in Le Havre. The Race Committee would like to congratulate all vessels on their achievements and the excellent seamanship they displayed throughout.”

Full race results for the Rendez-Vous 2017 Tall Ships Regatta can be seen here.

3rd in Class B on corrected time – Atyla (Vanuatu)

2nd in Class B on corrected time – Jolie Brise (UK)

2nd in Class A on corrected time – Gulden Leeuw (Netherlands)

1st in Class B on corrected time – Blue Clipper (UK)

1st in Class A on corrected time – Oosterschelde (Netherlands)

1st in Class A – Oosterschelde (Netherlands) 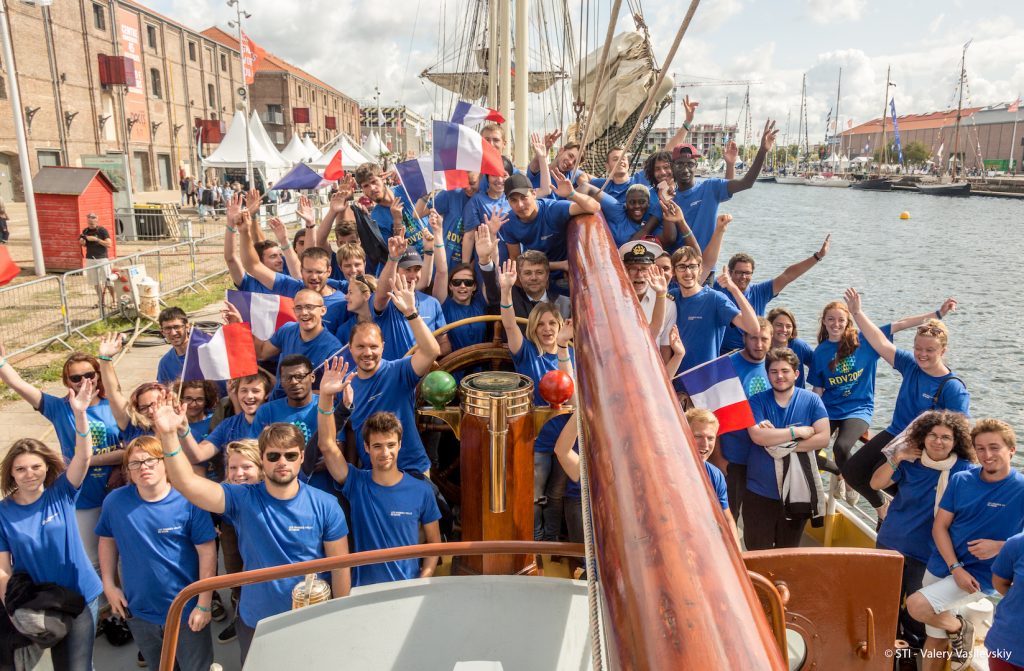 Some of the French trainees on Morgenster

Young trainees from each town in the Le Havre area had the unique opportunity to take part in a six day sail from Den Helder, Pays-Bas (leaving 24 August) to Le Havre (arriving 30 August). They sailed on Class A Tall Ships Morgenster (Netherlands) and Royal Helena (Bulgaria). The adventure involved an overnight stop in Calais.

Photos from the event can be seen on the Sail Training International Facebook page.