The second day of the Rendez-Vous 2017 Tall Ships Regatta in Boston has been a huge success, with thousands of visitors heading to the harbour to see the majestic Tall Ships…

With the Tall Ships fleet finally settled into their berthing areas, the Boston sun shone favourably today, and the crews were able to take in all that this beautiful city has to offer. There’s also plenty of hard work to be done, though, as the fleet begins to repair any damage sustained during Race 3, from Bermuda to Boston.

Having been on board since the start of the Regatta in Royal Greenwich, UK, we caught up with the First Mate of Peter von Danzig (Germany), Michael Take, to see how he’s been progressing through this epic regatta series. 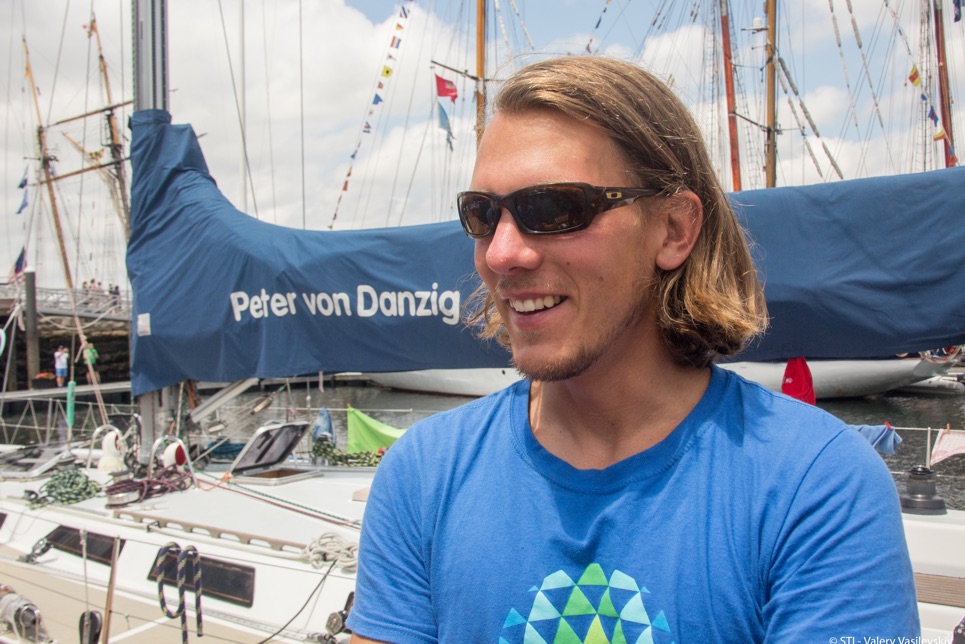 How have you found your experience in the regatta from Royal Greenwich to Boston?

“I would say… different. There has been some great sailing, of course, fantastic weather and amazing countries to visit. But there are also challenges at sea with the weather conditions and being in such a close environment for so long.”

During the 48-hour stop over in Las Palmas, you had some work done to the ship’s engine. How are the repairs holding up so far?

“It has been fantastic, no problems at all! We have some damage to our sail now though, unfortunately. In the middle, there is a tear about half a meter. It was already a little bit worn out and there were some heavy waves that smashed into it, and strong winds have caused the final damage. We had to give it to the sail makers here in Boston to fix.”

Since the start of the regatta, you’ve had the opportunity to visit four countries. How enjoyable have your experiences been?

“Wow… that’s hard to answer. We had a very warm welcome in Bermuda to go with the warm sand and seas. The Caribbean was absolutely great. Las Palmas was very welcoming and the fixing of our engine in 24 hours was amazing.

“But what really surprised me the most was our arrival in Salem, as we stopped off before coming into Boston. We decided to stop there with some of the other smaller ships and they were absolutely friendly and so warm and welcoming. It was great hospitality. They all came to the ships to see us and the whole town knew we were there and were so excited. It was fabulous.”

What have been your best experiences in the regatta so far?

“It was after the departure from Las Palmas when we had the Trade Winds behind us. We had a constant wind with us and the waves. We raised the spinnaker and were just speeding along, sailing, sailing, sailing, sailing. We also had flying fish alongside us and even flying squids! That was truly amazing.”

What are you most looking forward to when you finally arrive home in Germany, after racing the whole of the regatta route?

“My bed! It’s quite wide and the beds here are very narrow. I can’t wait to be sleeping and not rolling from one side to the other side.” 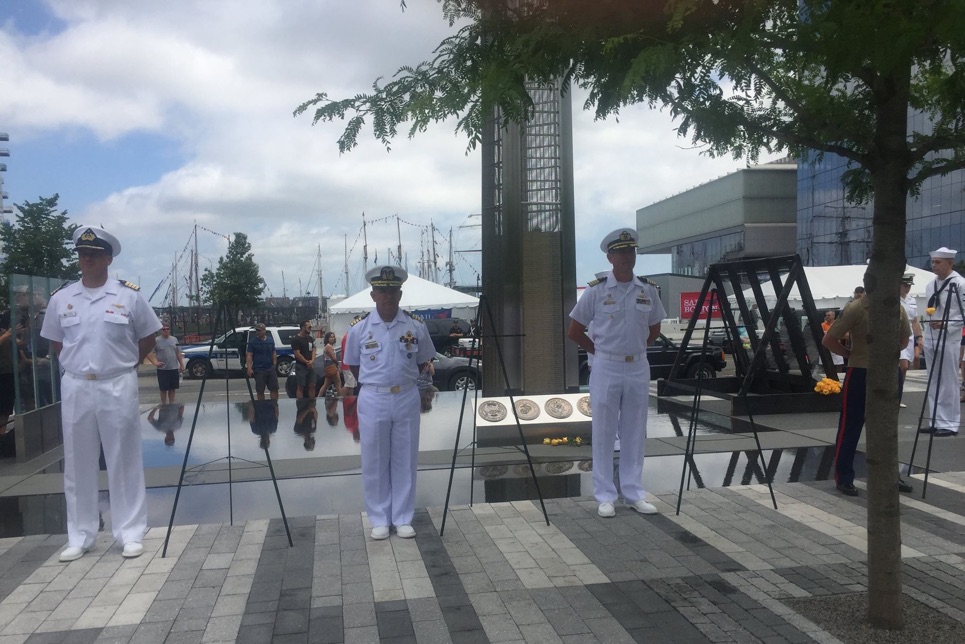 At 11:00, the city of Boston hosted a ceremony to remember servicemen and women from Massachusetts who have lost their lives since 11 September 2001. Held in front of the District Hall, the ceremony saw representatives from the Peruvian, Ecuadorian, Chilian and Canadian services join those from the United States in laying wreathes at the the Massachusetts Fallen Heroes Memorial. It was a fitting tribute to be held during such a spectacular maritime celebration.

You can still be part of this adventure of a lifetime. Berths are available for Race 4 (from Boston to Gulf of Saint Lawrence Ports) onwards. Check out the available places on our Rendez-Vous 2017 Tall Ships Regatta event pages.

You can book your place directly with a participating vessel, or if you’d like help simply email our friendly team on enquiries@sailonboard.com, who can make recommendations, answer questions and process your booking for you.