Tall Ship Atyla is leading the fleet in Race Two of the Three Festivals Tall Ships Regatta 2018. Plus, Tall Ship Belem (France) has sent us photos from the race by satellite phone … and dolphins have been spotted following the fleet.

“Day two on the race course found the vessels sailing on very similar headings; there have been no breakaway tactics and everyone is looking to maximise their speed in the light winds. The vessel currently doing that best, and therefore leading the fleet, is the one with the most international crew representing 11 countries  –  Atyla  (Vanuatu) – proving that cultural and language barriers can truly be broken down to form a cohesive team. Interestingly, she was also last over the start so has done well to achieve this position.

“The weather is deceptive however and although the pace is slow, endurance is required to keep that level of concentration throughout the race and the course will change as the vessels approach the Scilly Isles bringing with it different challenges. This is growing into an exciting race.”

Note: Positions and placings are correct at time of writing. Check out YB Satellite Tracking for the latest information. 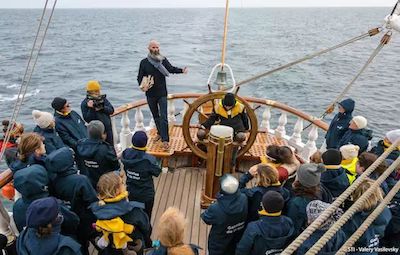 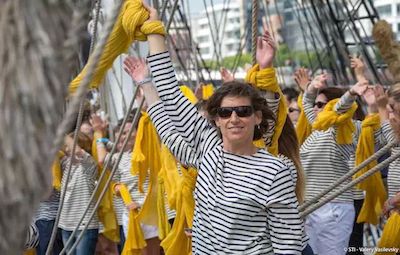 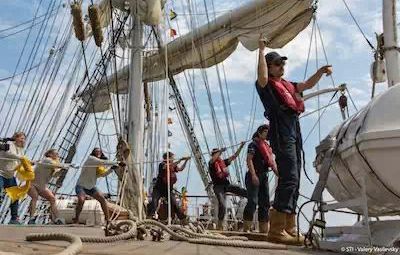 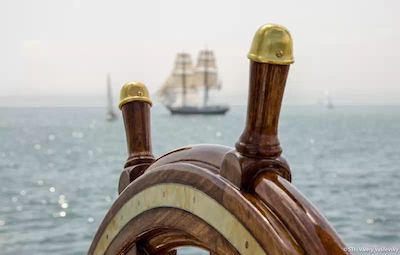 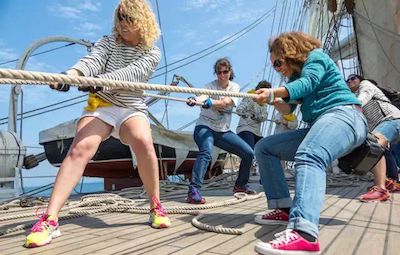 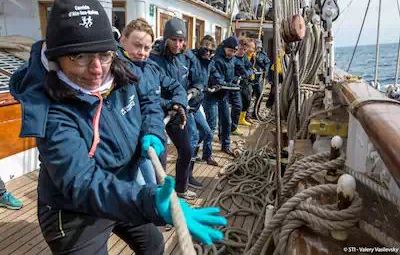 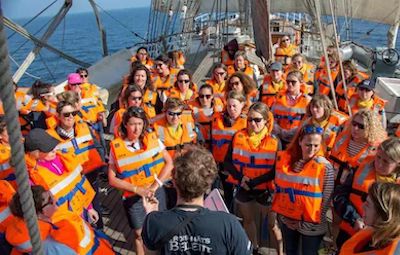 Every day is a learning day

The Three Festivals Tall Ships Regatta is a two-leg event across three sea areas will take place in north-west Europe. Liverpool, United Kingdom (U.K.) will be the start port, then vessels will race to Dublin, Republic of Ireland (R.O.I), and onto Bordeaux, France. The Regatta will see an international fleet of Tall Ships undertake a voyage across the Irish Sea, Celtic Sea and Bay of Biscay.

Any Tall Ships Regatta is a spectacular event for visitors and crew alike, and the Three Festivals Tall Ships Regatta 2018 is no exception. Each stop on the regatta route will coincide with major celebrations as Liverpool marks the ten year anniversary of their year as the European capital of culture and Bordeaux hold the leading European wine festival, Bordeaux Fête le Vin.

Photos:  Banner and feature image Atyla (Vanuatu) during the Dublin Parade of Sail.  All other images sent by satellite phone from Belem (France) during Race Two of The Three Festivals Tall Ships Regatta 2018.