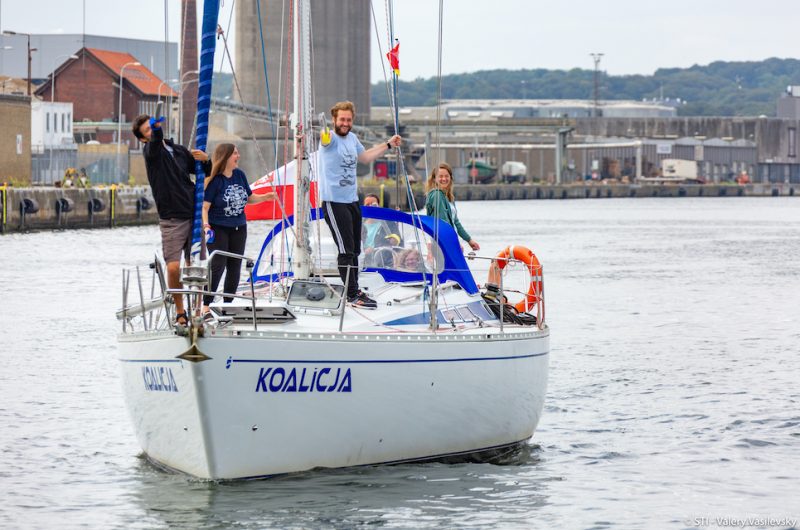 Koalicja (her name can be translated as ‘coalition’ but is also a combination of the owner’s children’s names who are also avid sailors) joined us for the first time this year from Poland. She was bought by the present owner in 2014, and after a small renovation, which included new engine and sails, she began to take short trips near her home port of Szczecin. Every season brought new improvements to rigging and safety equipment and the yacht started to visit ports all over the Baltic Sea, training inexperienced sailors in rough conditions as well as on the manoeuvrability courses, while the vessel remains in port.

Koalicja’s owner used to sail on other Polish yachts that train young people, also during Tall Ships Races, and that is why he made a lot of effort to prepare Koalicja so she could participate in those kind of events as well. Finally in 2019 Koalicja went on her longest 6-week journey by far – The Tall Ships Races 2019. The trip has been a huge success, with the vessel coming first in Class C/D in Race One from Aalborg to Fredrikstad, along with some amazing adventures for both the crew and the trainees – a really successful start to what we hope will be a long and happy association with our events. If everything goes according to plan, 2020 will feature twice as long a journey from Poland to Spain and Portugal where the next Tall Ships Races take part.