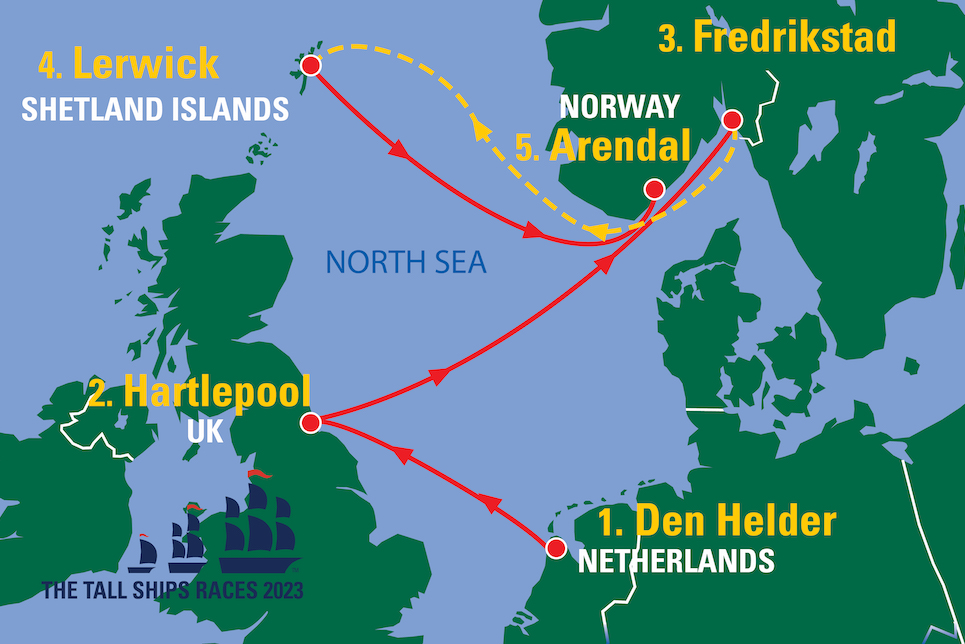 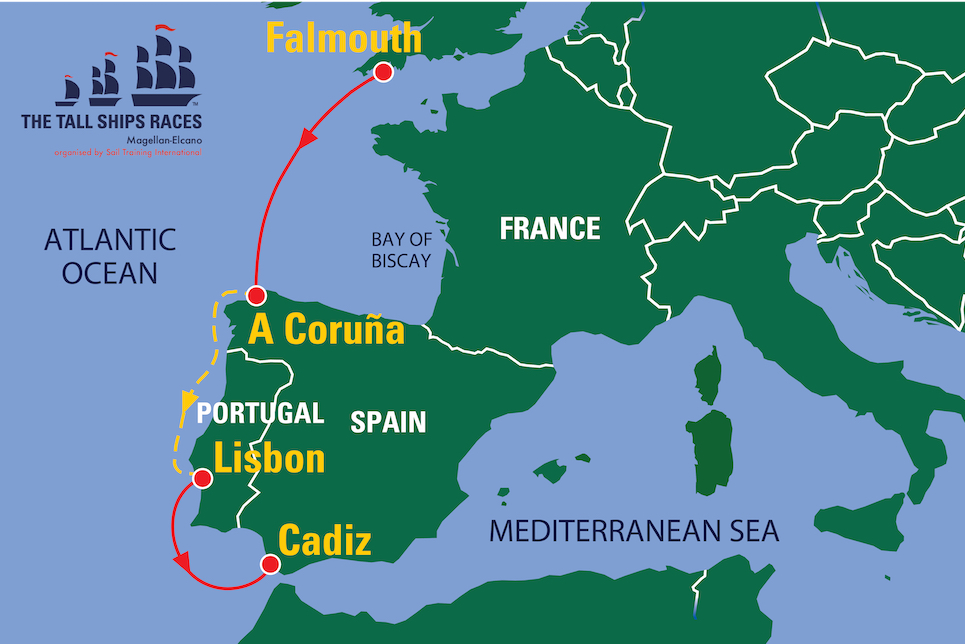 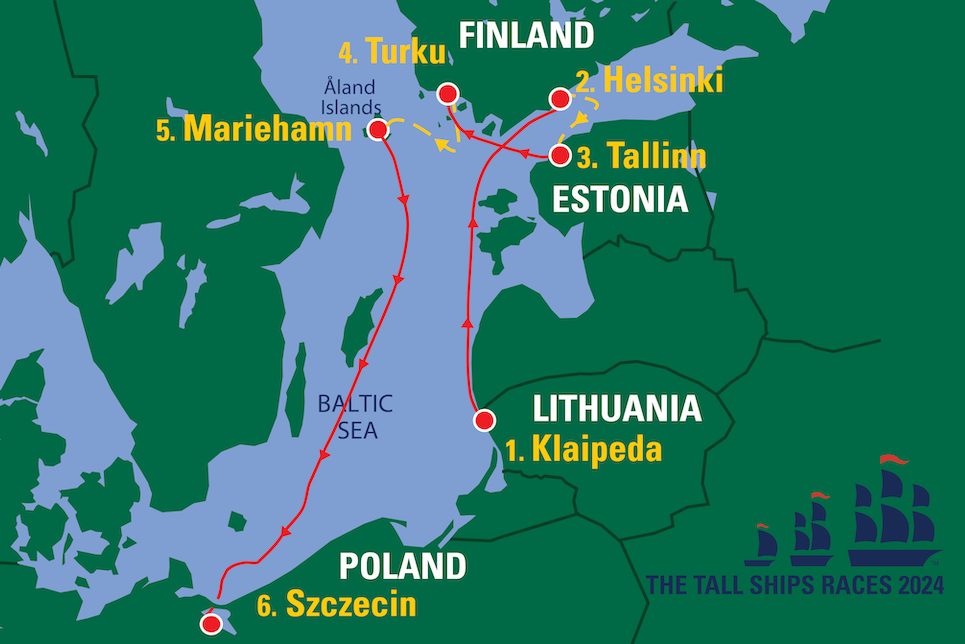 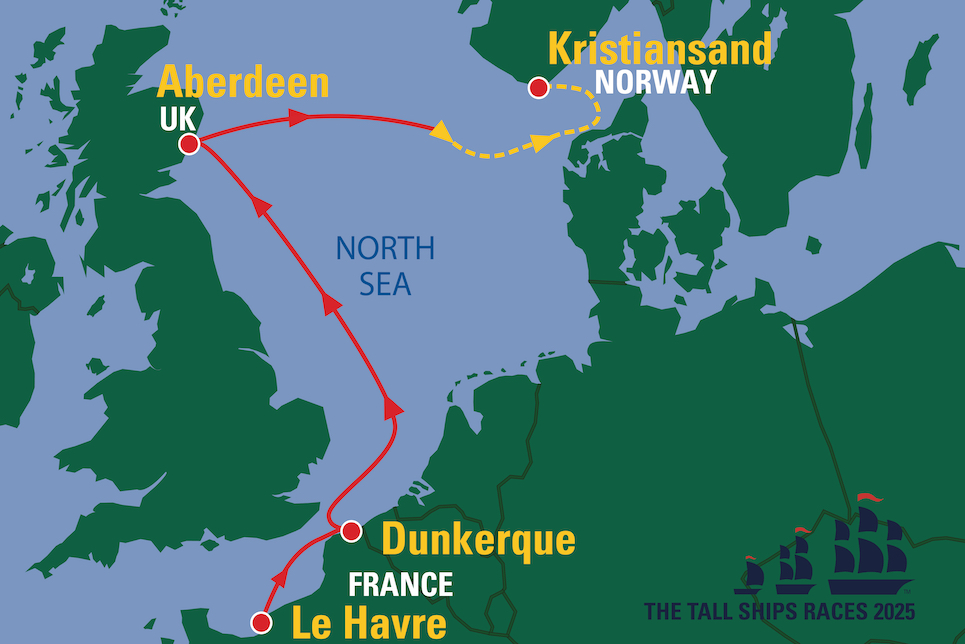 The Tall Ships Races 2023 will see the international fleet of Tall Ships and Small Ships return to Den Helder, Hartlepool, Fredrikstad and Lerwick from 29 June to 29 July…

With all Host Ports having already hosted the stunning Tall Ships fleet, we are excited to return to old friends and once again for some exhilarating sailing, stunning cruises and celebrations across Northwest Europe.

As with every edition of The Tall Ships Races, the series will offer a range of sailing experiences for trainees and crews. The Race Committee has looked at waypoint options to provide both shorter and longer races.

The race series will not only offer trainees a range of Sail Training experiences, it will also provide a variety of attractive options for vessel operators and provide a strong base for trainee and crew recruitment.

“We have immense pride in our rich history with Den Helder, Hartlepool, Fredrikstad and Lerwick and look forward to returning to these ports with The Tall Ships Races 2023. We are thrilled to welcome back old friends of the series and are confident these ports host the international Tall Ships fleet in spectacular fashion with their longstanding maritime legacies.

“We have no doubt that these Host Ports will extend a warm welcome to ships and trainees alike, showcasing our values of international friendship and understanding and the development of young people. We look forward to bringing The Tall Ships Races 2023 to the North Sea with great excitement.”

Den Helder will welcome The Tall Ships Races back for the first time since 2008, having also hosted the series in 1996. We’re delighted to return to the Dutch coastal city with its rich maritime history and cultural heritage.

Hartlepool first hosted the Tall Ships fleet during The Tall Ships Races 2010 and will welcome the race series for the second time in 2023. The northeastern port town laid on a stunning four days of celebrations during our first visit and we can’t wait to return.

Following three spectacular events, Fredrikstad will be hosting for the fourth time in 2023. The city has a long shipping and maritime history and boasts the stunning Outer Oslo Fjord archipelago, the perfect surroundings for the Tall Ships fleet.

Lerwick, the capital of the Shetland Islands, hosts the Tall Ships fleet for the third time in 2023. The historic town boasts over 300 hundred years of rich history alongside a modern perspective and regularly attracts ships from around the world to its natural harbour.

Arendal was one of Norway’s and the world’s largest maritime towns in the 19th century, the era of sailing ships. The Tall Ships Races 2023 will be the first time the spectacular event has visited Arendal, on the south coast of Norway. Situated in the Raet national park, one of only four marine national parks in Norway, the town will welcome the Tall Ships fleet during a year of celebrations as it marks its 300th anniversary.

Engage with your target audiences in key markets during The Tall Ships Races 2023, drive your brand message and connect with millions of people.

If you are interested in discussing sponsorship of The Tall Ships Races 2023, please contact vanessa.mori@sailtraininginternational.org for further details.