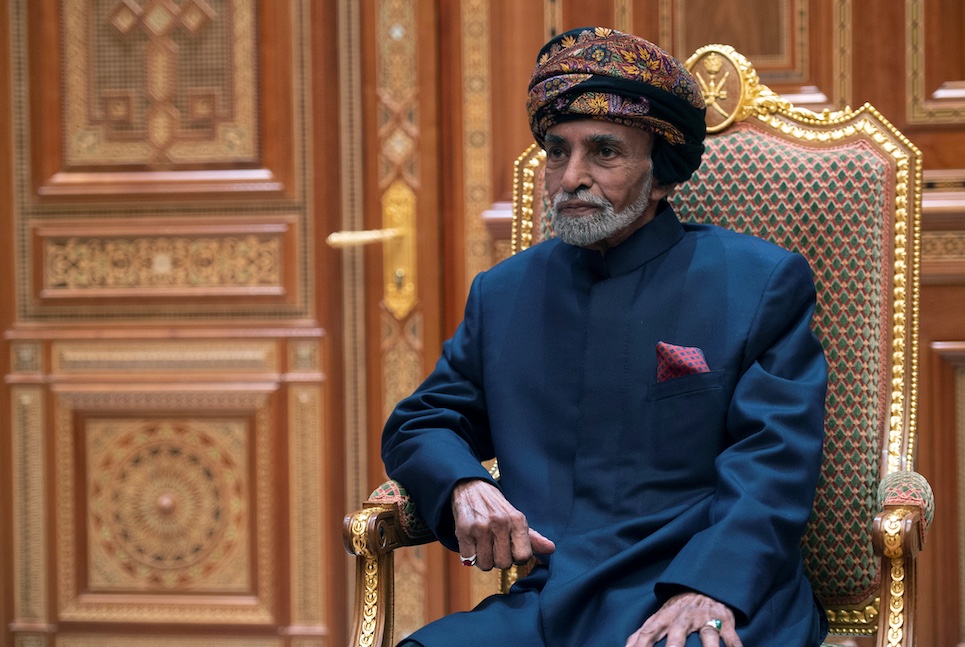 It was with great sadness that Sail Training International learned of the passing of Sultan Qaboos bin Said Al Said who died on 10 January 2020 aged 79. The Sultan, who was a longtime supporter of Sail Training, passed away following a long illness.

Born on 18 November 1940, Sultan Qaboos bin Said Al Said became ruler of Oman in 1970 following in the footsteps of his father and as a fourteenth generation of the House of Al Said. During his reign he was a continuing supporter of Sail Training and The Tall Ships Races, commissioning two Royal Navy Class A Tall Ships, Shabab Oman in 1979 and Shabab Oman II in 2014 who took part regularly in The Tall Ships Races and Regattas around the world over the course of the last three decades.

The Sail Training Tall Ships operated by the Royal Navy of Oman – Shabab Oman, and her sister ship Shabab Oman II who succeeded her in 2014 – have made an unforgettable impact on participants and spectators alike. They have been awarded the Sail Training International Friendship Trophy (awarded by ballot of all the Captains in the Tall Ships fleet to the vessel that has done most during a race series to promote international friendship and understanding) a record eleven times.

Sultan Qaboos bin Said Al Said’s 50 year reign has left a profound legacy of peace and coexistence as he forged a unique path for Oman in the often politically unstable Middle East and Arabian Peninsula. Throughout numerous regional and wider conflicts, Oman was able to play the role of peace maker and maintain a neutral stance thanks to the Sultan’s dedication to diplomacy between even warring nations.

Perhaps the greatest contribution the Sultan made to the world of Sail Training came in 2012 with the launch of the Oman Bursary Scheme. The annual bursary has seen €50,000 invested every year to assist young people from around the world to benefit from the life-changing experience of participating in the races and regattas organised by Sail Training International.

The Bursary has acted as an invaluable resource to ensure that the world of Sail Training continues to be open to all, regardless of nationality, background, physical ability or previous sailing experience. Alongside the launch of the scheme, a new prestigious trophy, The Sultan Qaboos Sailing Trophy, was donated by the Sultan to recognise vessel operators, Sail Training Organisations and individuals for services to Sail Training.

“The contribution of Sultan Qaboos bin Said Al Said to the world of Sail Training will have had a lasting impact, through the country’s ongoing participation and invaluable support to Tall Ships Races and Regattas.

“The Sultan’s tremendous efforts throughout his reign have played a great role in helping the mission of Sail Training International and his legacy of the Oman Bursary Scheme, the Sultan Qaboos Sailing Trophy and Shabab Oman II will continue to help in the years to come.”

Although the passing of Sultan Qaboos bin Said Al Said is marked with sadness, he will be remembered with with great joy and appreciation throughout the international Sail Training and Tall Ships communities.

The Sultan’s lifelong work in developing the country of Oman and preserving its rich cultural heritage was an inspiring example. His dedication in working tirelessly for peace in the Gulf and wider Arab world is needed more than ever in these uncertain times and will not be forgotten.

Sultan Qaboos bin Said Al Said has been succeeded by his cousin, Haitham bin Tariq Al Saidsa, who has served as minister for culture and heritage as well as leading Oman’s Vision 2040 initiative.