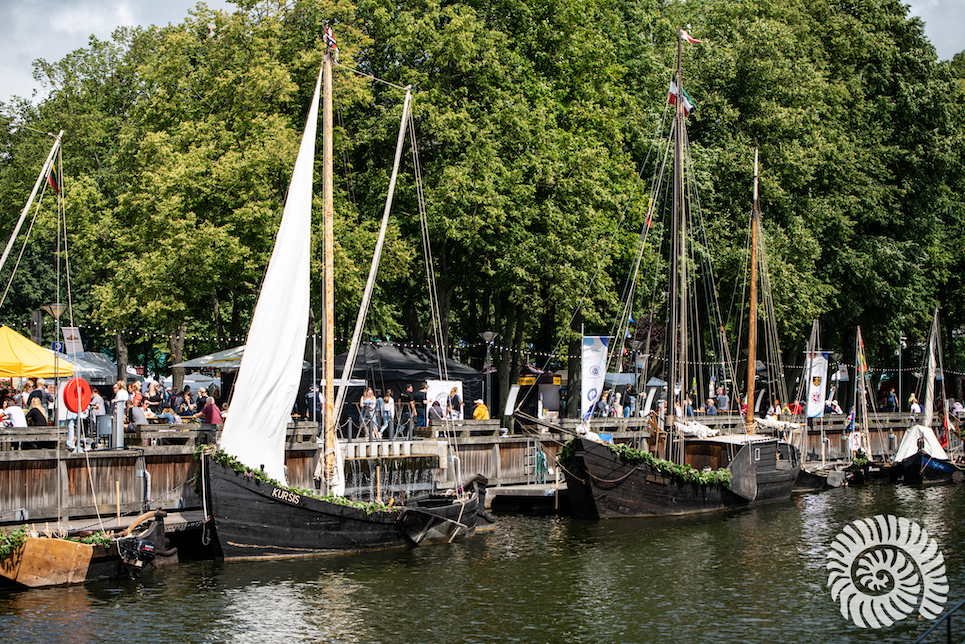 With less than a year until the return of the Tall Ships Races, the city of Klaipeda, recently hosted their annual Sea Festival in unique fashion from July 24-26 in light of the ongoing COVID 19 pandemic.

The Lithuanian city, which will be the start port of The Tall Ships Races 2021, celebrated its maritime heritage and long standing connection with the sea with traditional ships visiting, live music and markets across four days.

This year, the organisers of the Sea Festival presented much of the entertainment on the deck of moored ships and broadcast to TV to create a safer, socially distanced spaces for visitors and share the festivities as widely as possible.

Further measures to adhere to safety requirements saw the traditional March of the Sea Festival, usually attended by thousands, not being held and firework displays cancelled for the 2020 edition of the festival.

Despite having these extra considerations and changes to set up of the site programme, organisers were able to provide the trademark flamboyancy and vibrance of Klaipeda’s annual celebration.

Highlights from the Sea Festival

“It was a huge challenge to put the program together to make it attractive, exciting and safe. We are grateful to everyone who helped with the planning of the event and all of those who participated.”

The Sea Festival was opened by a parade of sail, cannon fire ships and the hoisting of the Sea Festival flag on the mast of the Klaipeda University’s Class B Tall Ship, Brabander. The theme of this year’s celebrations was “Meetings with the Wind” and the whole programme reflected the enduring impact of the coastal winds.

Highlights of the event included traditional boat racing along the Dangė River, live performances from a range of musical acts and dance groups, as well a series of ceremonies celebrating the relationship between the city and and the sea.

The success of the Sea Festival was welcomed by all as the Lithuanian port city continues its preparations to open The Tall Ships Races 2021. Klaipeda will welcome the Tall Ships fleet for the fifth time as the start port for the first 250 nautical miles of Race one, heading towards the River Aura in Turku, Finland.