The first two days of the Tall Ships Races 2016, Lisbon have been a huge success. Massive crowds of spectators and trainees alike gathered in the bright sunshine to check out the international fleet of Tall and Small Ships.

Earlier today (Saturday 23 July), crew members from each of the vessels in the Tall Ships fleet paraded through the port and city of Lisbon in style. The parade travelled through Ruado Ouro, starting at Praça dos Restaurandores and ending at the Praça do Municipio (in front of Lisbon City Hall) for the hugely popular Prize-Giving Ceremony.

The parade was a diverse and colourful melting pot of cultures and styles, with multi-national crews marching along the cobble-stoned streets of Lisbon.

The winners at today’s Prize-Giving Ceremony were:

3rd Class B on Corrected Time

2nd Class B on Corrected Time

1st Class B on Corrected Time

3rd Class A on Corrected Time

2nd Class A on Corrected Time

1st Class A on Corrected Time

Most International Crew (with 17 nationalities)

Most spectacular crew in the parade, Class B, as judged by the Antwerp Port Committee

Most spectacular crew in the parade, Class A, as judged by the Antwerp Port Committee

News From Behind the Sails 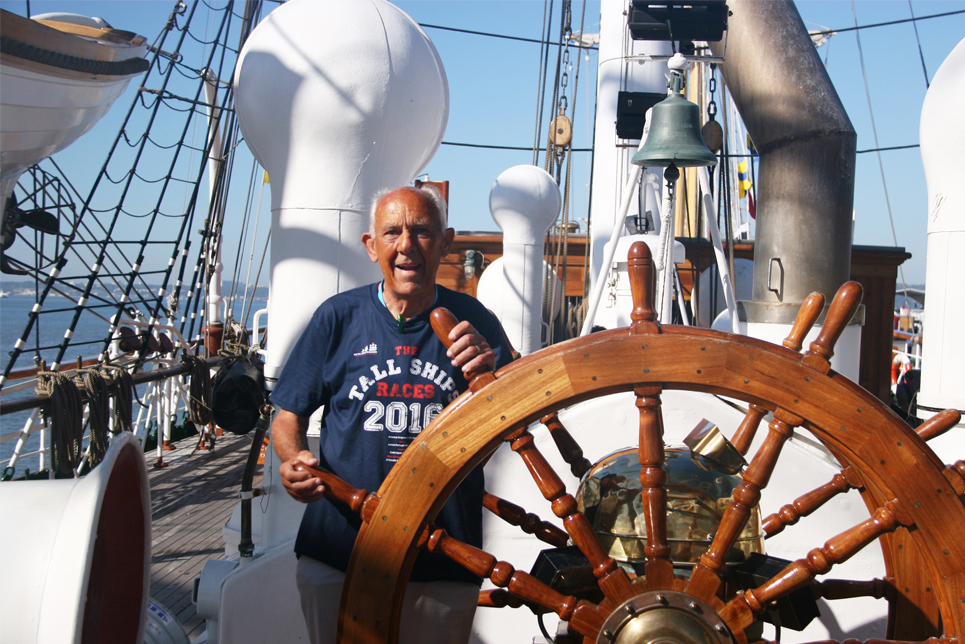 This morning on board Statsraad Lehmkuhl we had the pleasure of meeting Jaak Freemault, a 78-year-old sailor with 10 grandchildren (who he’s promised to inspire to take part in future Tall Ships Races and Regattas). Surprisingly, Jaak isn’t quite the oldest crew member on board… Raymond Comber from the UK has beaten him by a year.