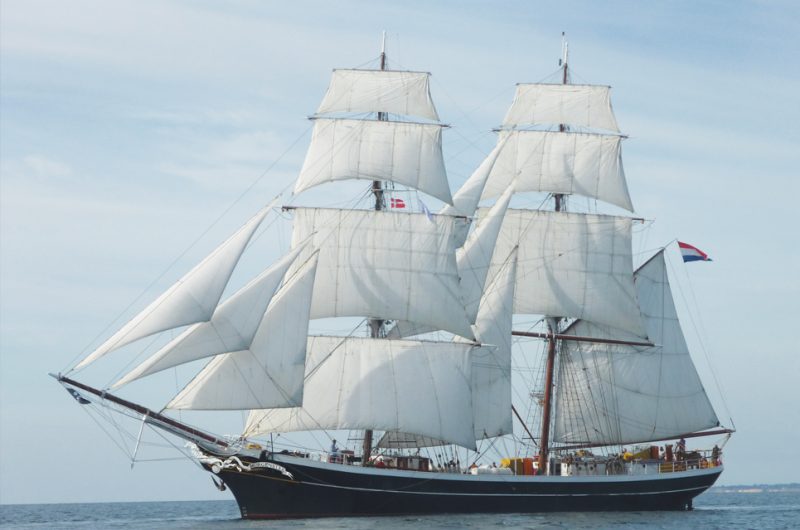 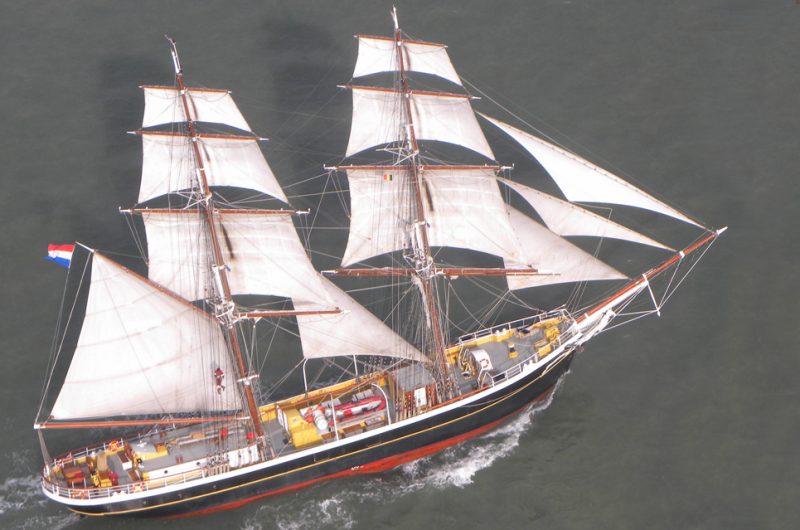 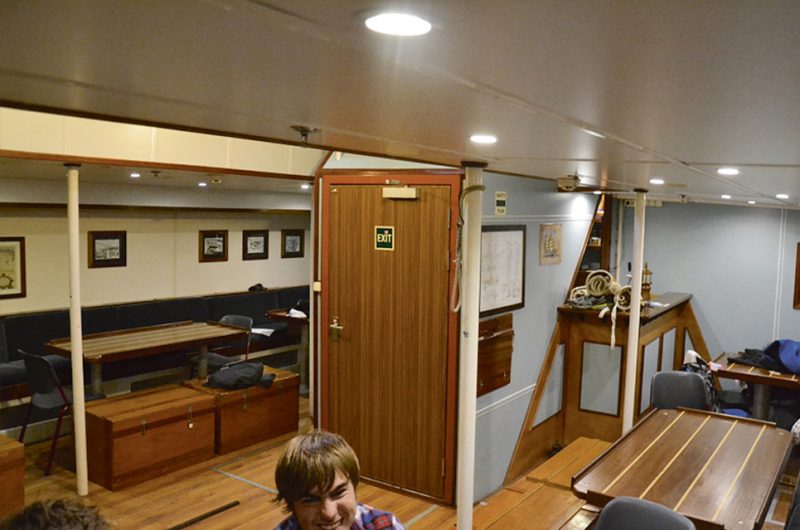 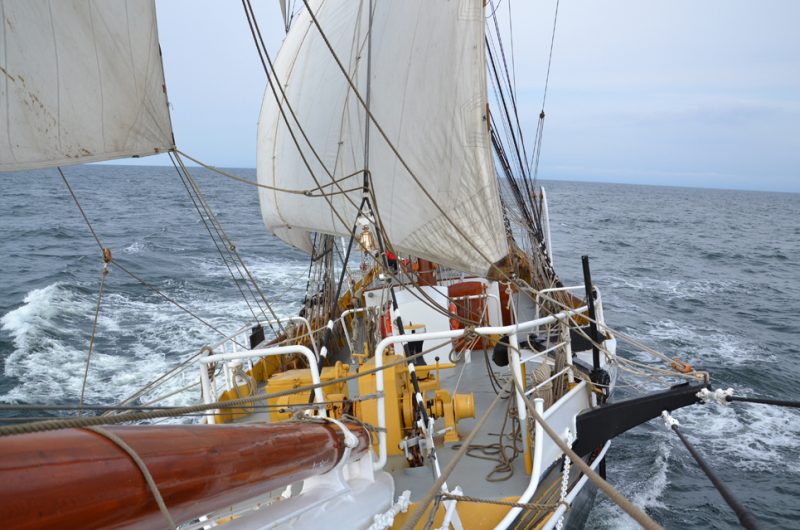 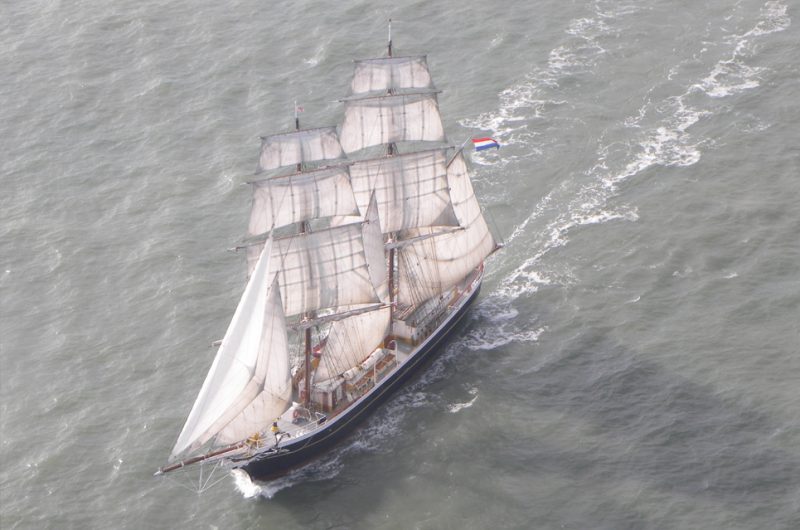 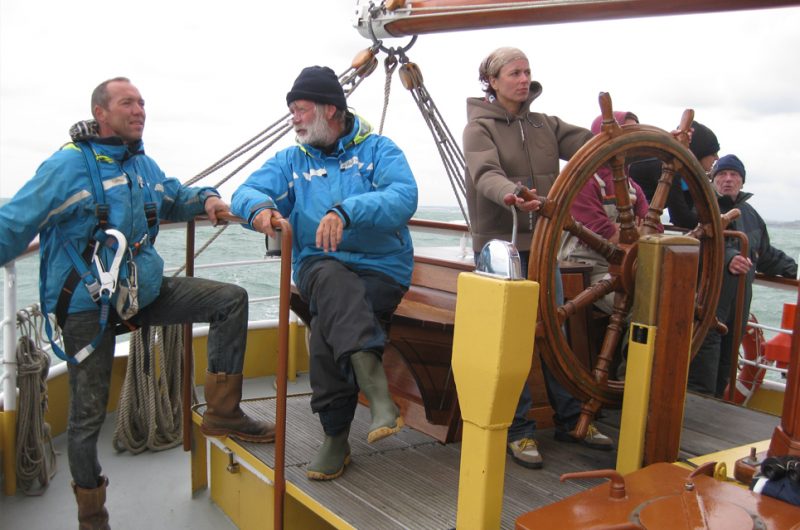 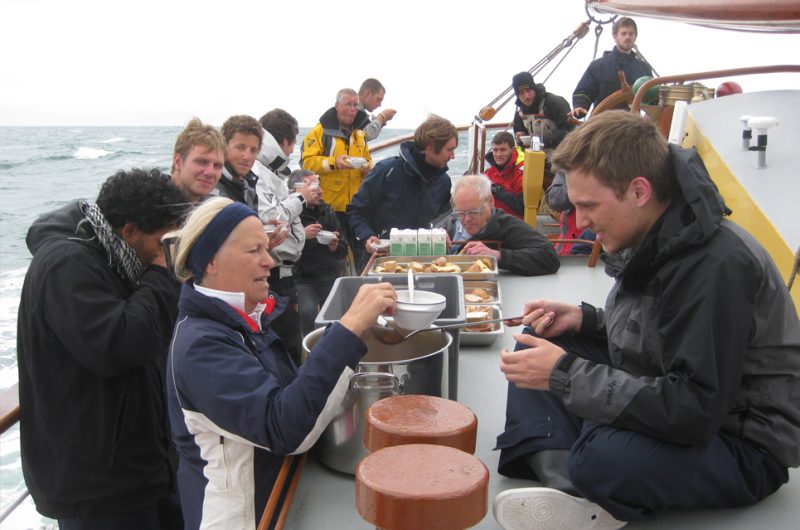 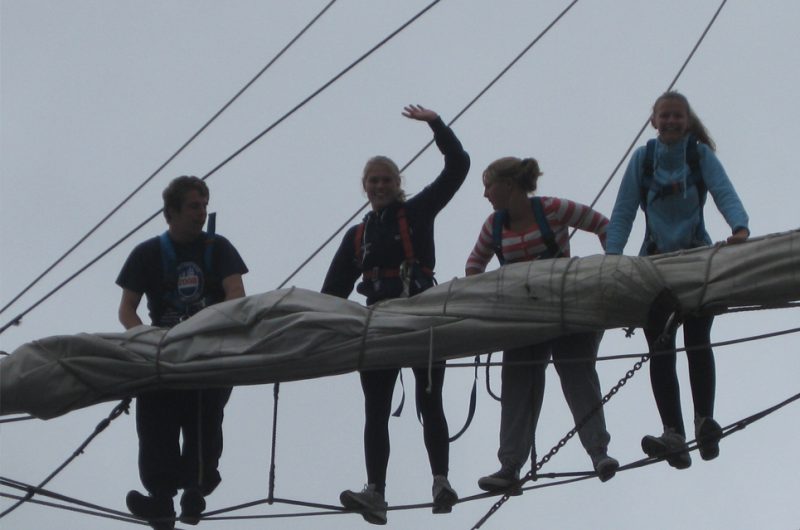 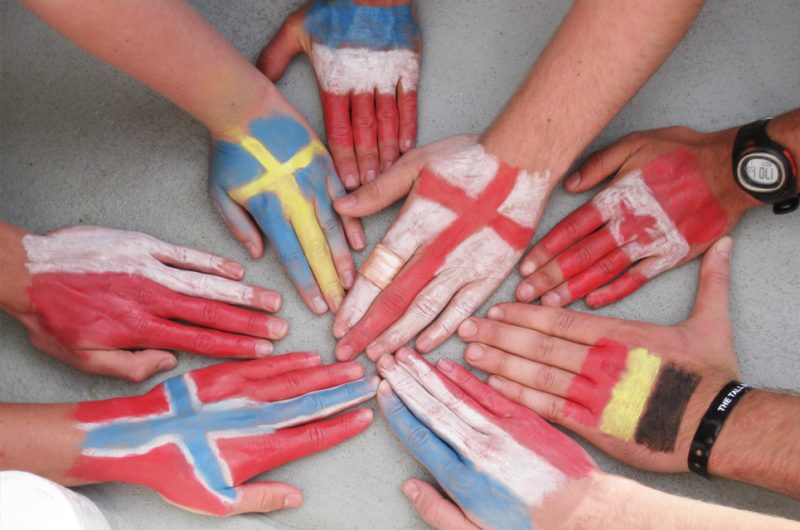 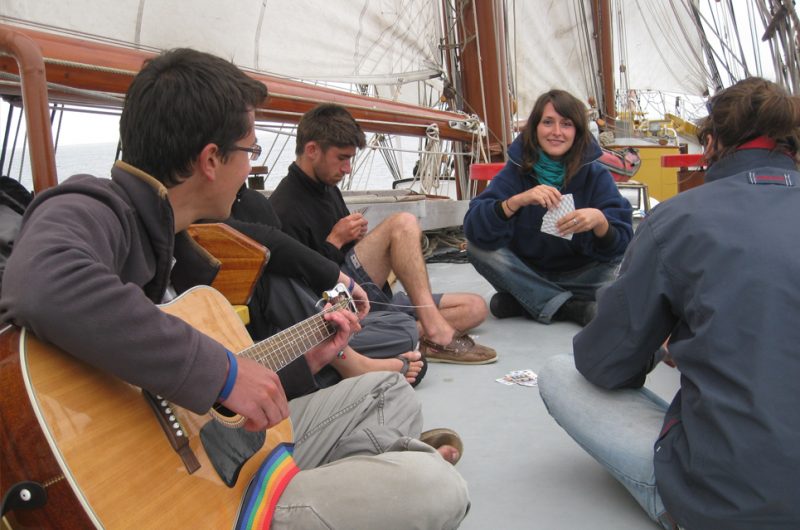 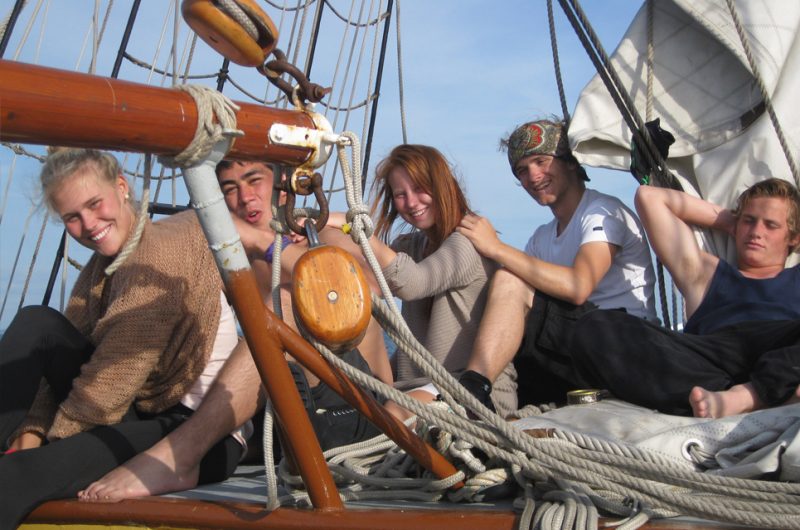 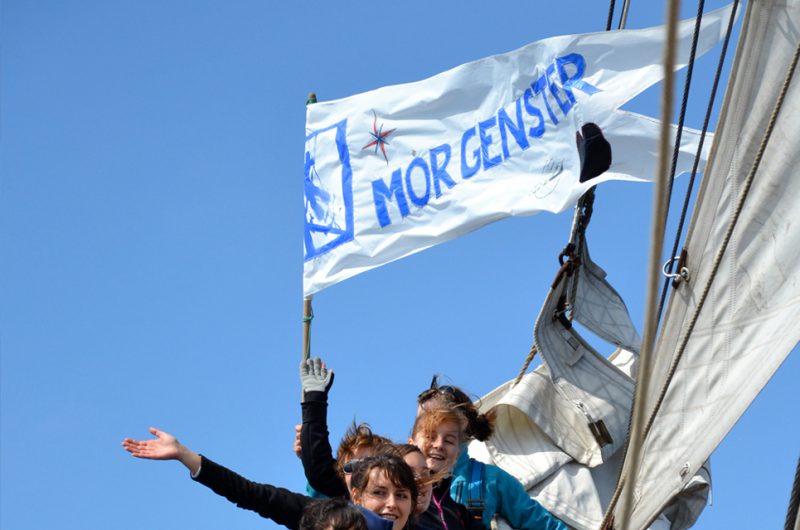 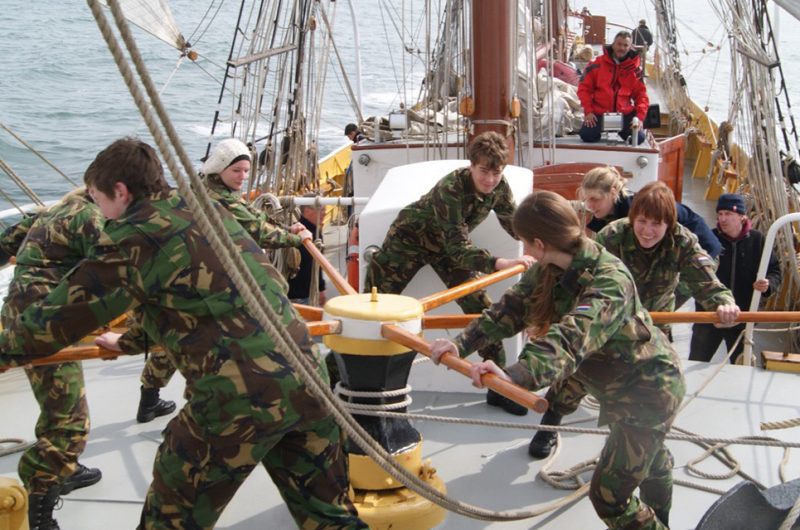 Morgenster was launched in 1919 as a herring lugger “Vrouw Maria” SCH 324 for the fishing company den Dulk. She was built at the shipyard Boot in Alphen.

In 1927 she was motorised (200 HP La Meuse) and extended for another 7 meters. There she got her new name “Morgenster”. She continued as a motorised fishing vessel until 1970. Due to certification requirements the owner took her out of fishing. She was sold to Jaq Vrolijk who exploited her in sport fishing daytrips.

After losing certificates for this business she was sold to a Rotterdam singer who was said to prepare the ship for ether piracy. The singer was prosecuted, but after a series of trials and 2 1/2 years later he was freed and regained the possession of his ship.

In 1983 Marian and Harry Muter bought the vessel in a terrible state of maintenance. The ship was towed to Zijkanaal B near the lovely little village of Spaarndam. Serious repairs and maintenance were carried out during the winter. After selling STV “Jantje” in 2005, Marian and Harry had the opportunity to attend their project with Morgenster on a full time basis.

Finally, in June 2008 she was formally blessed into the sailing world again by the very sympathetic Minister Maria van der Hoeve. Morgenster proved to be a fine vessel ever since, and fast enough in all sorts of weather and easy to handle.

Live out this outdoor reality. Discover your power and the possibilities. Share this experience with the other young people on board in sea-forged friendship. Be inspired by all the experiences the life at sea teaches you. Expand your borders by getting to know people from all over the world, and by doing things you maybe never would have done in daily life. Take the challenge and sail with us to a new experience. The ship welcomes you like a home. The crew is friendly and energetic, they like to make music with their trainees, colleagues and neighbours: everybody is welcome. We like to sail as much as we can, the engine is only used in harbours or when the wind is not in our favour. We have creative solutions for almost everything, together with you we will make anything happen. You will leave the ship with a smile, a tear and a sore voice from singing (or sore ears from listening).

We have an enthusiastic crew, eager to teach trainees about life on board and encourage them to participate in all aspects of life at sea. This includes everything you can think of: from setting sail, climbing the rigging, or preparing a meal. The ship is ideal for groups, but she is not too big. You are able to get to know everybody and everybody is needed. The ship has the warmth of a home, the looks of a pirate, and the speed of a racer. She stimulates you to cooperate with your team and get the best from the experience.
Find your adventure
This site uses cookies: Find out more.