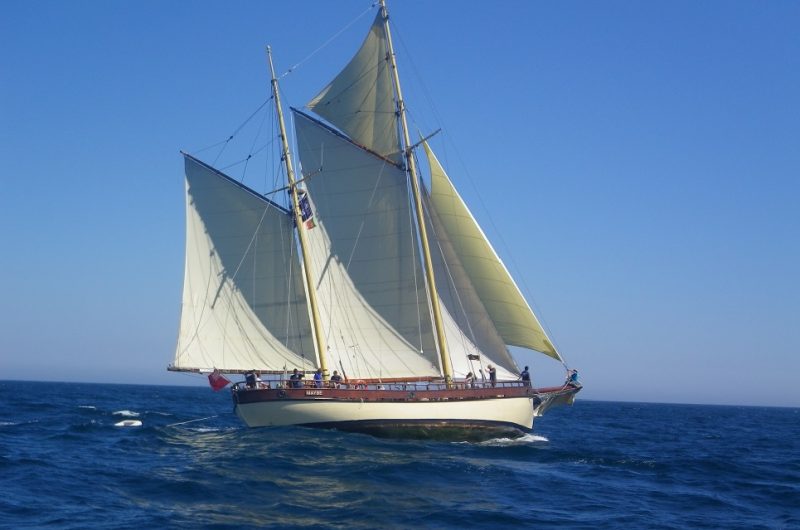 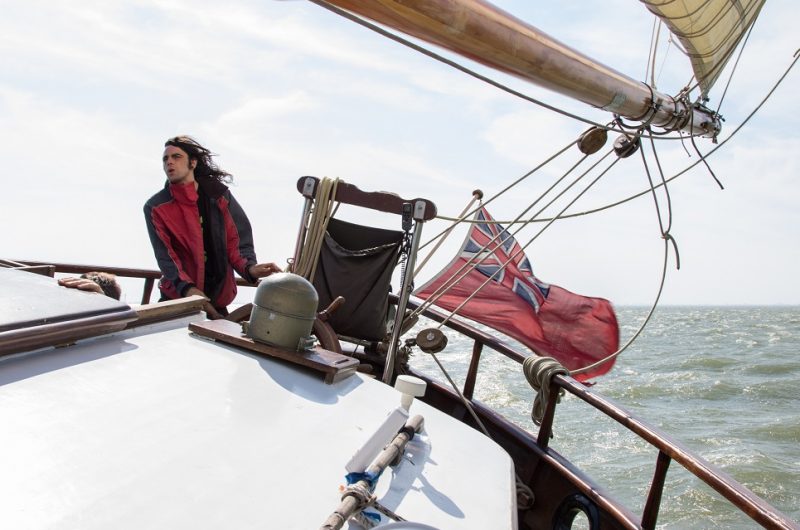 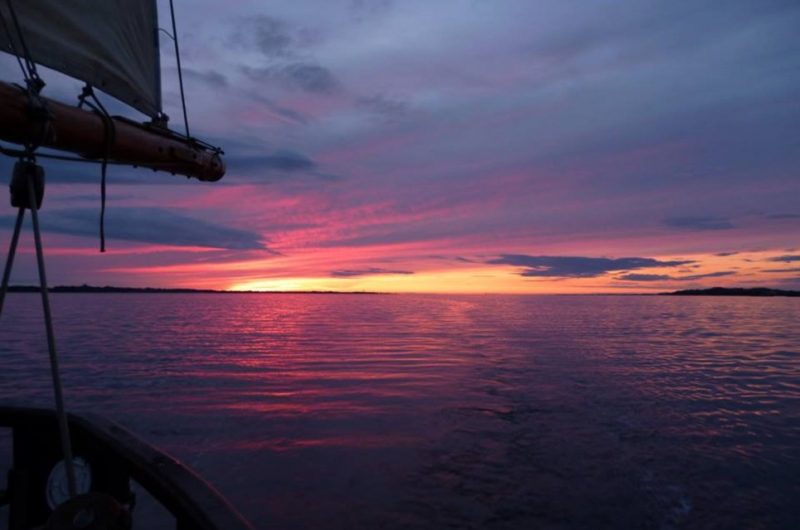 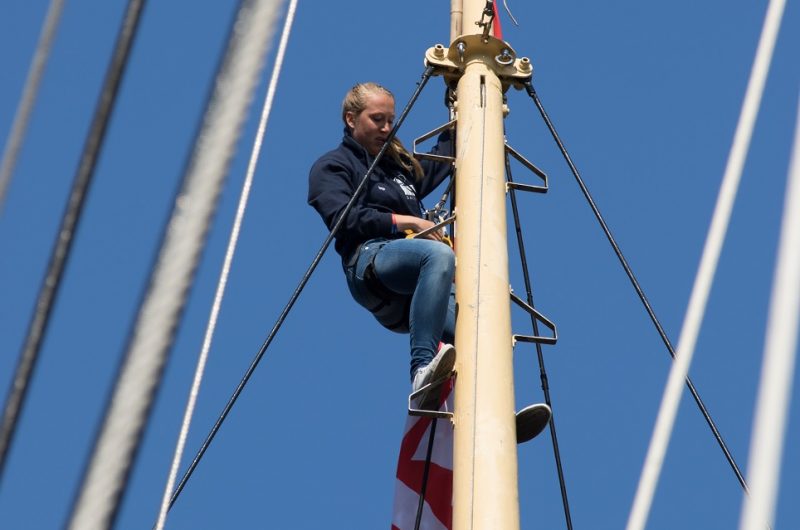 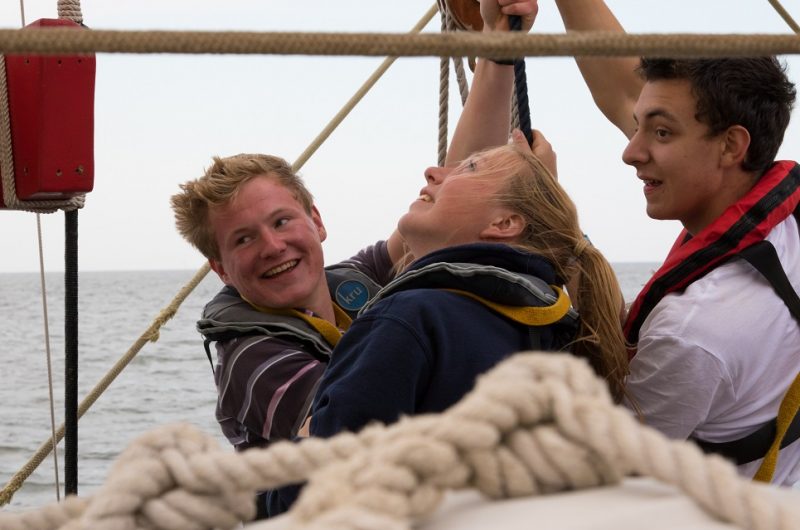 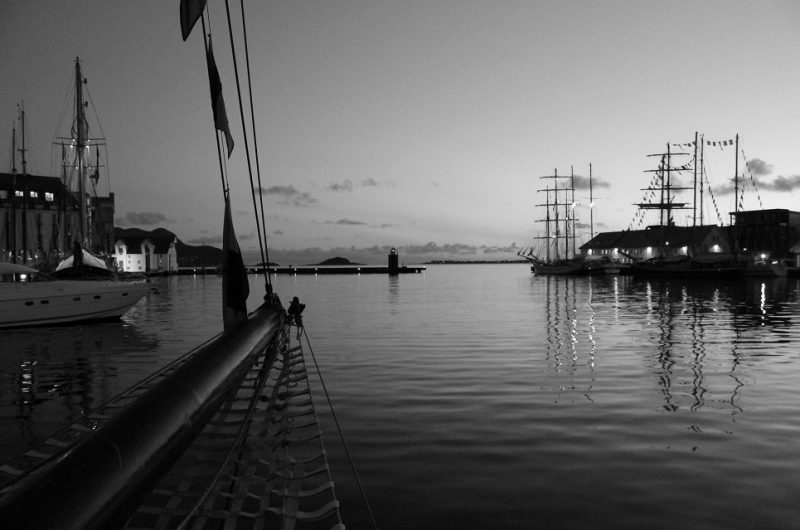 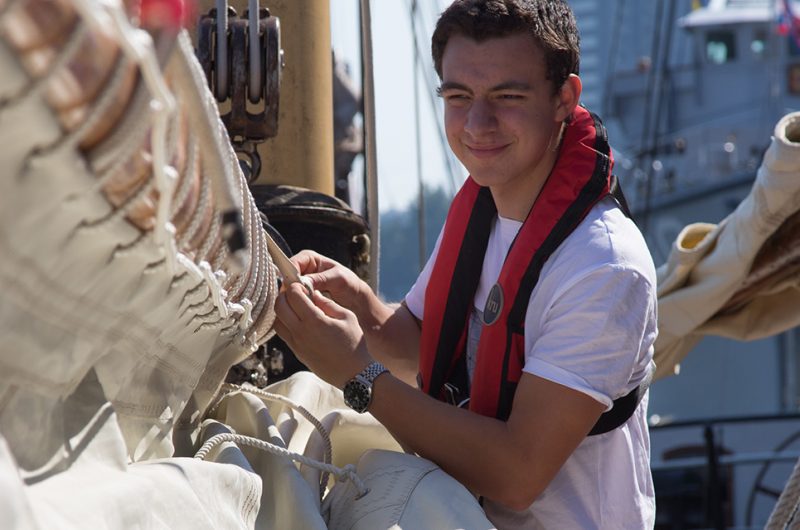 Maybe, launched in 1933, was designed for round the world cruising and built by De Vries Lentsch, Amsterdam for Jan Jacob van Rietschoten. She was hidden during the Second World War and afterwards she underwent a complete refit with a new rig. Maybe took part in the first Tall Ships Race in 1956.
She sailed mainly around the Mediterranean and in the 70’s regularly crossed the Atlantic between the West Indies and the Mediterranean. In the 80’s she also sailed through the Panama Canal and up the east coast of the USA to Canada.
She was sold to the present owners in 1989 and underwent another complete restoration returning to sailing in 2007 around Scotland and then onto Spain last year.

Maybe is very proud of her reputation as one of the friendliest boats in the fleet! When you step on board Tall Ship Maybe, you immediately become a member of the crew, and take ownership of your voyage. You will be involved in every aspect of sailing, from hoisting the sails, steering the ship, navigating in the chart room, to helping out in the galley baking fresh bread, and keeping the boat clean and tidy. You may join Tall Ship Maybe not knowing anybody else on the voyage, but you will leave as part of a family… the Maybe family!

On board Tall Ship Maybe, we have our own sail training programme which our experienced crew will help you work through on your voyage. This includes everything from hoisting sails, trimming sails, steering the ship and navigating, to learning basic sailing knots and learning about the weather. Your voyage always begins with safety briefs and deck briefs, so you understand all the emergency procedures on board. At Maybe Sailing, we are also a registered RYA training school, so can provide Start Yachting, Competent Crew and Watch Leader qualifications. You can also complete your shore-based theory qualifications with us! We are also a registered Activity Provider for the DofE and you can complete your DofE Gold Residential on board Tall Ship Maybe.
Find your adventure
This site uses cookies: Find out more.