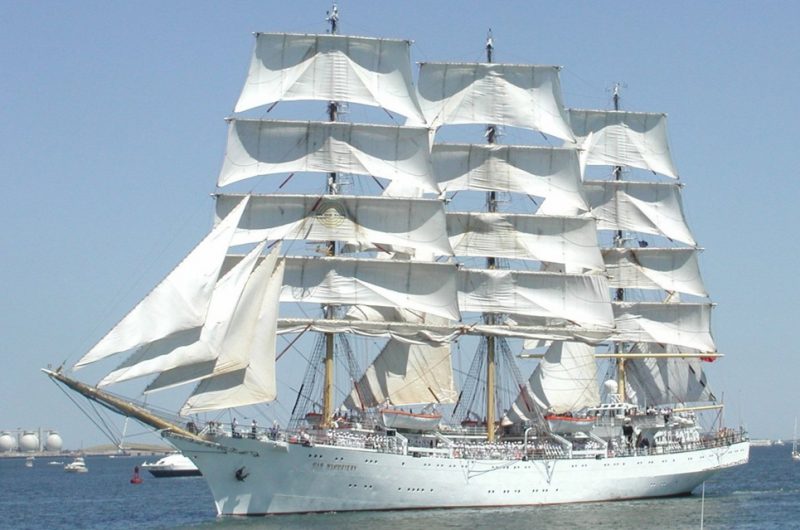 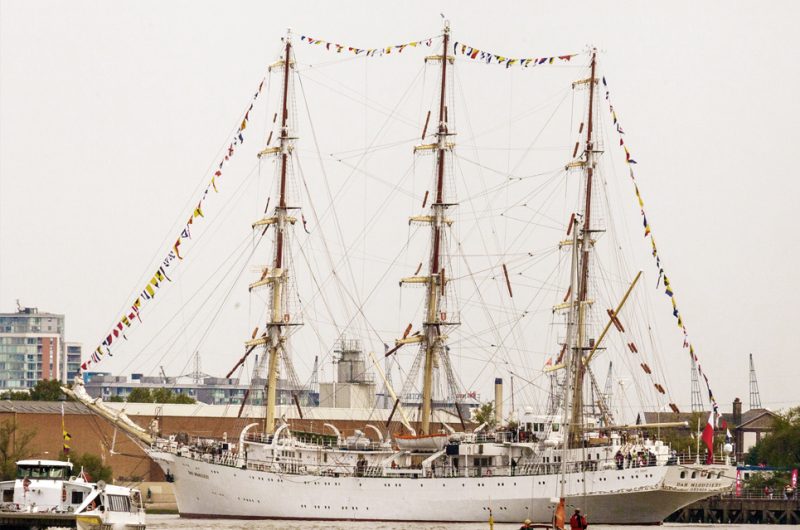 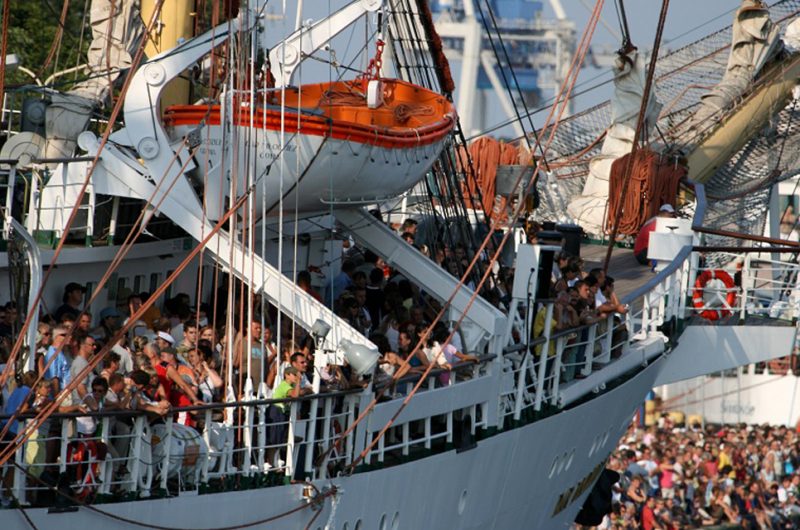 Dar Mlodziezy has been owned by the Gdynia Maritime Academy since she was built in 1982. Her name means “the gift of youth” and she replaced the beautiful frigate Dar Pormoza which had trained future officers of merchant and fishing fleets for over fifty years.

She proved to be a highly successful sail training ship and four other sisters were built in the following years, Druzhba, Khersonses, Mir, Nadeshda, Pallada. She has graced the Tall Ships’ Races with her presence on a regular basis for around 25 years.

Her debut was in 1982 when she crossed the start line directly after being commissioned. She has undertaken circumnavigations of the globe which included the 200th anniversary of Australia in Sydney in 1988.