The SCF Far East Tall Ships Regatta 2018 in the Pacific Rim is fast approaching. In the spirit of international friendship South Korea and Russia have opened their ports to welcome a fleet of some of the world’s most impressive Tall Ships, host exciting races and two, free, family festivals.

South Korea and Russia have joined forces to host the first ever SCF Far East Tall Ships Regatta this September. To-date ten beautiful Tall Ships from Indonesia, Japan, Russia and South Korea have entered this historic event, including Russian Tall Ships Nadezhda and Pallada, and the spectacular Indonesian Tall Ship Bima Suci the Indonesian Navy’s floating ambassador, named after a Javanese hero that was a symbol of force, bravery and righteousness.

The event, sponsored by one of the world’s largest shipping companies, Sovcomflot (SCF), starts in Yeosu, South Korea, on Monday 27 August where a free, family festival will be held until Saturday 1 September. The race to Vladivostok, Russia, then begins ending with another festival from Sunday 9 – Tuesday 11 September, when a day race will be held, followed by more festivities until Friday 14 September. 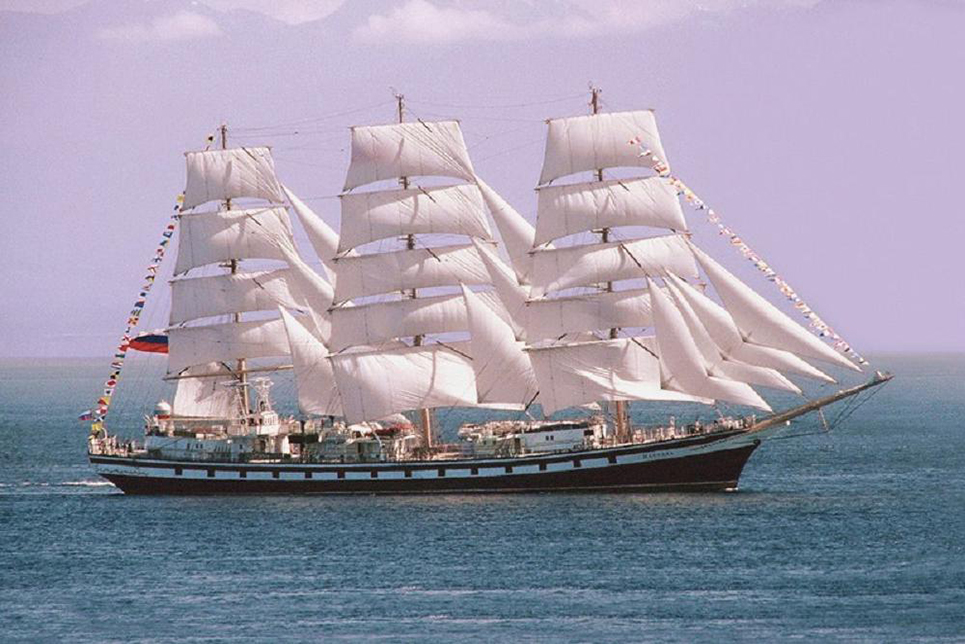 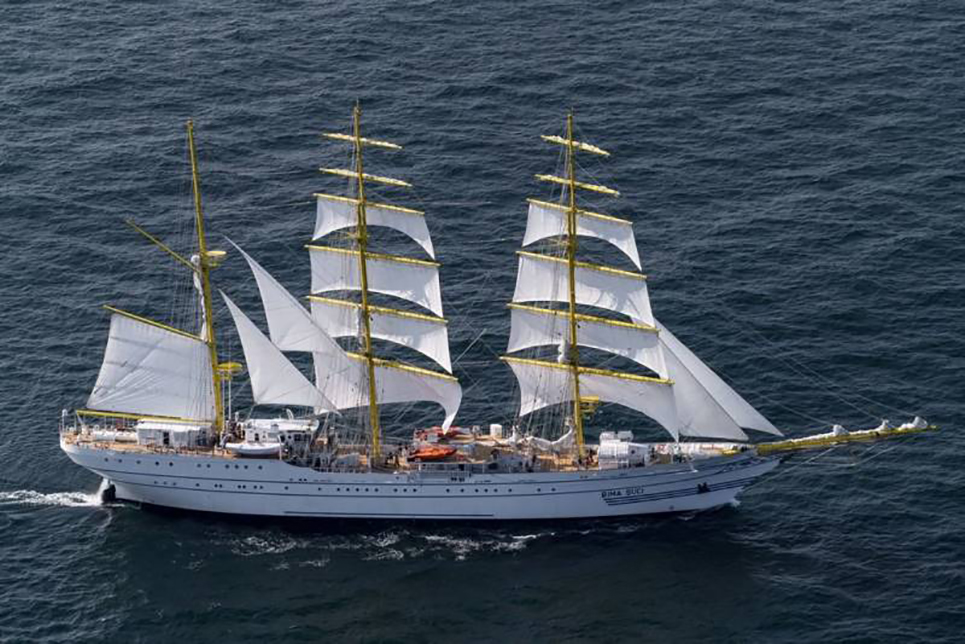 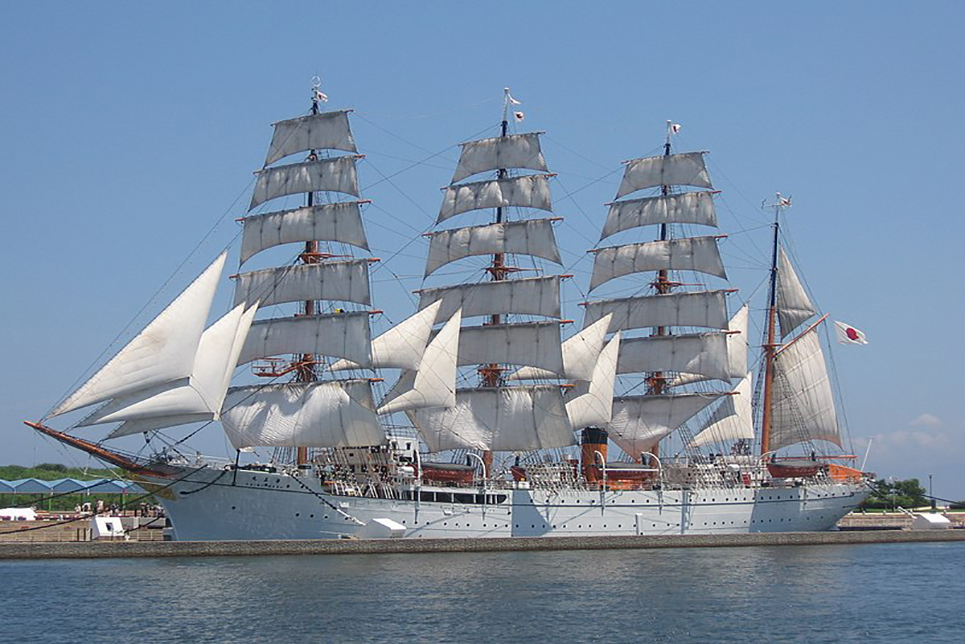 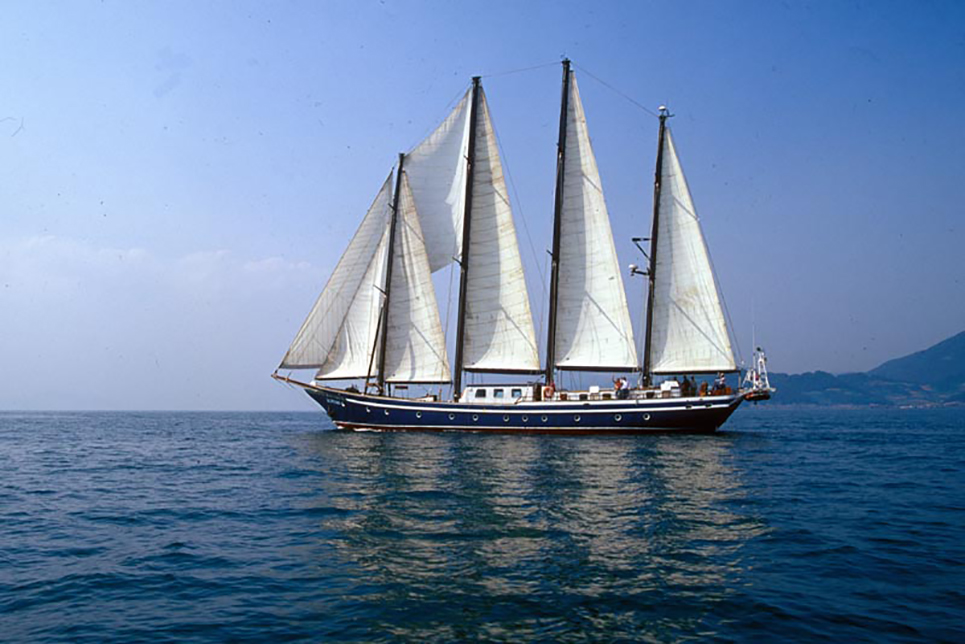 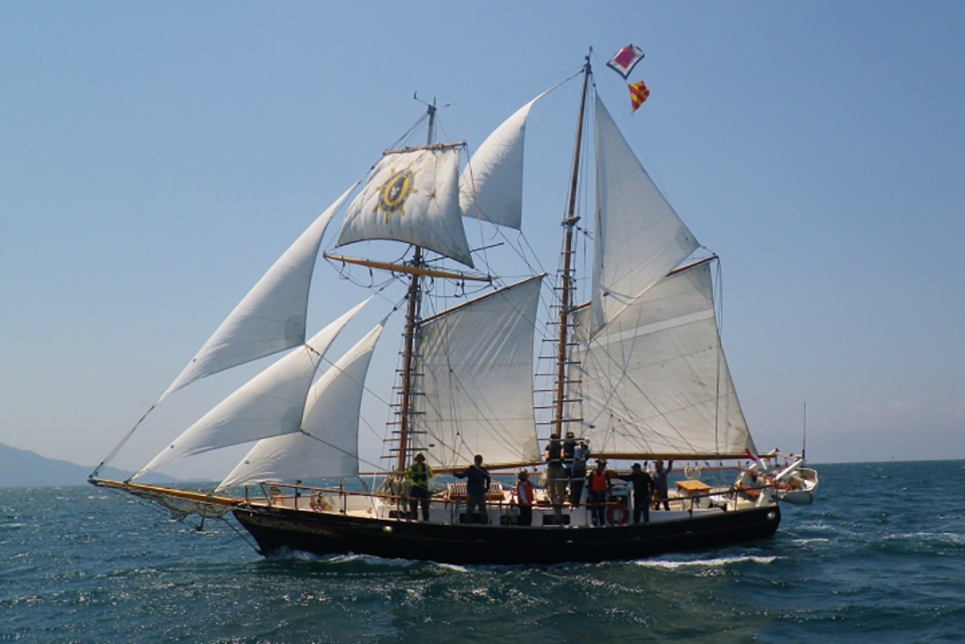 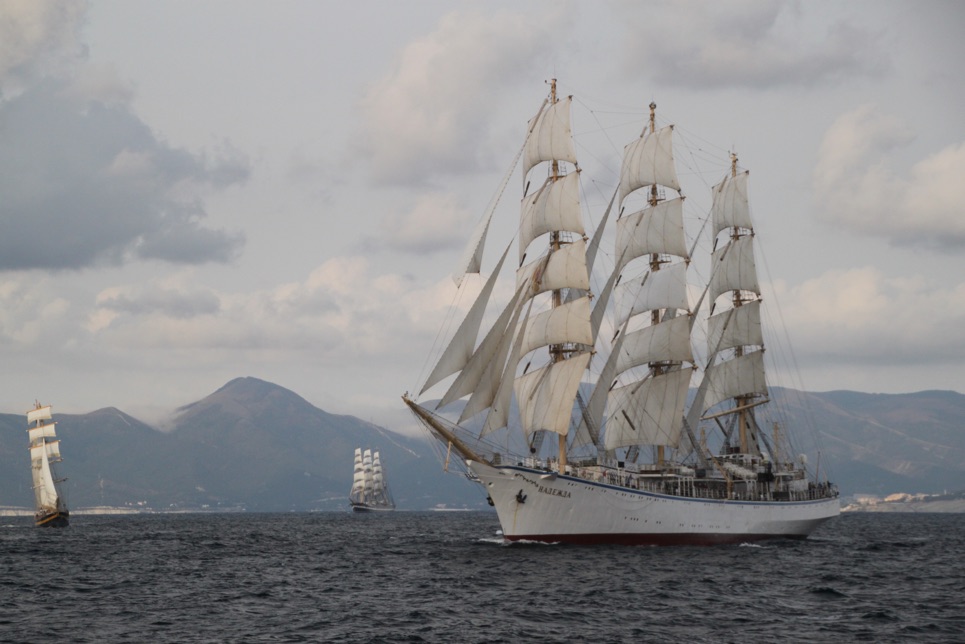 For hundreds of years, the Russian Federation has enjoyed close economic and trading links with the countries the vessels come from. But it wouldn’t be a true reflection of the strong heritage of trade in the Pacific Region without representation from the People’s Republic of China. To recognise this, and the importance of the event, the world famous Qingdao International Yacht Club will be holding their own annual race of ten 40′ Beneteau Yachts alongside the Tall Ships fleet race from Yeosu to Vladivostok.

The Qingdao International Yacht Club was founded in 2003 in one of the hubs of Chinese yachting, Qingdao. The club rose to international fame after being the home of the China Team which competed in the 2007 Louis VuittoAmerica’s Cup. Ever since, it has been a true sign of excellence in the world of competitive Chinese sailing.

An Important visit from the Japanese Fleet Crew members from Kaiwo Maru and Nadezhda greet each other in Vladivostok.

On 1-3 June, the Japanese Tall Ship, Kaiwo Maru, sailed into Vladivostok and met members of the crew of the Russian Tall Ship, Nadezhda. The crews gave each other a warm welcome and enjoyed tours around the Maritime State University and the sights and sounds of the beautiful city of Vladivostok.

The visit was just one example of the special bond between Japan and the Russian Federation, which is being marked in 2018 with the Cross Years of Russia and Japan. Throughout the year, there will be a series of events in politics, the economy, science, culture and art, as well as student exchanges. The events are designed to recognise both countries’ rich history, culture and traditions and to strengthen mutual understanding between the peoples of the two countries.  Russian events are being held in Japan, and Japanese events in Russia.

An Exciting Year of Events in Russia

The SCF Far East Tall Ships Regatta 2018 will be one of a number of fantastic celebrations happening throughout Russia this year. In addition to this unique adventure, the country will be hosting the FIFA World Cup 2018, Formula 1 2018 VTB Russian Grand Prix in Sochi, World Fireworks Championship 2018 in Kalingrad and the Eastern Economic Forum in Vladivostok.

The world’s most widely viewed sporting event is currently taking place in Russia in 2018. Over 2 million tickets have been sold for the 64 matches being held across the federation, and there are many more visitors expected to enjoy the celebrations.

Now in its third year, the World Fireworks Championship in the resort city of Zelenogradsk, Kaliningrad will be returning to Russia in 2018. According to the organisers, this year’s teams of pyrotechnists will come from Austria, the United States, Romania, Canada, the Philippines, India, Hong Kong and Switzerland. The event is scheduled to take place on 8, 12 and 22 September. The state of Kaliningrad said the campaign was aimed at effectively re-using the stadium after the World Cup.

The 16th race of the Formula 1 2018 Championship will be taking place in Sochi, Russia. The Sochi circuit, located in the Black Sea resort of the same name, is the first purpose-built Formula One facility in Russia and hosted the country’s inaugural Grand Prix in October 2014. Thousands of visitors are expected to watch the racing action.

The regatta will coincide at exactly the same time as with the Eastern Economic Forum (EEF) in Vladivostok (11-13 September). The EEF has established itself as a major, international platform and key event for business leaders and top political figures from around the world. World leaders from the region, and beyond, are expected for the three day, annual event, which was founded by Russian President Vladimir Putin.

A Preview from Vladivostok

To help get you even more excited for this fantastic event, check out this preview of Vladivostok.

Every day SCF Group vessels arrive at more than 100 ports on five continents. The offices are located in Moscow, Saint Petersburg, Novorossiysk, Vladivostok, Yuzhno-Sakhalinsk, London, Dubai and Limassol; The Group’s total staff number is over 7,800. Sovcomflot is one of the leading and most stable employers in the cities located at the seaside in North-West, South and Far East of Russia.

A Russian translation of this blog post is available here.