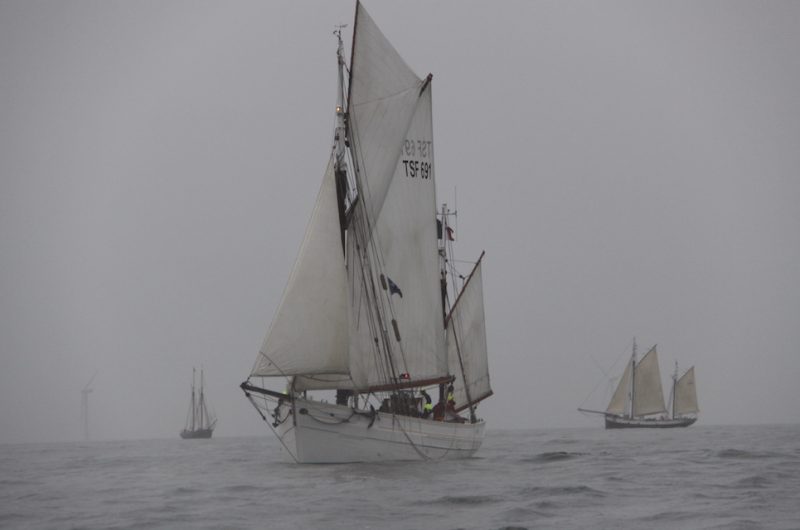 Mutin is the oldest vessel in the French Navy. She was built in 1926 in the shipyards of Florimond-Guigardeau in the region of Sables d’Olonne of France and launched on 19 March 1927. Like any  tuna fishing vessels built in Sables d’Olonne MUTIN is traditionally rigged, however she never served as a tuna fishing vessel.
From 1927 she was used for pilotage training to the naval school of Saint-Servan near Saint-Malo in France. However, this was ended during the Second World War as she carried out intelligence missions bearing the British flag in the Atlantic and Mediterranean waters.
MUTIN regained her original flag on 20 July 1946 and went back to be used for pilotage training at the naval school of Saint-Servan . In 1964 her training purpose was expanded to the boatswain school for the French Navy based in Brest.
Ever since 1968 MUTIN has continued to be used as a naval training ship for the French Navy. Like the other sailing ships in the French Navy MUTIN is a valuable ambassador for the French Navy around the coastal areas of France and Europe.